Top 10 Czech castles and chateaus to visit in winter

The Czech Republic is known for its beautiful castles and chateaus. They can be found near or in cities, but sometimes also in the midst of bucolic nature. Some monuments close their doors for the winter season, but others leave them open so that visitors from all over the world can marvel at their architectural splendour, the furniture and works of art they house, not to mention the parks and gardens. Baroque palaces, neo-Gothic wonders, castles - a trip to the Czech Republic to visit its castles is something special in winter. It is a pleasure to take refuge in them to admire every detail and to learn more about their history. Here are 10 of the most beautiful castles in the country.

Situated in Eastern Bohemia, Litomyšl Castle is a superb Renaissance-style arcaded building. Its facade is topped with pediments and sgraffiti, and baroque-classical additions were also made in the 18th century. The interior is just as interesting, with its decoration and the presence of an amazing permanent exhibition of historical pianos. For film buffs, it is worth mentioning that one of the rooms reveals a splendid chandelier that was used during the shooting of the Oscar-winning film Amadeus. Later, when you leave, a beautiful stroll awaits you in the pretty French garden that surrounds the park. Among other things, there are baroque statues of Greek deities.

Visiting Prague Castle is always a special moment as it is the largest old castle in the world. It is a real complex with alleys, courtyards, palaces and chapels. The building is dominated by the impressive Gothic St. Vitus Cathedral, where Czech saints and rulers are buried. The architecture of the castle is a combination of several styles, including Baroque, Flamboyant Gothic, Renaissance and Romanesque. Inside, several museums house works by masters such as Titian and Rubens. Finally, it is impossible to visit Prague Castle without passing through the Golden Lane. With its small, colorful houses, it is a picturesque place.

Located in the town of Hluboká nad Vltavou, this castle may at first glance seem a little too excessive, but it is nonetheless one of the wonders of the Czech Republic. The neo-Gothic style of the castle is dominated by its white façade and no less than 11 towers and crenellated turrets. It was designed by Prince Johann Adam of Schwarzenberg on his return from England, where he had been amazed by the splendour of Windsor Castle. After taking the time to admire it from its garden, you must go inside, into some of its 140 rooms which reveal luxurious chandeliers, coffered ceilings, a rich collection of paintings and incredible woodwork.

This castle, which springs from the protected Křivoklátsko region and forests full of game, dates from the 13th century. Many Czech rulers fell in love with it, and this is one of the reasons why many banquets, political discussions and other negotiations were held here, which had a significant impact on Czech history. Not to be missed are the interiors of the late Gothic chapel, the library with its 52,000 books, and the Royal Hall, the second largest in the Czech Republic after the Vladislav Hall in Prague Castle, with its magnificent starry vault.

In the Lednice-Valtice area, this castle is a pure jewel of Anglo-Saxon neo-Gothic style. Inside, you can visit the ceremonial halls, the bedrooms of the princes and princesses, the princely apartments and the puppet museum, which is sure to appeal to young and old. Beyond the building, visitors should also plan a walk in the park. There are rare trees, ponds, a belvedere-minaret, a Moorish castle and a Roman aqueduct. There is also a pier where you can take a pleasure cruise. In short, this place is a real enchantment.

This is a castle that can be visited immediately after the one in Prague, since it is only 30 km from the Czech capital. Built between 1348 and 1357, the building was used as a stronghold to house the crown jewels of Emperor Charles IV as well as sacred relics. Its layout on several levels is impressive. It also dominates the village and from its ramparts there is a splendid view of the Central Bohemian region. The Holy Cross Chapel, which contains frescoes depicting the life of Jesus Christ and paintings by the master Theodoric, is a must-see.

The Český Šternberk Castle is located on a rocky promontory overlooking the Sázava River. The first piece of information to know is that it has belonged to the same family for over 700 years and the current owner, Zdeněk Sternberg, lives there. When visiting the monument, one gets to know the oldest living Czech family through family photos, copper engravings and hunting trophies. The period furniture in the 15 rooms is also superb. Not to be missed is the south bastion, one of the best preserved parts of the fortification building.

This North Bohemian castle is also open in winter, to the delight of travellers and architecture lovers who discover a Baroque-Classical building of great beauty. Located at the confluence of the Elbe and Ploučnice rivers, a stroll within its walls is an opportunity to marvel at the decoration of one that has long been home to great aristocratic dynasties and European personalities. It is always moving to know that it was in this castle that the great Frederic Chopin composed his Great Brilliant Waltz. The baroque stables and the cellars of the castle complete the visit. However, you will have to come back between April and October to see its magnificent rose garden.

Located above the confluence of the Elbe and Moldau rivers, Melník Castle is a Renaissance building whose architecture and panorama of the peaks of the volcanic Czech Middle Mountains, the Říp Mountain and the vineyards of St. Ludmila can be admired from the belvedere. Inside, the public can admire the collections of paintings and furniture of the Lobkowicz family, who still look after the building, as well as part of the collection of plans and maps of European cities and states from the 17th century. The crypt of St. Peter and Paul's Church, which is located near the castle, houses one of the largest Czech ossuaries. And to complete your visit to the castle, there is nothing better than a wine tasting in the cellars.

Zvíkov Castle stretches along a rocky promontory overlooking the confluence of the Vltava and Otava rivers. Its location in the middle of the beautiful South Bohemian countryside is simply breathtaking. For your information, the walls of its habitable tower are 3 m thick, proof that the building had to protect itself from numerous attacks during its history. The rooms on the ground floor house an exhibition of local archaeological finds and the rooms upstairs house historical furniture and Renaissance frescoes. The courtyard, which is surrounded by arcades, is also worth a stroll. Finally, an interesting thing to know for all those who go there in winter, 8 species of bats hibernate in the basement of the monument. 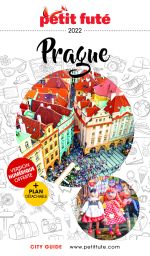 Summer is of course the time when many of us take a long vacation to a place where we can enjoy new landscapes, ... Read the article

Located at the southern entrance of the Haut-Languedoc Regional Natural Park, Roquebrun is a charming medieval village ... Read the article

As spring proudly settles over France, what if it were time to go for a long weekend of wine tourism in Provence? The ... Read the article