The Essentials of Tuscany

True to its reputation, Tuscany never disappoints travelers. Here beats the heart of Italy in a harmonious set where art and landscape are only one. Birthplace of the Renaissance, land of the great poet Dante Alighieri, Tuscany has treasures to discover. To do nothing, Petit Futé offers you the essentials of the region… Andiamo! Andiamo!

Cortona and its millenium charm

Located south of Arezzo, in the Valdicchiana region, Cortona is a timeless village. Here more than elsewhere, the streets and the old wall are historical witnesses to the Etruscan past. In the archeological museum of the city you will discover impressive vestiges of that time. But Cortona's largest treasure is found in the museo diocesano: one of the three Revelations of Fra Angelico, painter of the first Renaissance, toscan of birth.

Carrara and his career

Known throughout the world for its white marble which includes the famous Tower of Pisa, Carrara is a place out of time. The tour of the quarry quarry is unfailing: You'll take your eyes. Between the mountains and the sea, this splendid site is the ideal place for a walk in nature. To learn more about Carrara crafts, the marble museum is very interesting.

Hidden behind his ramparts of the sixteenth century, Lucca is worth discovering. Founded by the Etruscan people and then taken up by the Romans before becoming lombard, Lucca has preserved its medieval structure. It is a city full of history where monuments and vestiges of all ages blend together. It is discovered on foot but mainly by bicycle, the time of a pretty passeggiata.

Visiting Volterra is diving in more than 3,000 years of Tuscan culture. Far from the opulence of the Renaissance, the city is characterized by Etruscan simplicity. The Guarnacci Museum has an impressive collection of vestiges like Ombra della will be, a statuette of the third century B.C. Picturesque, Volterra, and its famous Piazza dei Priori, has served as a backdrop to many films such as Sandra de Visconti. Volterra, it's Italy as we imagine it: simple, fascinating and enchanting.

The well known island of Elbe

If our history textbooks mention it all, few of us actually visited it… The island of Elbe is one of the jewels of the Tuscan archipelago. The land of exile of Napoleon enjoys a preserved nature and a landscape out of time. A stopover in Portoferraio is required to taste the pleasure of island life, enjoying an ice cream near the port. The history ferus will go to Villa dei Mulini, former residence of the emperor.

Located on the Apennines, at 296 m above sea level, Arezzo is a quiet and secret city that is rarely part of the tourist routes… And what a pity. There is another Tuscany, where the sweetness of life is an art. So it is not surprising if Roberto Benigni chose to turn the happiest scenes of his masterpiece La Vie is beautiful. Behind its ramparts, the old town of Arezzo has a sumptuous historical center and its Piazza Grande is considered one of the most beautiful in Italy. Discover without delay!

Between Siena and Florence, San Gimignano is a true jewel. Its narrow alleys and long towers are all vestiges of feudal Tuscany. Between the xie and the xiiith century, these tower houses were built as symbols of the power of nobles and merchants. If the city is seduced by (too many?) tourists, it still retains its charm of yesteryear.

A former maritime power, Pisa is now one of Italy's symbols, known worldwide for its famous tower. Built in 1173, this Campanile began to bow from its foundation! In question: the soil is too clay. On the same square, called dei Miracoli, there is also the cathedral, baptistera and monumental cemetery. Feel free to discover Pisa from a different angle by walking away from this tourist heart. This young and dynamic city has everything to please.

The Tuscan capital no longer presents its fascination. Its architecture and aesthetics are references throughout the world. In this open-sky museum, most of the great Renaissance artists left traces: David de Michelangelo to the Venus de Botticelli in the gallery of Offices. Florence is also admired from Ponte Vecchio where jewelry reminds us of the great times of the Medicis. A city that is certainly unique!

Siena and his contrade

When we discover Siena, we very quickly understand the reasons for its legendary rivalry with Florence: This city is a real jewel that lets you admire every corner of the street. Its spectacular duomo is certainly one of the most special of Italy. But it is at the time of the famous palio that Siena lives fully. The seventeen contrade, which are cities in the city, compete during a horse race on Piazza del Campo. This event, inscribed on UNESCO's heritage, is one of the city's pride. 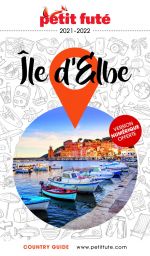