From its gastronomy to its exceptional landscapes, Italy never ceases to enchant travellers from all over the world. The charm of this country of a thousand facets certainly lies in its traditions and landscapes which vary from North to South, forming a united country, but still culturally fragmented. A tour of Italy allows you to discover all the poetry of hilly landscapes before stopping in sublime cities that are home to a rich historical heritage. Cradle of Antiquity, then of the Renaissance, Italy never ceases to fascinate and to put stars in the eyes of visitors. Here are 10 cities not to be missed

To visit Rome is to walk in the footsteps of the great emperors, to go back in time by visiting sites of unique historical importance such as the Colosseum or the Forums and to be impressed by the artistic grandeur of the city, especially in Piazza Navona! The squares, which are always wonderful places to sit by a fountain in the sun, such as in Piazza di Spagna with its Barcaccia fountain at the foot of the Trinità dei Monti staircase. You can also take advantage of the dynamism of its neighbourhoods by going to Trastevere, a bohemian and trendy neighbourhood lined with bars and restaurants. A trip to Rome is also an opportunity to visit the Vatican State, to discover the monumental St. Peter's Basilica and the three other major basilicas

Venice and its carnival

Romantic, touristic or fairy-tale, many adjectives can qualify Venice! It is true that one is rarely alone in admiring its canals, its Bridge of Sighs and its splendid St. Mark's Square, but visiting the Serenissima is an essential stop on a tour of Italy. A real open-air museum built on stilts, we stop in front of the splendours of the Doge's Palace and the Basilica of Santa Maria della Salute. You can also simply stroll through its emblematic neighbourhoods, such as Cannaregio with its typical city facades along the canals. At another time, we set off for the islands in the lagoon. Murano, Burano and Torcello are fairy-tale stages with plenty of surprises in store. In addition to strolling among so many beauties, a visit during the carnival is a must! The city is then taken over by characters from the Commedia dell'Arte, each one more elegantly dressed than the other. It's splendid, and it's worth the detour!

It is here that Stendhal fell in swoon before so many beauties, and we understand it! Florence is the cradle of the Italian Renaissance, walking through its streets and discovering its splendid Duomo or the Basilica of Santa Croce are all milestones in a traveller's life. The monuments, more and more numerous to catch the eye of the visitors, as when passing in front of Palazzio Vecchio and Palazzo Pitti. In the district of Santa Maria Novella, you enter the splendid eponymous church before taking a cappuccino break in one of the many cafés it houses. We also visit the Galleria degli Uffizi, where the sumptuous Birth of Botticelli's Venus is a sight to behold, before reaching the Ponte Vecchio, the only one to have survived Florence's medieval period.

Naples, the sulfurous one

Like Vesuvius overlooking it and threatening it, Naples is a bubbling city. You can discover with enthusiasm its unique gastronomy (the famous pizza margherita was born here!), but also its rich heritage along the narrow streets of its historical centre, Spaccanapoli. Lovers of architecture marvel in the cloister of the Basilica of Santa Chiara, in the Castle dell'Ovo, located on the islet of Megaride inside the Gulf of Naples, or by strolling around the archaeological site Herculaneum, which also did not survive the terrible eruption of Vesuvius in 79. After an excursion to the emblematic volcano of Naples, on another day a tour of its coast, the famous Amalfi coast, is scheduled, followed by a visit to Pompeii, the famous archaeological site that delights history buffs.

Palermo is a city full of paradoxes that seduces with its history and impressive liveliness. Authentic, there is still an old-fashioned atmosphere and a warm welcome from the locals, especially in its colourful markets in the town centre, like in Ballarò. Apart from a tour of its splendid cathedral and the Teatro Massimo Vittorio Emanuele, the largest in Italy, one of the most popular visits in Palermo is to the Capuchin catacombs. In total, there are more than 8,000 corpses on display in these underground galleries: sensitive souls, refrain! Finally, it should be noted that the large number of churches in the city is only equalled by the number of palaces. The 12th century Arab-style palace of La Zisa is a pure marvel.

Famous for its fashion weeks and its numerous boutiques of great couturiers found in the splendid Vittorio Emanuele II gallery and its neo-classical style with a baroque tendency, Milan is an ideal place for an Italian getaway. It should not be forgotten either that the city is home to great architectural wonders, such as the Duomo of Milan in Piazza del Duomo. This architectural treasure is the third largest cathedral in the world. At the Sforza Castle, another emblematic monument, you can enjoy the presence of many museums, such as the museums of Ancient Art, Egyptian Art and Prehistory. Just behind it is the Sempione Park, a large green area with other beautiful buildings. In the evening, it is in the district of Navigli that you can enjoy the sunset during a stroll along the canals

Verona, another city of lovers

City of Romeo and Juliet, symbol of Italian romanticism, Verona has remained very medieval and this gives it an undeniable charm. To immerse yourself in its history and picturesque charm, there is nothing like strolling from square to square: from Piazza delle Erbe with its market, you reach Piazza Bra, the largest square in the city. In addition to its restaurants and the presence of a small garden, there is a small Colosseum where you can attend animations of ancient battles. And how can you miss the Roman amphitheatre, the Porta Borsari, also from Roman times, and Castelvecchio, a superbly preserved 14th century fortress. Verona is also its old alleys with old houses in which it is pleasant to stroll for hours, and Juliet's House with the famous balcony, which no one wants to miss.

Although Siena is often robbed of the limelight by its eternal rival Florence, it is nevertheless a city not to be missed in Italy. Smaller, more intimate medieval splendour, you can visit its different quarters in complete tranquillity. Each medieval quarter has its own fountain, its alleys where it is pleasant to take time to admire the facades of the buildings, an ice cream in hand. You'll come to see its must-see monuments, such as the Basilica di San Domenico and its impressive cathedral with its flamboyant Gothic style. In the city's main square, Piazza del Campo, its curved shape is surprisingly similar to that of an amphitheatre. From here you can reach the Palazzo Pubblico and its tower, in which you can climb the floors to enjoy a splendid panorama of the entire city

If people are more familiar with Turin for its industrial rather than touristic success, the city nevertheless has an undeniable architectural and cultural wealth. The historic district is well worth a visit, including a visit to Palazzo Reale and a tour of the Mole Antonelliana. At 167 metres high, this monument is the highest in the city. On reaching the summit, a balcony offers a splendid panorama of the entire city and its surroundings. Another place calls the curious: the Piazza San Carlo. The equestrian statue of the Duke of Savoy Emmanuel-Philibert can be admired here, as well as the "twin churches", Santa Cristina and San Carlo, whose architecture is almost identical. Turin's architectural beauties are numerous, and the city is also worth a visit for its museums, including the Egyptian Museum and the Automobile Museum. Turin is in fact the historic headquarters of the FIAT manufacturer.

Lecce is one of the most beautiful cities of Southern Italy and a jewel of architecture to be seen. Its churches, palaces and its incredible 17th century baroque style are sure to delight the curious. We walk around Piazza del Duomo to see the Cathedral of Santa Maria Assunta, the Seminary Palace and the Bell Tower. Lecce also has a beautiful Roman amphitheatre. Built between the 1st and 2nd centuries by the Romans, one part is buried but the other is visible thanks to the work of archaeological excavations. On another day, the Santa Croce Basilica is a must see for its many architectural details, before settling down on the terrace of a bar and enjoying the delicious local wines 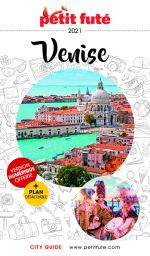 If February plunges us into the heart of winter, it is also an opportunity for some to take a short break to recharge ...

How to organize your trip to Venice?

In spring, summer and even winter, there is no ideal time to visit Venice and whatever the weather, the exceptional ...