Once the capital of Italy, bastion of national industry and Juventus, now majestic capital of Piedmont, Turin - Torino in Italian - is a mutant, fascinating, traditional city, and an avant-garde and gourmet destination, just like the splendid region that surrounds it. With the powerful Alps to the northwest, its rivers, lakes and parks, its landscapes dotted with vineyards, abbeys and castles, Piedmont, which celebrated 150 years of Italian unification under its aegis in 2011, is slowly, religiously one might say. Turin's tourist guide will take the traveller to the heart of the city always on the move, between its exceptionally rich architectural heritage - from ancient baroque buildings and ancient cafés lining the city's alleys into princely residences and sumptuous squares like Piazza Castello or Piazza San Carlo - and its modern and contemporary museums like the National Cinema Museum, or its design galleries. It is impossible to approach Turin without mentioning its taste for good food: gastronomy is a constituent element of Piedmont's identity, something that can be quickly measured by sitting down in any of the city's restaurants. Piedmont and its capital expect nothing more than to be discovered, bubbling with a vitality that has never been lacking at any moment in their history.

What to see, what to do Turin? 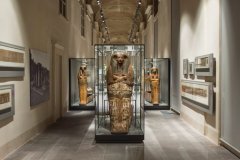 What to visit Turin ?

When to go Turin ?

When to go to Turin? The richness of the Piedmontese landscapes makes the region a pleasant destination all year round, although spring is still the best time to travel to Turin. Summer, on the other hand, can reach very high temperature peaks, easily exceeding 30°C. During the winter, from December to early March, it is not uncommon for the city to be covered with snow, and the Susa and Pinerolo valleys are transformed into a winter sports paradise. The hills of Langhe and Monferrato are an explosion of colour in autumn, during the harvest season. When to go on a trip to Italy, and Turin in particular? All year round, trying to avoid the full summer, so as not to be disturbed by summer mass tourism.

Due to the Covid-19 pandemic, entry and travel restrictions may apply Turin. Remember to visit the site of the Ministry of Foreign Affairs before you leave for the latest information
Practical information for travel Turin
Formalities Budget Horaires Getting around Gastronomy

Road through Pulia and Basilicata

Discovery of Turin and the Aosta Valley

How to go Turin

Average price of a direct flight to Turin from the north of France: from 140 €, around 100 € with a low cost airline. Please note that the price variation depends on the booking time. Turin is also easily accessible from France by TGV (train tickets are accessible). Also, you can buy a bus ticket, many of which connect Turin to France. Finally, you can drive to Piedmont with your personal vehicle.

It is quite possible to plan an organized trip to Turin and Piedmont. Due to its proximity to France, the packages offered by tour operators are often interesting from an economic point of view. All inclusive stay (all inclusive), honeymoon, family holidays, tailor-made stay..., everything is possible. There are many options, it is up to you to choose the one that suits you best.

Turin has a proven and highly efficient public transport network. It is easy to get around by bus or metro. Renting a car is also a possible option, allowing you to easily visit the hinterland of Piedmont. Not to be overlooked either, the bicycle, very practical to visit Turin.

What you must absolutely see in Turin, Italy

The most beautiful urban parks in the world

As the gateway to the Italian Alps, Turin is known for hosting the 2006 Winter Olympics. But beyond its stature as a big city at the foot of the mountains, the city has impressive museums, baroque palaces and religious buildings, a very well preserved historic centre, resorts and castles in the middle of nature and an optimal transport network to visit everything. It would be a pity not to stop here to have a meal in typical trattorias, on terraces in the piazzas or on distinguished white tablecloths serving gourmet cuisine. One can only prolong the evening in a bar, stroll through the lively districts or sip a cocktail before going out to dance until the end of the night and curl up in bed in the heart of the city. Turin, the capital of sports, has many facilities for breathing and relaxing. Finally, shopping enthusiasts will find what they are looking for.

Turin, the Italian capital of chocolate

The districts of Turin

The royal residences of the House of Savoy

Discover Turin in the best conditions thanks to the tourist office!

This is a tradition that is well established in the habits of the Turinese, who dispute the paternity of it with the Milanese and Genoese. More than a preamble to dinner, the aperitivo has become a rite to relax after work and meet people. Not to be confused with merenda sinoira, a late afternoon meal intended to replace dinner.

Since the beginning of the 20th century, Turin has been the undisputed capital of the automobile industry in Italy. As the birthplace of Fiat, it has a real love affair with the company to the point of having succeeded in turning an industrial sector into a tourist attraction, particularly with the rehabilitation of the Lingotto, the historic factory built in 1915

Coffee, hot chocolate, milk cream, and sometimes fresh cream: what better way to warm your body and heart than inside one of Turin's beautiful historic cafés? The bicerin (which means "little glass" in the local dialect) is a typical and traditional drink of Turin, known and appreciated since the 18th century.

Gianduja is a tasty paste of IGP Piedmont hazelnuts with cocoa, popularized outside Italy by the Ferrero company. A small chocolate in the shape of an inverted ship's hull and surrounded by golden paper, gianduiotto, created more than a century ago, is one of the great prides of Turin's rich chocolate-making tradition

Juve is a mythical soccer team that embodies the very essence of soccer for the people of Turin. Linked to the Agnelli family for almost a century, the club in the black and white jersey has remained in Serie A for most of its history. Its supporters have much to be proud of, as it is one of the most awarded teams in the world.

It is the symbol of Turin. Commissioned in 1862 to Alessandro Antonelli, and finished in 1889, the tower is 167 meters high. From its top, which can be reached by elevator, there is an impressive view of the city and the entire region. Today the Mole houses the National Museum of Cinema, which is also truly extraordinary!

Turin is very proud of its alpine landscape and makes the most of it. The crown of snow-covered peaks is as much a part of the urban landscape as the Po River or the Mole Antonelliana. The 2006 Winter Olympics, admirably organized by the city, have made Turin the capital of winter sports.

The Po River, the longest river in Italy, runs alongside the city and shapes the urban landscape, creating evocative views. The people of Turin live in symbiosis with "their river". There are many rowing clubs because the river in Turin is forbidden to commercial or tourist transport. The Po belongs to sportsmen and women and its banks to strollers.

Since 1578, and its transfer from Chambéry by the House of Savoy, the city of Turin has been the guardian of the Holy Shroud, the shroud that is said to have wrapped the body of Christ in his tomb after his death on the cross. It is one of the most precious and famous relics despite the debates that still rage around its authenticity

In 1986, in the Langhe region, a few friends, as a pacifist reaction to the opening of a restaurant of a famous brand of fast food in Rome, founded a movement advocating good eating and slowness, which the logo, a snail, symbolizes wonderfully. Since then the movement has become international, but its headquarters are still in Bra, south of Turin.

These are the pretty little fountains with bull heads that have been scattered around the city since the 1930s. In Turin dialect, toret means "little bull": the bull is the animal symbol of Turin. You will find them especially in parks and gardens. Originally made of iron, they are now made of cast iron and painted green

Piedmont's wines are among the best in the world, especially Barolo, "the king of wines and the wine of kings", highly prized by aesthetes. The nebbiolo and barbaresco wines are the perfect accompaniment to the Piedmontese cuisine, which is both local and subtle, with a special emphasis on the white truffle, another treasure of the region.

You take a break in the morning and afternoon not by sipping a banal coffee but in front of a bicerin, rich in cocoa, more classy and greedy.

You spend almost all your winter weekends skiing: the biggest Alpine slopes are only a few kilometres from your office!

You know that the first capital of Italy was not Rome but Turin (from 1861 to 1865), which explains its great presence!

Your aperitivo will not consist of a few pieces of pizza and a Spritz like elsewhere in the boot, but of typical Piedmontese products still made in the region: breadsticks and vermouth

For you, the biggest Italian football club is of course Juventus. And there's no arguing with that

You find the strange combination of roast veal and tuna mayonnaise in vitello tonnato quite delicious...

Other destinations nearby Turin