On the edge of the talie, clinging to the dark green - or in autumn fiery - hills of the Karst Plateau, the beautiful Trieste looks out over the mellow waters of the Adriatic in the hollow of its majestic gulf. Trieste is cosmopolitan. Families often have multiple origins with ancestors from Austria, Slovenia, Croatia and, of course, other parts of Italy. Hence an open-mindedness in people, albeit a little harsh at first glance, and a vitality that is appreciated. Trieste is a city of mixed influences, rich in an eventful history, which has left a lasting mark on its appearance and atmosphere. Thanks to the visit of numerous museums, castles, palaces, one can measure the glorious past of the Habsburgs, the smell of the exchanges with the East but also a very particular Italianity.

In 1382, the authorities of the city of Trieste decided to pass under Austrian sovereignty, following difficult relations with Venice.

In 1719, Charles VI of Habsburg declared the 600 houses on San Giusto Hill and its church a "free port". This was the beginning of the development and prosperity of the site, a gateway to Central Europe and the Middle East. Centuries of flourishing trade have left their mark, but today this regional capital, which is no longer the rich merchant port of yesteryear, is all the more open to tourism.

In 1918, after the First World War, Trieste came back under Italian rule, achieving the objective of Irredentismo, which was aimed at the political unification of all the Italian-speaking territories.

This is an elegant, well-ordered city with perpendicular street layouts, a pedestrian area of cobbled streets, sumptuous squares, palaces and monumental buildings, from the Stock Exchange to the Verdi Theatre, from the Cathedral to the Greek Orthodox Church, from Miramare Castle to Castello.

The city also retains the memory of its literary past and the leading role it played in the advent of modern psychiatry.

Today, the town hall, museums, hotels, cafés, shops, administrations occupy former palaces and it is a pleasure to leave on the trail of the past while enjoying the classic and cosy decor of the cafés and restaurants on a daily basis. In this city, still far from mass tourism, there is certainly a quality of life, including a great friendliness, which does not fail to seduce the visitor. Not forgetting Bora, the wind that regularly blows over the Adriatic and whose gusts can reach up to 180 km/h on the Gulf of Trieste.

The must-see places in Trieste

Prepare for your trip Trieste 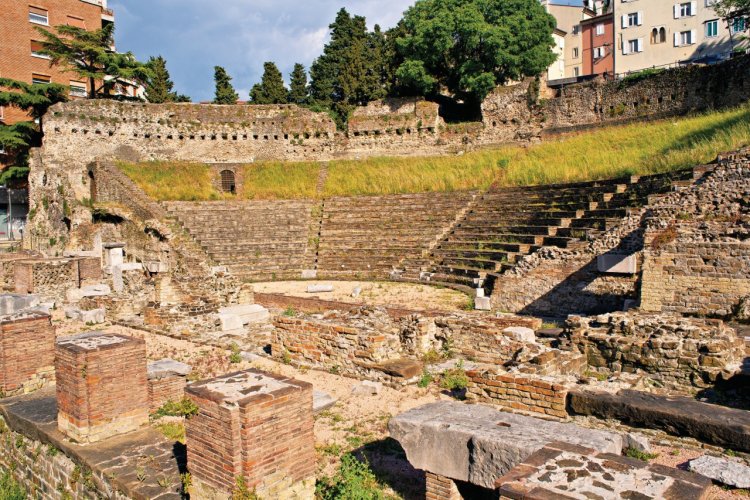 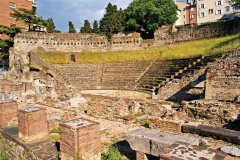