Created in 1987, when the discipline was well developed in Côte d 'Ivoire with nearly ten local clubs (again the crisis went through there…), the Horse Academy club was bought by Sophie Didierlaurent in 2010, who manages it with remarkable dynamism and made it one of the most beautiful and best equestrian centers in the country. The establishment, plotted French school of horse riding, shares between stables, paddocks, poney club where toddlers can acclimatize to animals in the presence of their parents at the age of two and a half then make walks under the supervision of a monitor from 4 years, the round round, the galop runway, a park of CSO obstacles, a great quarry and a sand dressing career. In the middle of this beautiful flowered and colorful terrain, the club-house, a great straw at the magnificent frame and the walls adorned with handcrafted masks, where you can enjoy the devastation offered by this beautiful lush space and observe the life of the club and its residents (besides horses, the Horse Academy also welcomes de la horces… many other animals: Dogs of course, but also monkeys, turtles, parrots, biches, hens, etc.), whether or not the Horse Academy has enriched its offer of a comfortable hotel with a very pleasant swimming pool. The cavalry of the club, which works in partnership with several prestigious European stables (Haras de Vulsain, Haras de la Clairière…), consists among other things of farmed horses, pure horses (Arabic purs, lusitanian blood, pure Spanish breeds), horses imported from Europe (French saddles, standards…) and American Paint horses, some of which have participated in many international events. Not to mention the lovely Shetland poneys that make the kids happy with their stuffing balls. The courses are provided by Isabelle Barascut and Benjamin Guillemin, professional cavaliers and state graduates. The proposed equestrian activities are: dressing, volrowing, obstacle jumping, hiking (Sunday walks in spindle, picnic days on Assinie…), contests and shows, dressing, coupling and ethology. The club also organizes various equestrian traineeships and formations with great names from the equestrian world (in 2017, the school hosted Jean-Maurice Boneau - successively international rider of CSO, coach of the French CSO team, coach of the CSO team, international coach and private coach of Philippe Rozier, Olympic champion to Rio 2000 s 016 - for equestrian training CSO) and is the origin of the international Jumping of Friendship, a shared equestrian encounter between competitions of obstacle jumping and exchange day around horses. On the other hand, this exceptional club has taken on five young riders from disadvantaged backgrounds and works to promote social integration through training to the various horse riding professions. 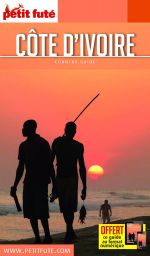