In the south of the countryCôte d'Ivoire, on the edge of the Gulf of Guinea and bathed by the Ebrié lagoon, Abidjan is a modern city, with its skyscrapers and popular districts. The economic and cultural capital of Côte d'Ivoire, it is an African metropolis of 4.7 million inhabitants, built under the "reign" of Félix Houphouët-Boigny (1905-1993). Known as a destination for modern hotels such as the Golf Hotel or the emblematic Hôtel Ivoire, Abidjan is a very popular city for business tourism. Abidjan offers its beaches, palm trees and coconut trees, on the lagoon strip of the Vridi district, which is very popular on weekends for the wealthy class, tourists and small vendors of pineapple and coconut. Abidjan has a vibrant nightlife, around the Milles Maquis, Zone 4 in Marcory, the II-Plateaux and Angre in Cocody, not to mention the rue Princesse and Niangon in Yopougon. And all day long, we feast in the maquis of the city, especially in the embassy district. Abidjan is home to several remarkable buildings, including the Treichville, Cocody and Plateau mosques, Saint Paul's Cathedrals, and the Marian Sanctuary (Attecoube). Don't leave without your travel guide. We visit the musée d'Art contemporainde Cocody, the National Museum rich in an Ivorian art collection, not to mention the Centre artisanal de la ville d'Abidjan (CAVA) in Treicheville where we can stock up on boubous and souvenirs. You can also discover the Banco National Park, an ancient "sacred wood" at the gates of the city, a remnant of the primary forest that once surrounded the entire lagoon

What to visit Abidjan?

When to go to Abidjan?

When to go to Côte d'Ivoire and stay in Abidjan? As in many West African countries, the tourist season extends from December to April (high dry season). Apart from some regional variations, during these 5 months, the climate is dry and pleasant, with temperatures ranging from 25°C to 30°C. From April to July, it is the main rainy season, which sees an increase in temperatures and abundant rainfall; this period is therefore rather to be avoided, as showers, often torrential, make the trails impractical, thus penalizing tourism in some parts of the country (especially in the north and west). The ideal climatic period to undertake a trip therefore remains that which covers the months of December to April; however, the period from July to September, which is more balanced in terms of temperature and precipitation, will be recommended to discover another green and humid face of the country's Sahelian regions (north, east). At this time of year, the landscapes are indeed of great beauty, because the earth, after the great rainy season, is covered with a mantle of lush vegetation that contrasts sharply with the dusty dryness in effect the rest of the time.

Abidjan has a sub-equatorial, hot and humid climate, with an average temperature of 27°C and an average humidity level of more than 80%, a large rainy season (May-June-July), a small rainy season (September-November) and two dry seasons. During the rainy season, it can rain for several days in a row or, during impressive stormy episodes, intensely for an hour before the sun returns

The currency is the West African franc (FCFA). It is better to know, the lack of money is a real plague in Côte d'Ivoire and it can sometimes be difficult to find it difficult to "break" a large bill (10 000 FCFA). In terms of budget, Côte d'Ivoire is a fairly expensive destination. In Abidjan, living in the western way is only slightly cheaper than in Paris.

In addition to a passport that is still valid for a minimum period of six months after the date of return, a biometric visa for Côte d'Ivoire is required (excluding ECOWAS nationals). An international driving licence and car insurance are required to drive a vehicle on Ivorian territory. Be aware that the area is politically and militarily unstable, check with your country's Ministry of Foreign Affairs before leaving.

Plan treatment against malaria, get vaccinated against yellow fever (vaccination is mandatory). Vaccines against tetanus, diphtheria and hepatitis A are essential and it is also strongly recommended to protect against hepatitis B, typhoid fever, poliomyelitis and meningitis A and C. Another big concern is water. This one is not drinkable, so think about purifying it with tablets, or buy bottles of mineral water. Remember to stock up on useful medicines before you leave: anti-diarrheal (with and without fever) and anti-vomitive for motion sickness for example. While the food is excellent in terms of taste, it is not always prepared under hygienic conditions. Beware of the tourist. Finally, protect yourself from the sun. Beware also of the "bar" phenomenon, which affects practically the entire coastline of the Gulf of Guinea and requires great vigilance when swimming

How to go to Abidjan? Our advice & tips

You can quite easily go alone to Côte d'Ivoire. It is advisable to book your flight tickets and accommodation in advance. This will make your trip much easier. If Côte d'Ivoire is a safe country overall, do not forget that it is a relatively poor country and where your wealth can attract envy: be vigilant. Being accompanied by a local guide can be useful, especially to "face" African trails.

The discovery of the country is mainly done by private vehicle (standard or 4x4) or by public transport (bus, gbaka, bush taxi). Locally, it is also possible to use motorized or non-motorized two-wheelers (and yet rather discouraged if one takes into account the road conditions and driving habits of many Ivorians), pinnace, pirogue, or simply on foot.

Prepare for your trip Abidjan 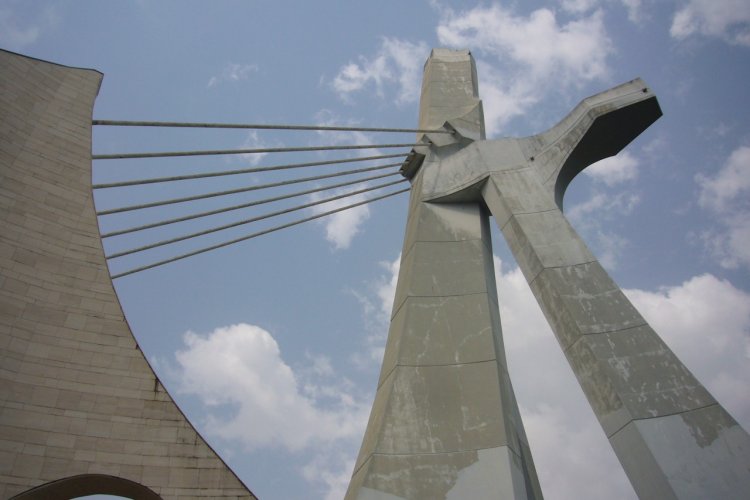 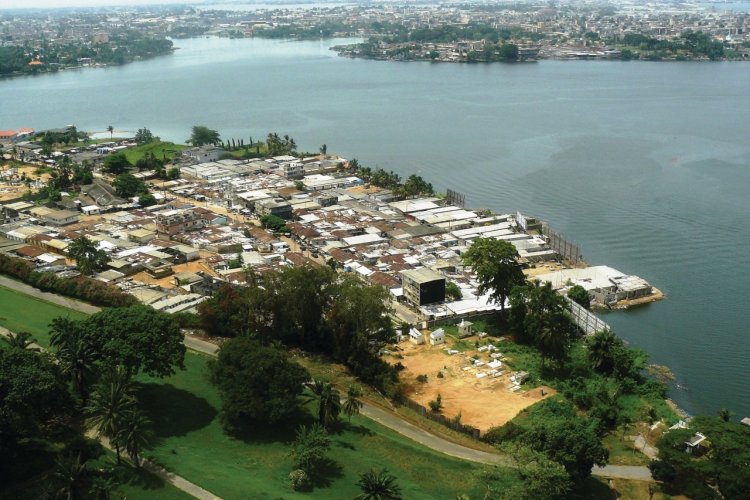 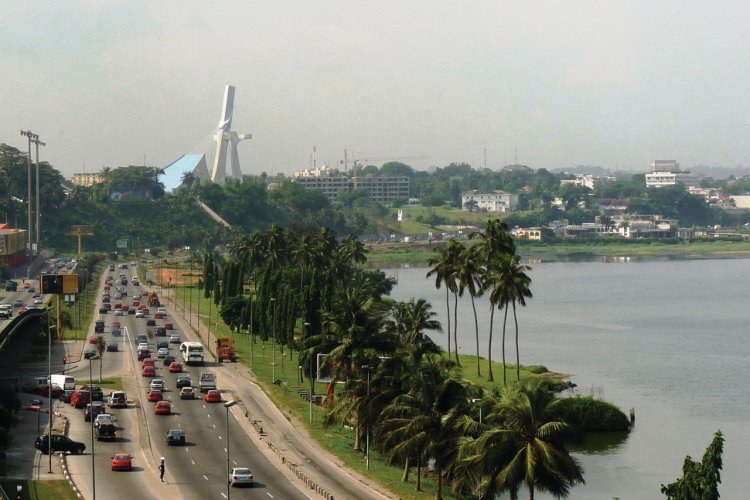 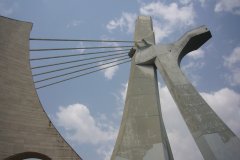 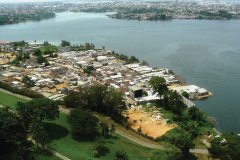 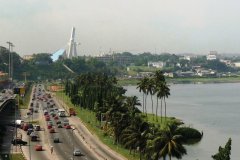 When to go to Côte d'Ivoire and stay in Abidjan? As in many West African countries, the tourist season extends from...
Read more about it

Abidjan has a sub-equatorial, hot and humid climate, with an average temperature of 27°C and an average humidity lev...
Read more about it

The currency is the West African franc (FCFA). It is better to know, the lack of money is a real plague in Côte d'Iv...
Read more about it

In addition to a passport that is still valid for a minimum period of six months after the date of return, a biometri...
Read more about it

Plan treatment against malaria, get vaccinated against yellow fever (vaccination is mandatory). Vaccines against teta...
Read more about it

You can quite easily go alone to Côte d'Ivoire. It is advisable to book your flight tickets and accommodation in adv...
Read more about it

Many organized trips are available to discover Côte d'Ivoire: discovery of Ivorian nature, observation of elephants...
Read more about it

The discovery of the country is mainly done by private vehicle (standard or 4x4) or by public transport (bus, gbaka,...
Read more about it

Travelling is taking a lot of attention, but also... a lot of attention! In some countries, music is omnipresent and plays a major role in the daily lives of the inhabitants. Cradle of bossa nova, zouk or hip-hop, the destinations selected here are a real journey for the senses. Get ready to dance to celebrate this new year! Petit Futé has concocted a musical world tour for you, from Brazil to Austria and Cuba N° 10 - Abidjan, discovering ...