From France, a multitude of destinations are less than 2 hours away. In record time, you can change countries, hear another language, taste a different cuisine and discover a rich architectural heritage. It is quite possible to plan a city break in advance, or to leave on a whim, and, in less than 120 minutes, find a change of scenery. From England to Spain, Portugal, Italy, Germany or even Croatia, Europe is full of treasures. Here are the best destinations located less than 2 hours from France

1- Dublin, a charming city on a human scale

In 1h30 to 1h50 by plane from Paris, we are in Dublin, Irish capital very easy to reach with a low cost flight. Dublin is very popular with a large public, because it is a city with a beautiful architectural heritage, in addition to being very dynamic and festive. You can start by taking a tour of its main monuments: Trinity College, St. Patrick's Cathedral at the top of the list, and then take a tour of the museums, with the National Museum of Ireland and the Irish Museum of Modern Art. Dublin is also an ideal destination for shopping, such as on Grafton Street, as well as for going to restaurants and enjoying the lively atmosphere of the pubs, and here we can only advise you to stroll in Temple Bar, an artistic and lively district with incredible architecture

Do you want a pleasant climate and to live the Italian dolce vita for a weekend or a holiday? Then head for the capital of Puglia, Bari. In less than 2 hours, you will find yourself strolling through the superb historic centre of the city, Bari Vecchia. Lovers of steep alleys will enjoy the view, and take the opportunity to see the monuments such as the Basilica of San Nicola and the Cathedral of San Sabino. To admire the art of Puglia, it is in the provincial picture gallery Corrado Giaquinto that you should take the time to browse the aisles. Bari is also known for its gastronomy and its dishes based on pasta, fish and olive oil. And if you rent a car, you can even escape the city for a while to admire the beautiful village of Alberobello, famous for its whitewashed houses with conical roofs, a must-see in the Apulian landscape.

If the Polish city of Wroclaw is likened to the Serenissima, it is because a river and canals run through its city centre, along which it is very pleasant to bask. A stroll through the Ostrów Tumski district allows you to contemplate the cathedral, wander through the cobbled streets, and then pass over the unmissable Tumski Bridge, the oldest bridge in the city, where couples give a lock to seal their love. A stroll also leads to the Rinek, the main square. There you can only take the time to contemplate the superb façade of the Gothic Town Hall. Wroclaw also allows you to contemplate a major work showing the battle of Racławice on 04 April 1794: the Panorama of Racławice. This 15 m high and 114 m long canvas gives an insight into a part of Polish history and the landscapes are strikingly realistic.

4- Hamburg, another important city in Germany

A city break in Hamburg gives you the opportunity to discover a city whose districts all have a different atmosphere. You can go shopping in the city centre, then take the time to stop in the Saint Goerg district, which, although it was once not very well known, has been completely renovated to become an artistic and multicultural district. You can also enjoy the chic Eppendorf district for its shops, restaurants and green spaces, and there's nothing like a stop in the Rotherbaum district to relax along the Aussenalster lake. The city also boasts beautiful monuments such as the Church of St Michael and the Hamburg Stock Exchange. And there's nothing like exploring the city from the water to marvel at it, by navigating the canals of the Speicherstadt district, an open-air museum, and by browsing through the port, one of the largest in the world and with incredible marine activity.

Many cities in Great Britain are less than 2 hours flight from Paris, and if London is a classic, it is in the North West of England that we put our bags down today. We start our trip with the unmissable, by going to admire the Manchester Town Hall, the Manchester Cathedral and by taking the time to rest in the John Rylands Library. If the building is sublime from an architectural point of view, we also like to spend time there to discover medieval manuscripts. After strolling through Chinatown, a walk can lead to the Manchester Art Gallery or to People's History Museum. The Royal Exchange Theatre and the Castlefield Bowl, where rock and classical music concerts are held, are other places to visit

6- Porto, a city of contrasts

Among the top destinations located at less than 2 hours flight from France, we can't miss Porto. The Portuguese city located in the northern part of the country offers multiple experiences. The first thing to do is to take pleasure in strolling along the banks of the Douro and then to wander through the streets of the Ribeira district. Here you can find old buildings with colourful facades and stop at one of the terraces to enjoy a good local beer. You can also cross the beautiful Dom-Luís and go to Vila Nova de Guia, unless you prefer to take a cruise on the river. Porto is also a great place to eat and shop at the Mercado do Bolhão. To admire the main monuments and the extent of the city, there is nothing better than to climb to the top of the Clerks' Tower, and if you like to take to the sea, you will soon find yourself facing the Atlantic Ocean from Porto.

The capital of Aragon, not far from Catalonia, Zaragoza is a city not to be missed in Spain. Because of its history, it has a variety of styles, especially in terms of architecture. You can easily see this by visiting its main monuments, which are the Aljaferia Palace and its Islamic style, the San Salvador Cathedral, a mixture of Mudejar, Gothic, Baroque and Renaissance styles, as well as the immense Basilica of Nuestra Señora del Pilar, the symbol of the city, radiant with its towers and its countless domes. In Zaragoza, you can also take the opportunity to visit the museums dedicated to the Roman past, to stroll through the city centre and to stop for tapas. In the evening, there is nothing like a digestive stroll along the Ebro River and then returning to rest

8- Bastia, a city of art and close to nature

There's nothing like a trip to Corsica, less than 2 hours' flight from France, to recharge your batteries and take a little enchanted break. In Bastia, the journey begins with the Citadel, built in 1380. Built on a rocky promontory, it proudly dominates Terra-Vecchia. You can get there by going through the alleys of the Romieu gardens, where it is pleasant to spend some time in the green, or by taking the steps of the same gardens, which lead to the Louis XVI gate through which you enter this essential place of the city. We also like the rue Napoléon, for its trendy shops and lively atmosphere. In the evening, a stroll along the Vieux-Port is perfect for observing the colourful facades and the sunset. Bastia is also a city open to nature. You can rent a boat to explore the Gulf of Saint-Florent, or take the Sentier des Douaniers and discover breathtaking hilly and marine landscapes

With its architecture, its gardens, its gentle way of life and its nightlife, Copenhagen is an ideal city to break away from the daily grind and recharge your batteries. Of course, during a bike ride, since the bike is king, we'll go see the Little Mermaid at the mouth of the harbour, the palais d'Amalienborg and Rosenborg Castle, the great classics. Then we'll wander around its emblematic places. In Nyhavn, to see the pastel-coloured houses, then in Christiana for the pleasure of discovering an alternative district where you can find gardens, a small market and charming craft shops. Culture is also well established in Copenhagen, with several museums, the National Museum of Denmark, the Post Office and the Louisiana Museum of Modern Art. Finally, after taking in the sights of the city from the Round Tower, families enjoy a moment at Tivoli Gardens, an ancient amusement park.

10- Zagreb, a city with character

We hear a lot about Croatia for its coastline and its pretty seaside resorts accessible in less than 2 hours by flight from France, but you should not miss the chance to go inland and especially to stop in its capital Zagreb. The city has some very nice monuments, such as the Saint Stephen's Cathedral of Zagreb, the Saint Mark's Church and the Croatian National Theatre. Not to mention the many museums, which make it a cultural stopover of choice in Europe. There is also beautiful architecture, such as the buildings on the elegant Ban Jelačić Square. One can also climb to the top at the top of the Lotršča Tower, to enjoy a sumptuous 360° panorama, and then regain one's spirits moments later over the succulent Croatian gastronomy. To go green in Zagreb, for example, you should go to Zrinjevac Park for a picnic or go for water activities on Lake Jarun 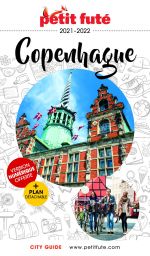 The city break is one of the most popular types of stay for travellers. For a weekend, it allows you to escape from your ...

10 destinations for shopping in Europe

Every year, it's the same ritual. January is expected by all shopping enthusiasts: the sales are back! It's time to ...

Capital of the "Latin country of Scandinavia", Copenhagen is far from the clichés of the Far North and its past image ...