The Amerindians of the Algonquin Nation called it Manitou Ewitchi Saga, "the mountain of the dreaded Manitou. He was their god of nature, the one who made the mountains tremble when humans disrupted the natural order: hence the name "trembling mountain". Mont-Tremblant - the municipality of Mont-Tremblant was founded in 1894 - is a national park, the first ever created in Quebec, with a rich natural heritage. It's a paradise for nature lovers. Today, Mont-Tremblant is home to the highest and most important winter sports resort in the Laurentians (968 metres, vertical drop of the ski resort: 645 metres). The slopes of Mont Tremblant were one of the favourite sports destinations of the former Prime Minister of Canada, Pierre-Elliott Trudeau. Tremblant Resort, as it is called, offers a multitude of four-season activities in its all-tourist village. It is also a golf destination par excellence with several renowned courses. Amateurs will be spoilt for choice but we particularly recommend Le Diable and Le Géant. The resort also hosts many festivals and events year-round: International Blues Festival, Tremblant Gourmand, Les Rythmes Tremblant, Le 24h Tremblant, Iron Man and many more. Parallel activities and parties are often organised on the fringes of these events. Chilly in places that are too touristy? The resort, with its artificial and chic side, will not be the best place to linger. Vieux-Tremblant is a more picturesque village full of inns, houses and log cabins. In summer, don't miss a stop at the food market located next to Lake Mercier (Saturdays from 9 am to 1 pm, from mid-June to mid-September). The Devil's River, which flows close to the mountain, is regularly descended by rafting enthusiasts: it does not bear his name without reason ... Today, Mont-Tremblant has become a large city that includes the municipalities of Saint-Jovite, Mont-Tremblant and Lac Tremblant-Nord.

The must-see places in Mont-Tremblant

Prepare for your trip Mont-Tremblant 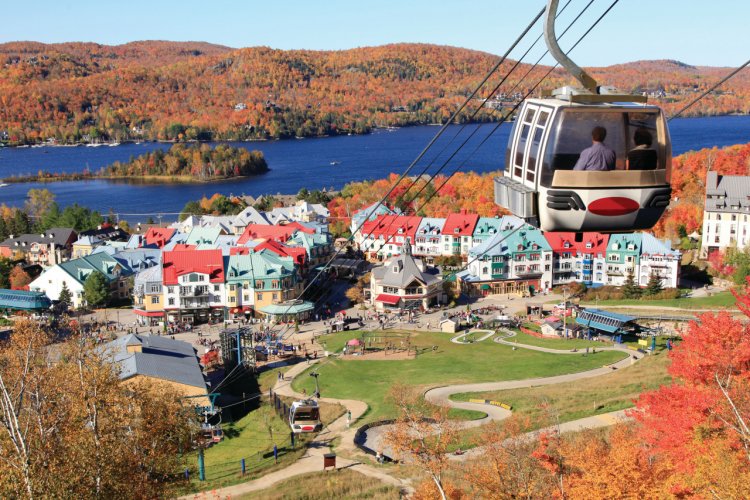 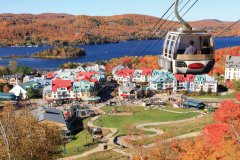