The Meenakshi Temple Complex is one of the most fascinating in the country. The restrictions spoil the visit a little for non-Hindus but it is well worth it. It is easy to spend two hours observing the devotees, rituals and architecture of the place. Four gigantic gopuram mark the entrances to the complex at the four cardinal points. The gopuram of the western entrance, 62 meters high, is the second largest in India (after that of Srirangam). The daily 9pm ceremony is not to be missed: Sundareswarar (Shiva) is taken to his wife Meenakshi's sanctuary where he will spend the night. Music, percussion and religious songs punctuate this bewitching ceremony. Major renovations were taking place during our visit in April 2019.

The temple, a true city within the city, includes all the following places:

Mandapam Meenakshi Nayakkar. It is composed of 110 pillars bearing the figures of a chimera called Yalli, which has the body of a lion and the head of an elephant.

Mandapam Vasantha. Also called Pudhu, it was built by Thirumalai Nayakkar. Vasanthosavam - the spring festival - is celebrated in Vaikasi (April and May). Its pillars bear complex sculptures by Shiva and Meenakshi, including scenes from their marriage; ten of these sculptures are dedicated to Nayak kings and their wives.

The seminar. About 100 students, from the age of 5, receive free education to become a priest. After 5 years, they are ready to become priests, but they wait until they are married to practice.

The mandapam Ashta Shakti. In this hall, built on the initiative of Thirumalai Nayak's wives, Rudrapathi Ammal and Tholimamai, food is distributed to the faithful who come from far away. The sculptures on the mandapam pillars tell the story of the beautiful princess of Madurai and her marriage to Lord Shiva.

Portamaraikulam or gold lotus reservoir. This is the place where the Tamil literary society called Sangam used to meet to decide on the merit of the literary works presented to it.

Mandapam Oonjal (swing) and man-dapam Kilikootu (parrot cage). Every Friday, the golden idols of Meenakshi and Sundareshwar are placed on the swing in the mandapam Oonjal and, while hymns are sung, the divinities oscillate back and forth.

Sundareshwar Temple. This temple was built by Nayak Tirumalai. In the courtyard, the god Shiva is represented in the form of a phallus (lingam) and, here too, the entrance is limited to Hindus.

The temple museum is located in a hall (mandapam) with 985 richly carved pillars, each surpassing the other in beauty. Outside the mandapam, to the west, are the Musical Pillars: each pillar produces a different musical note 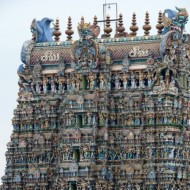 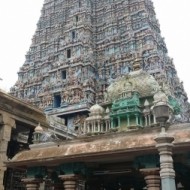 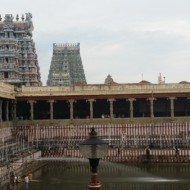 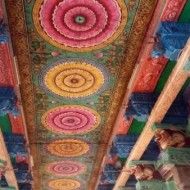 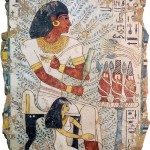 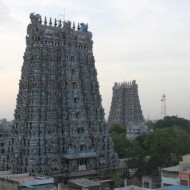 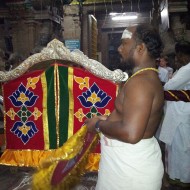 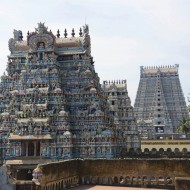 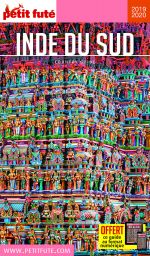