Its diverse landscapes, cultural richness and exceptional heritage make Europe a unique continent. Among the most important cities in its territory, cities such as Paris, Rome and London conquer the hearts of countless travellers every year. However, if you are still amazed by the size of the Colosseum or the excitement of Piccadilly Circus, many other unknown destinations are worth a visit in Europe. From Italy to Macedonia and Norway, the sites we have selected are all off the beaten track, far from tourist destinations. If you are bored with crowded beaches and queuing for hours to enter a monument, this item is for you!

Since the Middle Ages, the city of Ohrid has shone in Macedonia. This small country in the heart of the Balkans is still little known and its treasures well preserved. Ohrid is a UNESCO World Heritage Site and is home to an old town with a rich artistic heritage. You have to visit its many citadels, basilicas and churches to understand its influence passé ; the Icon Gallery allows you to discover the pictorial beauties of the region. Its lake, which forms the natural border with Albania, has many small beaches to swim on

To escape crowded destinations, nothing beats going green in Bosnia and Herzegovina! Between East and West, this country has a thousand and one assets to become the trendy destination of the coming years, starting with its capital Sarajevo. To the south of the latter is one of the most beautiful waterfalls in Bosnia and Herzegovina, the Kravica waterfalls, often compared to those of Iguazú, in miniature version. Here, the Trebižat River flows 28 m high into a small lake where you can swim in summer

Bergen, in the land of fjords

Between mountains and fjords, in southwest Norway, you won't come to Bergen to find the sun. The sky is often full, but the one that is nicknamed Northern Rome for the seven mountains that surround it, seduces even under the clouds! Its colourful facades facing the port are one of its most beautiful images. We will visit its museums, especially the Kode where several of Evard Munch's works can be found. Bergen is also located near several fjords such as Sognefjord or Hardangerfjord which allow beautiful day trips

Lake Sevan, in the heart of the mountains

In the southern Caucasus, Armenia is a country of mountains and valleys that jealously guard its treasures. It is true that tourism here is still in its infancy, and visitors feel privileged in the face of this rich heritage. The natural jewel of the country is Lake Sevan. Set in the mountains, its pure waters and enchanting setting form a true postcard setting. Many activities are offered such as mountaineering in the surrounding mountains or sailing on a sailboat. It is also necessary to visit the Sevanavank monastery located on its peninsula

Melilla is located on Moroccan territory, it is indeed part of the European Union since it is a Spanish enclave. Together with Ceuta, it is the second largest Iberian enclave in the country. Located on a fortified site in the Rif, it displays its origins in its architecture, particularly that of the new city, designed by Enrique Nieto. This disciple of Gaudí was largely inspired by modernism, so much so that more than 900 buildings bear the traces of this movement. After Barcelona, Melilla is the second city in Spain with the most monuments of Gaudian vein

This region of south-eastern Italy is one of the most misunderstood in the country. Its sparsely populated territory is mainly composed of mountains and is bordered by the Adriatic Sea. Visiting Molise is like discovering medieval villages such as Bagnoli del Trigno or Pietrabbondante. On the coast, Termoli and its small houses above the sea are also to be seen. Far from tourist cities like Rome or Florence, Molise is the ideal region for those who have already been conquered by the charms of Italy

Mount Triglav, a sacred giant From

its height of 2,864 m, Mount Triglav is the highest peak in the Julian Alps in Slovenia. It is located in a national park of more than 90,000 hectares and at its foot are two lakes, including Bled Lake, a Slovenian natural treasure. The ascent of Mount Triglav is a pilgrimage for Slovenians, but you should not think that this mountain is being quietly conquered: you will need physical training and a good guide who will help you choose the most suitable path. In any case, the view is exceptional!

If Kiev is the centre of power, Lviv is undoubtedly the cultural capital of Ukraine. Its city centre is a real gem where the history of the country can be read, from its sumptuous facades of Austrian influence such as the Opera House, to its maze of medieval alleys. To have a beautiful view of Lviv, it is possible to climb to the top of the town hall tower (Ratousha) or to climb the 130 m of the Vysoky Samok hill. As a bonus, know that Lviv's speciality is chocolate: something to delight the most gourmands!

Latvia is the ideal destination to go green. Its abundant nature and rich fauna make it a true natural sanctuary. The waters of the Baltic Sea and the Gulf of Riga intersect at Cape Kolka, forming a natural border with Estonia. After 3h30 by bus from the capital, windswept sandy beaches and pine forests reveal themselves to travellers, forming a scenery still intact. Offshore, the Kolka lighthouse on its artificial island watches over the navigators 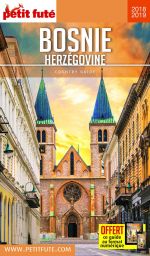 The 3 Valleys, a mythical ski area in the Alps

The largest ski area in the world and known all over the world, the 3 Valleys and its resorts of Val Thorens, Meribel ...

How to change your shock absorbers before leaving on vacation?

Located at the front and rear of the car, shock absorbers are an essential part of the car's operation. Not only do they ...