Kabul Airport is both the civil and military airport. The traveller will not be surprised to see, landing, all the helicopters and military aircraft on the tarmac. This is a way of getting into the Afghan bath upon arrival. The airport is called KAIA (Kabul International Airport). This acronym was preferred to KIA, which, in English, means «almendra in action», that is, «death in combat». There are several stalls outside the international terminal and a restaurant on the first floor of the domestic flights terminal (Kabul International Airport Restaurant: +93 700 277 796)

It should be noted that all Afghan airlines are on the official blacklist of the European Union. You have to borrow them (or not) knowing the facts… Delays, sometimes for several hours, are extremely frequent. It is not uncommon to see his flight cancelled.

Kabul
Afghanistan
Show on map
You are the person in charge of this place, click here 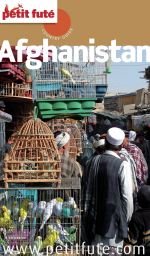