Built on the orders of Dom João V, the aqueduct's role was to provide Lisbon with drinking water. Most of the work was carried out between 1728 and 1748, but the earthquake interrupted the construction and was not completed until 1835. Since the 18th century, Lisbon has been receiving its spring water from 59 km from the city. The aqueduct itself is 18 km long, you will necessarily see it at some point during your stay. In the 19th century, some people made bungee jumping there... without bungee, so access is now strictly controlled! The visit is an opportunity to see up close its gigantic arches that cross the Alcântara valley: 935 m long, 35 arches, perfect, the highest of which measures 64 m! The aqueduct reappears in the Amoreiras and, after following the street of the same name, ends at La Mãe d'Água. It is part, with the reservoir of La Mãe d'Agua, of the Museu da Água (Water Museum). It consists of a set of monuments and buildings built between the 18th and 19th centuries (the Patriarchal reservoir, the Barbadinhos steam station and the Loreto gallery), which bear witness to the important role of water supply in Lisbon's history. A constructive visit, through a heritage, technological and scientific journey. There is also a visit offering a walking tour between the aqueduct and the gardens of the Marquês da Fronteira Palace. 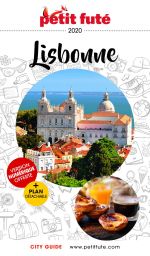