Occupied by the Visigoths then fortified by the Moors, this medieval castle will offer you THE view of the city.

From the labyrinth of its walls, which partly date back to the Visigoths, the Castelo São Jorge offers THE view of the city and the Tagus. But this castle, which served as the royal residence of D. Dinis to D. Manuel, is also a delightful place to stroll around: gardens, ponds where a few swans and peacocks laze. Occupied by the Visigoths in the5th century, fortified by the Moors in the 9th century, the Castelo served on several occasions as the military, governmental and administrative centre of Portugal. Determined to retake Lisbon, which was then occupied by the Moors, Afonso Henriques, who had already defeated the Moors at Ourique in 1139, laid siege to Castelo São Jorge, with the help of the Crusaders, in June 1147. The Moors resisted for almost four months, but in October the Christians finally succeeded in penetrating the castle walls. On this occasion, they showed incredible barbarity, raping women and pillaging everything in their path... in the name of Christianity!

In 1940, Salazar ordered the destruction of all the post-Manueline works that made up the castle. As it appears today, with its towers and ramparts incorporating old reclaimed stones, the Castelo is almost a work of Salazar! Today, it houses a Permanent Exhibition that allows visitors to discover the objects found on the archaeological site. The Black Room (Camera Obscura) allows visitors to see Lisbon in a different way, thanks to a set of lenses and mirrors. A visit not to be missed. 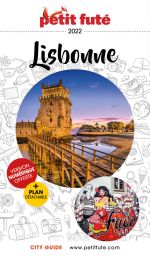 Advertising
The deals on the font page