Since 1975, its official name has been Ho Chi Minh City, in honour of the communist leader. Saigon, its former name, is more commonly used to designate the capital of southern Vietnam. Near the Mekong delta, along the Saigon River, this metropolis was only a Khmer fishing village that developed in the 17th century under the Nguyen dynasty. Saigon officially designates the city centre of this province of 7 million inhabitants. Among the essentials of Saigon that a travel guide will recommend to you, we can mention the Notre-Dame cathedral, the large central post office whose steel structure was designed by Eiffel, the Continental hotel and the Majestic hotel in the French colonial style and the Opera built in 1900 on the model of the Petit Palais in Paris. Tourists enjoy the Ben Thanh market, but the largest market in the city is Binh Tay in Chinatown Cholon, which is very impressive for its variety and entertainment. The Revolution Museum, with its wide range of planes, helicopters and other vehicles on display in the gardens, as well as the Ho Chi Minh City Museum, which occupies the former brick premises of the Maritime Courier Company, are not to be missed. The oldest vestige of the French colonial period, this building was built when Saigon was the head of the Asian maritime transport line, both passenger and freight, between Marseille and the Far East. Among the skyscrapers, the Bitexco financial tower high in 2010 and the highest in the country. Nightlife is lively in Saigon and local cuisine is one of the pleasures of the stay.

When to go to Ho Chi Minh City?

When to go to Ho Chi Minh City? The best time to go to Vietnam is generally outside the monsoon season. These heavy rains, which can lead to landslides and, consequently, temporary cuts in roads or railways, generally affect the central provinces and the Mekong Delta in the south of the country until November. During the high season (July, August and September, and during the Tet period, the Vietnamese New Year, in January-February), prices increase in some establishments and given the narrowness of the country, you may feel like you are following a tourist highway. During the Têt, it is often difficult to travel from abroad to Vietnam, as the means of transport are stormed by overseas Vietnamese returning home.

The rainy season, which begins in May and ends in early September, is marked by torrential rains. It rains almost every day. The dry season begins in November and ends in April. April is often the hottest month of the year. The climate in Vietnam is very different from north to south, but remains generally warm and humid all year round. If you go to the north from November to February, however, bring warm clothes, as the temperature can drop to 0°C in the mountains. In the south, on the contrary, temperatures can rise to 40°C in the months before the beginning of the monsoon season, at the beginning of summer. Depending on the region, the monsoon waters the country between July and November.

The national currency is the dông, which is written in short VND (Vietnamese Dông). Even if a law stipulates that everything must be paid in dông, in tourist places many prices are announced in US dollars. The euro is much less used, but more and more accepted. You can travel to Vietnam in (very) good conditions, with a relatively low cost compared to other destinations. Saigon is a destination that remains cheap for Westerners

The Vietnamese government has exempted French tourists from visa requirements for stays of up to 15 days until 30 June 2021. For any stay of more than 15 days (or for a multiple entry stay within a period of less than 15 days), a visa is required and costs 40 €. Requests are made to the Vietnamese Embassy in Paris. It is better to arrive at Saigon airport directly in order to make the most of your stay.

It is advisable to check if your health record is up to date (DT Polio, etc.). No vaccine is required, but vaccines against hepatitis A and B, and typhoid fever are recommended. The main health risks in Vietnam remain cholera, malaria, avian influenza, dengue fever and Japanese encephalitis, especially in rural areas and if travelling with young children during the rainy season. Saigon is well equipped with doctors, modern hospitals and pharmacies

How to go to Ho Chi Minh City? Our advice & tips

There is no shortage of tour operators and offers to go to Vietnam and stay in Saigon and Ho Chi Minh province. Tailor-made tours to travel the country from north to south via Hanoi and Ho Chi Minh City, cruises in Halong Bay or along the Mekong River, seaside stays in Phu Quoc with your feet in the sand and under the coconut trees, trekking and hiking on the borders of Tonkin... Many trips combine Vietnam and Cambodia for the Angkor site.

There are direct flights to Ho Chi Minh City. Most tourists travel from Ho Chi Minh City to Hanoi. We advise you to start with Hanoi, so you will go against the flow. The price variation depends on the company borrowed but, above all, on the time required to book. To obtain attractive rates, it is essential to do so well in advance. Remember to buy your tickets six months before departure!

The car is the fastest and most convenient means of transport: rentals are usually made with a driver. The road network is in good condition. Buses, a cheap solution, connect mainly the outskirts of cities. Some 20 cities are served by domestic airlines at affordable prices and it is also possible to take the train from north to south at a low price but at an average speed of 45 km/h.

South Vietnam in one week

The great tour of Viet Nam

From Hanoi to Ho Chi Minh City following the coast 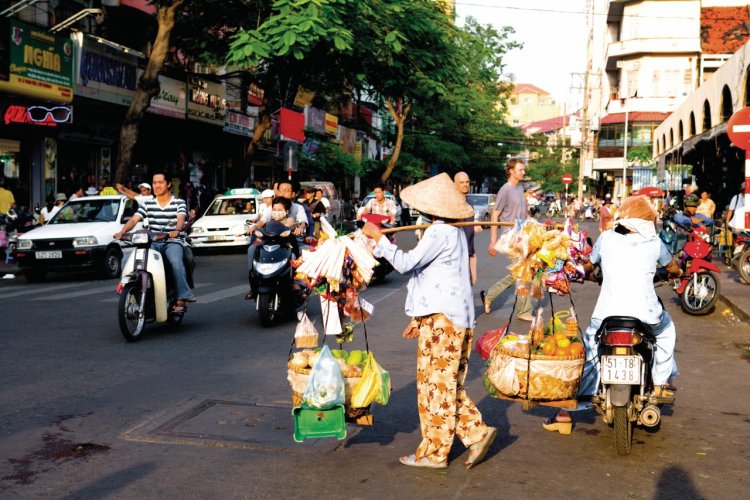 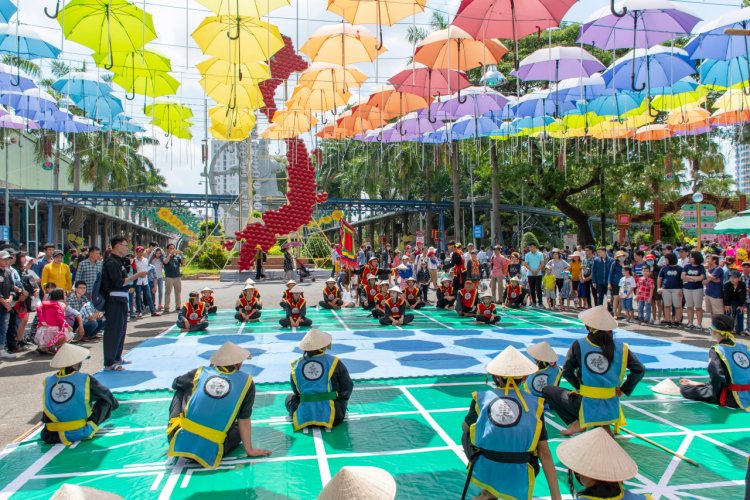 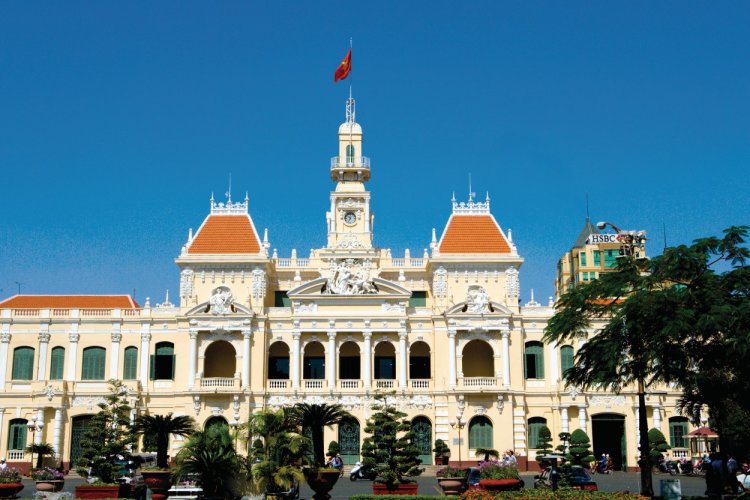 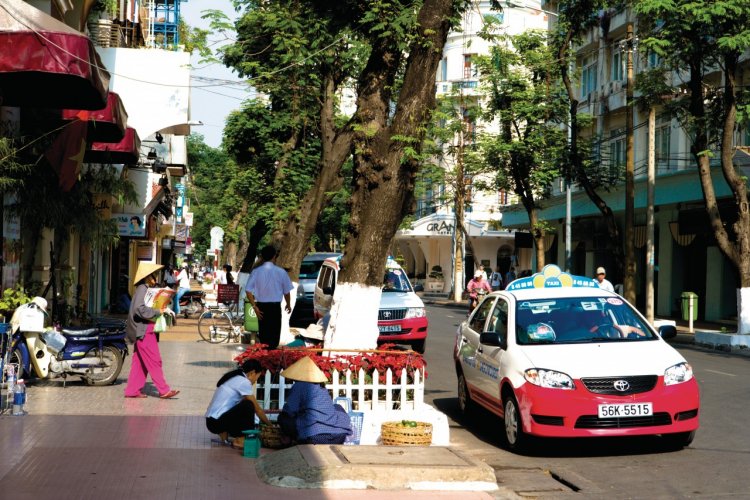 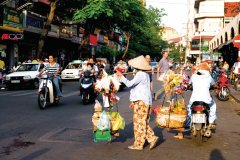 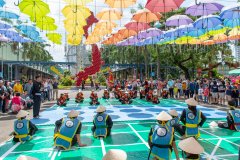 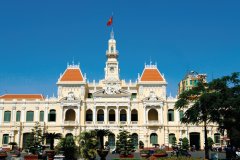 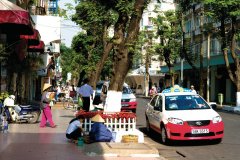 When to go to Ho Chi Minh City? The best time to go to Vietnam is generally outside the monsoon season. These heavy r...
Read more about it

The rainy season, which begins in May and ends in early September, is marked by torrential rains. It rains almost eve...
Read more about it

The national currency is the dông, which is written in short VND (Vietnamese Dông). Even if a law stipulates that e...
Read more about it

The Vietnamese government has exempted French tourists from visa requirements for stays of up to 15 days until 30 Jun...
Read more about it

It is advisable to check if your health record is up to date (DT Polio, etc.). No vaccine is required, but vaccines a...
Read more about it

There is no shortage of tour operators and offers to go to Vietnam and stay in Saigon and Ho Chi Minh province. Tailo...
Read more about it

The car is the fastest and most convenient means of transport: rentals are usually made with a driver. The road netwo...
Read more about it