The largest room in the country - and the pride of the Costa Ricans - has been a historic monument since 1965. It hosts the most prestigious, national and international troops, theatre and dance, opera, opera-comedy and zarzuela, as well as important public events. It is the result of the defection of one of the most famous fashion styles of the late th century, Adelina Patti, due to the lack of a suitable room in Costa Rica. At the beginning of 1890, a group of farmers and coffee traders were cotisa to allow the construction of this theatre. The then President, José Joaquín Rodríguez, moved from that donation and accepted the project in May 1890, the financing being secured by a State contribution and a special tax on coffee exports. The design and implementation were entrusted to Belgian architects and decoration to Italians (Andreoli, Serra, Ferrando, Guevander, Ferrario and Fontana). The management of the works remained in the hands of Rican (Miguel Angel Velásquez, Luis Matamoros and Nicolás Chavarría) seconded by architects of German origin (Pedro and Fernando Reigh), the masterpiece being Antonio Varela. The National Theatre was inaugurated by President Rafael Iglesias on 19 October 1897, after seven years of work. The first representation was Gounod's Faust.

The Renaissance façade of the theatre, in the fashionable line of the architectural style so fashionable in Europe and Latin America, recalls the façade of the Paris Opera Opera. The three allegories (the Music, the Dance and the Fame) which adorned the eardrum, carved by the Italian Bulgarelli, were defacing from the facade, restored and placed in the entrance hall and in the large living room on the floor. The geniuses of literature and music, under the features of Pedro Calderón of the Barca (Spanish drama poet) and Beethoven, set the entrance gate. The vestibule, the staircase of honour, the fireplace and the room are only marble and gold beautifully. In the allegories painted by Italian artists on the walls and ceilings, all the muses of Creation are intertwined. After the violent earthquake on 22 April 1992, the theatre had to be restored.

transport
accommodation
Stays
On the spot
4.3/5 (4 notice)
Share on

Open Monday to Sunday from 9am to 7pm. English and Spanish guided tour: US$10. Free for all the children of less than 12 years. Advance booking advised by e-mail, by telephone or on the premises. 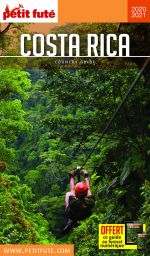