The 10 most beautiful ruins to discover around the world!

Vestiges of the time that passes, from the often turbulent history of the peoples, the ruins amaze us by their splendor. If some have unveiled their most intimate secrets, others are still surrounded by mysteries and intriguing archeologists and visitors… Little Futé invites you for a trip out of time, to discover the most beautiful ruins to visit around the world.

Discovering Hampi is diving into Indian medieval history. This site comprising almost 4,000 ruins belonged to the Hindu kingdom of Vijayanagar founded in 1336. Quickly fell during the Battle of Talikota in 1565, the city was looted and abandoned. Today, the splendor of its sculptures and landscape, in the middle of the Indian pampa, makes it one of the most beautiful steps on a trip to South India.

France also holds treasures that have traveled centuries… Carnac, in the Morbihan, known for his megaliths. According to legend, this site would have been erected 5,000 or 3,000 BC as a place of worship and the dolmens would be individual or collective burial. This is the greatest concentration of megaliths in the world, and the landscape is so marked by some 3,871 stones that it gave its name to the city: Carnac comes from carn, Celtic stone.

Located in the Yucatán Peninsula, Chichén Itzá and one of the most beautiful archeological areas of Mexico, listed among the seven wonders of the new world. A former Maya city, she was certainly a major religious center. The first traces of occupation and construction go back to the viiith or the ninth century, but the city began to depopulate from the eleventh century. Chichén Itzá is one of Mexico's most visited sites, unfailable during a stay in Yucatán.

Between Fès and Meknès, the site of Volubilis presents the best preserved Roman ruins of Morocco. Founded in the third century BC, the city was originally a Phoenician colony. The arc of triumph, the capitole and the basilica are part of the unfailing monuments. But Volubilis is famous for its mosaics, admirably preserved, which bring the characters of Roman mythology to stage. A real outdoor museum!

The most isolated land of the world, 3,700 km from the coast of Chile, Rapa Nui Island has an unequaled fascination. Surrounded by a mysterious aura and an uncertain origin, many have sought to pierce the secrecy of its majestic monolithic, moai, silent witnesses of a ancient civilization. The discovery of this lost island in the middle of the Atlantic Ocean is a shock, for all the globe-trotters. It is certainly one of the most beautiful testimonies of the whole strength of a civilization to resist through the centuries…

Angkor's vast site is the vestige of a civilization over 1,000 years old. Capital of the Khmer Empire between the ixe and the fifteenth century, it houses a multitude of ruined temples, scattered over kilometers. Visit them by bike or tuk-tuk for a more picturesque experience. Angkor Wat, originally dedicated to the Hindu god Vishnu, is the largest and most impressive of all. Admire it at sunrise, the colors are beautiful.

N ° 4 - The essential Acropolis of Athens

This promontory dominating the city is one of the greatest sanctuaries of Antiquity. There are traces of the mycentic civilization of the thirteenth century BC, that is to say! It was initially only the fortress of a local lord before it was devoted to goddess Athena. Here you can see the famous Parthenon or the ancient theater of Dionysus. A splendid dive in ancient Greece…

Perched at the top of a mountain at 2,430 m, Machu Picchu is one of Latin America's flagship places. This city was built by the Incas in the fifteenth century, in the heart of the Peruvian Andes. In total, it included 216 stone buildings all connected by countless staircases that we still climb today. Classified among the seven wonders of the new world, it is one of the world's best preserved sites.

This ancient city, nestled between desert and Jordan canyons, is famous for its rock architecture. Erected by the Nabateans between the fourth century BC and the iie century in a shredded pink sandstone decoration, it was a warehouse for caravan commerce but also necropolis. Today, there are more than 800 monuments such as funeral temples, royal tombs or even troglodytes. A magnificent site that is accessed by the Siq, a hidden path in the mountains, which grows over 100 m…

Unlike other ruins, Pompeii still breathes humanity, life expectancy. It was August 24, 79, that the eruption of Vesuvius buried this city of 20,000 inhabitants. Discovered more than 1,500 years later, under 4 to 6 meters of ash, Pompeii is today a precious testimony of life in a Roman city. The amphitheater, the forum, the basilica and the thermal baths give us an idea of the most important buildings, but it is the cast plaster casting that impresses the most: they show the exact position of the victims during the eruption… That is fascinating. 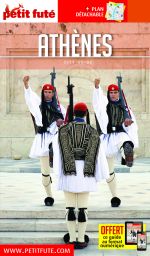 Each year, UNESCO's World Heritage List is expanded. These cultural or natural properties all represent a major interest ...