In Croatia, the sculptor Ivan Meštrović is a historical monument! In keeping with his imposing work, the country has highlighted four emblematic places on the national territory: the workshop in Zagreb, where the master stayed until the Second World War, the Presvetog Otkupitelja Church in Postav (near Drniš), and in Split, where two exhibition areas await the visitor. First of all, the Galerija Meštrović, in the district of Meje, on Mount Marjan, which is quite out of the way. All the buses to Zvončac drive there. This huge neo-classical villa was designed as a rich summer residence. Built in the 1930s to the designs of M. Bilinic and L. Horvat, the palace impresses with its colonnade on the façade and its large opening onto the park and the sea. In addition to the living rooms, various rooms and workshops for the work of the sculptor, who loved raw materials, clay, wood and stone. But the artist stayed there little, refusing even to put his art at the disposal of the German occupying forces. For this, he was imprisoned for a few years and then he went into exile, settling in Switzerland and the United States. Finally, in 1952, by a deed of gift, he bequeathed his palace to the State, which converted it into a museum.

Today, the foundation that manages this heritage of 200 works exhibits a permanent monograph of sculptures, oil paintings, drawings and sketches, which help to understand the genesis of the work. In the park there are also monumental sculptures and, under the vine arbour, in the café-bar-tea room, one can rest after so much sacredness.

The gallery-temple Meštrovićeve Crikvine-Kaštilac, at number 39 of the street. The other part of the visit opens the doors of a 16th century farmhouse, owned by the De Capogrosso family and purchased by Meštrović. A museum of sacred art will be founded there from 1939 to 1941, entirely dedicated to the master sculptor. In this place of peace and meditation, you can take a break in the olive grove, the garden and the beautiful cloister. Inside the soberly decorated Church of the Holy Cross, the bare interior walls bear twenty-eight wooden reliefs, which tell scenes from the life of Jesus. Starting in 1916, Meštrović worked for almost thirty-five years to complete this monumental ensemble, considered a masterpiece of European sacred sculpture. Above the altar, a beautiful crucifix as well. 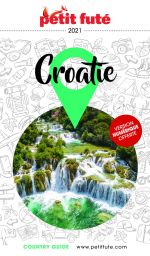