This church of major importance in Croatia is dedicated to Saint Donat, Bishop of Zadar who officiated at the beginning of the 9th century. Adjacent to the early Christian cathedral and the episcopal palace, the basilica has kept its original circular plan, in Byzantine style. Like many buildings built in the West at that time, the church reuses in its foundations cut stones, fragments and column barrels as well as Roman capitals that the builders found around or near the forum. With its exemplary architectural sobriety, the building reaches a height of 27 m and has two floors, held by six massive pillars and two columns around the central hall.

Comparable to the churches built by Christian emperors (Justinian in Ravenna and Charlemagne in Aachen), with monumental baptistery, the basilica symbolized the power of Zadar during the Early Middle Ages. But in the 6th century, a terrible earthquake destroyed this unique complex and the surrounding districts, plunging the city into a long period of misery and oblivion. The reconstruction was exemplary and, even today, the acoustics in this perfect cylinder is exceptional.

A festival of ancient and classical music is held there every year (from mid-July to mid-August). During the summer period, when night falls, images from medieval iconography are projected to music on the interior walls, on the colonnade.

Open every day from 9am to 8pm in winter, until midnight in summer. Multimedia animation at nightfall. Entry 20 kn. 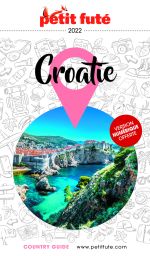