On the heights of the city, the imposing basilica overlooks the sea. In the 6th century, Euphrasius, the first bishop of Poreč, had the construction of this large church undertaken in order to accommodate the growing community of Christians. But the project proved to be too ambitious. The visionary sponsor ordered the end of the project and had the present building erected at a lower cost. The large baptistery dates from the5th century.

The interior of the basilica has been a UNESCO World Heritage Site since 1997, especially for the remarkable wall decoration of the main apse. Dating from the 6th AD, the mosaics are impressive, both for their hieratic grandeur and their perfect state of preservation. A whole section of the religious history of the Empire under Justinian I can be read in them. On the triumphal arch, the blessing Christ with the twelve apostles dressed in white are accompanied by inscriptions with names. The Christ standing on the globe bears an open book with the words Ego sum lux vera: "I am the true light". A row of medallions of saints on a dark background refers to the central medallion depicting the Agnus Dei on a sky studded with stars. On the apsidal headdress, Christ is held by the Virgin on the throne. Their heads are touching a cloudy sky, from which emerges a hand brandishing the crown. They are accompanied by angels and martyrs, Saint Maur, Bishop Euphrasius, Archdeacon Claudius and his son, as well as the builder of the basilica, who holds a model of his building in his hands. In the lower register, on the two panels on either side of the apse, are St. John the Baptist and St. Zechariah, as well as the scenes of the Annunciation and the Visitation, which show the flourishing of the cult of the Virgin at Poreč under the Byzantine influence.

The baldachin, which crowns the altar, was installed in the 12th century. Its decoration, of mother-of-pearl and oyster shells, recalls that of Greek temples. The treasury preserves relics, numerous manuscripts and paintings from the 15th century. Frescoes once adorned the side walls. Restored by the Republic of Venice, they were later destroyed. On the ground, other original mosaics are very well preserved. The best known is the representation of the fish, sign of the First Christians. Those above the entrance door are later, they date from the 19th century. You can climb the steps of the bell tower for the panoramic view.

Open with the public every day from 9am to 8pm. Admission fee: 30 kN. 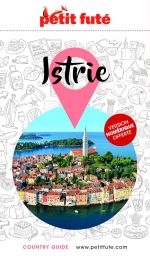