Despite the dizzying expansion of the city of Istanbul and its ever-expanding borders, Beykoz retains in the eyes of its inhabitants its status as the end of the world. A little bit of Istanbul Finistère, where the Black Sea begins. Such a beautiful situation would have attracted different civilizations from time immemorial, and especially Rome, which would have built two temples to the gods Zeus and Poseidon in order to win their favours before venturing into the winds of Pontus Euxinus (Pontus Euxin), a sea then feared. But before the Romans, we find the Thracians, an Indo-European people who settled several tribes between the Carpathians and the Aegean Sea in the 1st millennium B.C. They settled at certain points on the Bosphorus and their names are often associated with the first known settlement founded by Byzas. They are notably at the origin of the Kingdom of Bithynia, which became Roman and then Turkish (13th century). It was at the time of Yıldırım Beyazıt (1389-1402) that Beykoz became Ottoman. The sultans will soon fall under his spell and use it as a hunting ground. Unfortunately, his remoteness caused him more harm than good after the 1950s. Its surroundings have become a prime target for migration from all over Anatolia. Both official and unofficial constructions have followed one another at a frantic pace, creating truly random neighbourhoods that the authorities have not been able to cope with (about 200,000 inhabitants). Environmental groups estimate that 70% of buildings are unauthorized! We arrive in the village after having walked along the green area on the heights. After the quay and the 16th century hammam (left), its monumental fountain (Ishak Ağa Çeşmesi) attracts more attention than its mosque (1810). Great pride of the commune, also called On Çeşmeler (the ten fountains), this fountain is not the only one since the waters of the region are renowned. Although earlier, it was rebuilt in 1747 and underwent several interventions thereafter. A green commune, it has a grove and a park near the Ahmet Mithat Efendi yalısı.

At one time the locality was known for its lamb shank soup, which had many followers. This is no longer the case, but the fish is still there with the turbot, which is a real delight. Besides, it has a good place in the fish restaurant menus.

To see / do Beykoz

Prepare for your trip Beykoz 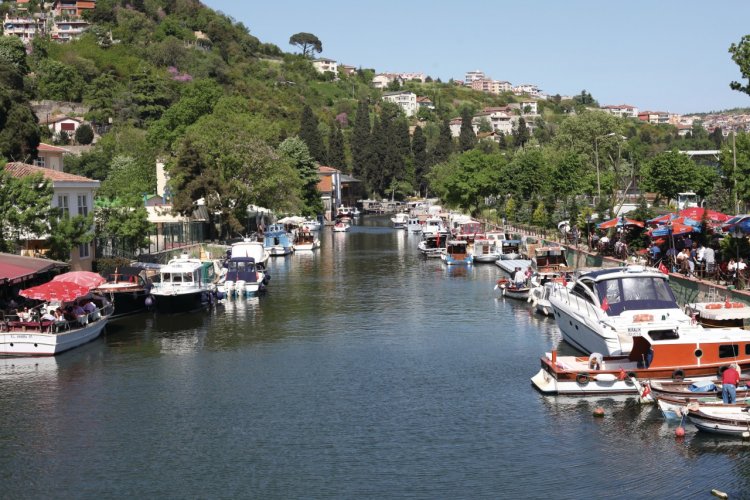 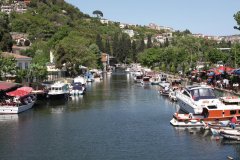