Some 220 km south of Alexandria and 150 km west of the Suez Canal, on the banks of the Nile, the country's titanic and pharaonic capital, the epicentre of ancient Egyptian civilization, now a true political and economic centre of North Africa and the Arab world, flourishes. The second most populated city on the continent after Lagos, it is more than 16 million inhabitants - the Cairoites - who continuously thrill Cairo with a thundering activity. If it is difficult to summarize in a few words all the architectural richness of the city and its surroundings so many are the remains of the ancient civilization of the Pharaohs, the tourist guide of Cairo will give you some tracks and landmarks, starting with Tahrir Square, the nerve centre of the metropolis which has become the symbol of the Arab springs since 2011. Old Cairo is also home to the Fortress of Babylon and the Coptic Museum, but also the Islamic Quarter, listed by UNESCO, and its famous souk, Khan al-Khalili. As we travel south, it is the ancient Egyptian city of Memphis that is revealed to the visitor, while in western Cairo for centuries the enigmatic Sphinx and the pyramids of Giza, of which the one of Kheops is undoubtedly the most famous, have been enthroned. Between history and modernity, ancient mysteries and archaeological sites, Cairo's cuisine and Arab culture, Cairo is one of the most prestigious destinations in the world and must be visited at least once!

What to visit Cairo?

When to go to Cairo?

Winter can be cold in Cairo or Alexandria. This is most noticeable at night, especially since very few places are properly heated. Those camping in the desert should take precautions and not be trapped by the very mild weather of the day.

In spring, a prevailing southwest wind (khamsin or "fifty", as it is supposed to blow for fifty days) warms the whole country. Hot and dry, it sometimes blows violently (100 to 120 km/h) and can cause many delays in air and road transport (silted roads, cleared tracks...).

From June onwards, the thermometer climbs to unreasonable temperatures (40°C, 42°C, 44°C to 48°C on some days in Upper Egypt). The coastline is full of visitors. It must be said that any activity other than swimming quickly becomes unbearable.

From the end of August to the beginning of November, the temperature becomes tolerable again, while remaining very pleasant on the seaside.

Knowing all this, when to go to Cairo? The mid-seasons seem to be the perfect time to enjoy the city's attractions without being too hot or too cold. Spring and autumn are therefore the best times to go to Cairo

The weather in Cairo is always humid, due to the presence of the Nile, and hot from April to September. Temperatures in Cairo then drop a little, and a sweater is needed on evenings from January to March. It can rain during the winter. However, things are not so simple because, as in all semi-desert countries, the influence of the (frequent) wind remains crucial on the temperature level.

The national currency is the Egyptian pound (LE). Cairo is still cheap if you go there as part of an all-inclusive offer. On the spot, individual travellers will see the price of accommodation, catering and travel double. It should be noted that it becomes necessary to bring euros or dollars to Cairo, as some tourist services are exclusively payable in these currencies (at the risk of losing money by paying in LE)

Entry to Cairo and Egypt for French nationals is easy since the visa (maximum validity of 3 months, cost $15) can be purchased locally. Luggage is not searched very much, but it can be searched. Travellers are allowed to enter Cairo and Egypt in possession of LE 5,000. Above this amount they would be exposed to a seizure of the amount exceeding this amount.

In Egypt, and even more so in Cairo, in addition to the sun, it is air pollution that is a risk for you if you suffer from allergies, asthma or respiratory problems. Also equip yourself with repellent so that you don't get bitten by mosquitoes, carriers of viral diseases. Make sure that your vaccinations required in France are up to date (e.g. DT polio). Vaccination against hepatitis A is recommended. You will also need to be vaccinated as a preventive measure for a longer stay and where conditions can be precarious against a number of diseases such as typhoid, rabies and hepatitis B. There is no more malaria in Egypt. Moreover, water is not drinkable in Cairo. Do not hesitate to bring mineral water bottles

How to go to Cairo? Our advice & tips

If there is one destination where the tour package has earned its letters of nobility, it is Egypt! It is even strongly recommended, in order not to pay twice the value of the services, to use the services of tour operators to visit the country of the Pharaohs: all-inclusive stay (all-inclusive), family trips, honeymoon trips, self-drive, tailor-made tours... the possibilities are wide. All that remains is to select the formula that suits you best!

The average price of a direct return flight between France and Cairo is €500 in high season and €400 in low season. However, the arrival of low-cost airlines on the market has changed the situation and it is now easy to find cheap air tickets, around 150 € round-trip. Note that the price variation depends on the company borrowed, but above all, on the time required to make a reservation. It is essential to do this well in advance, ideally six months before.

To travel in Cairo, learn here that there are three metro lines (the oldest on the African continent) and a very dense bus network. Most of the connections are provided by two types of buses: the belly bus, a kind of omnibus that transports the premises from one point to another, and tourist buses, which are more expensive and equipped with an air conditioning system. In the city, there are also many taxis.

Prepare for your trip Cairo

Egypt in 7 days: overview of the country

In the depths of Egypt 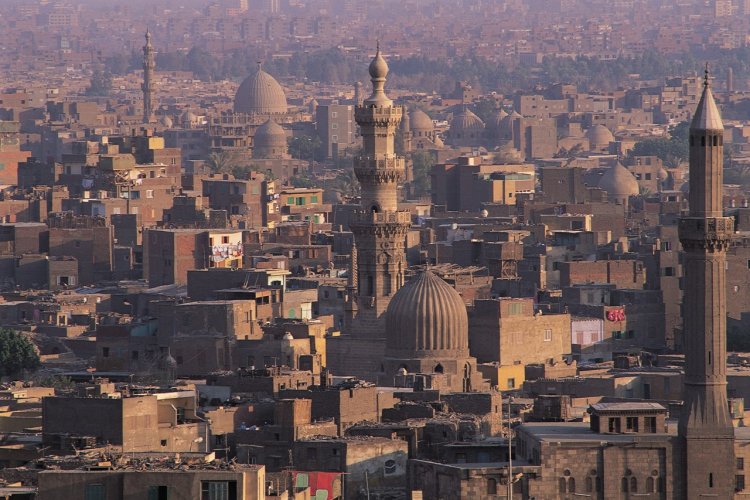 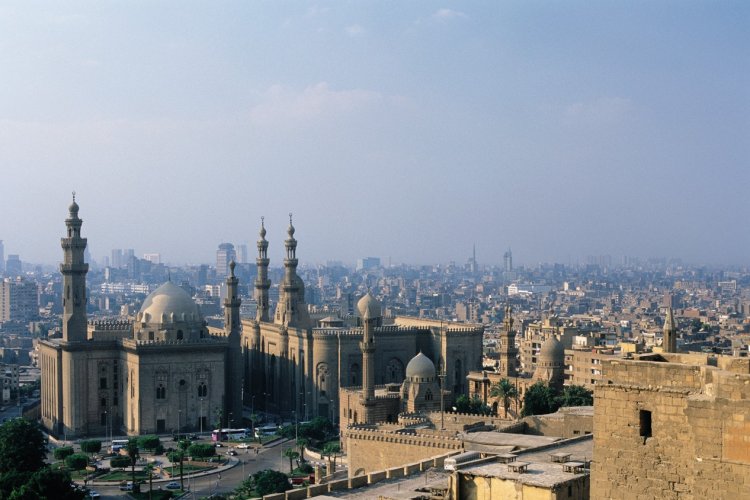 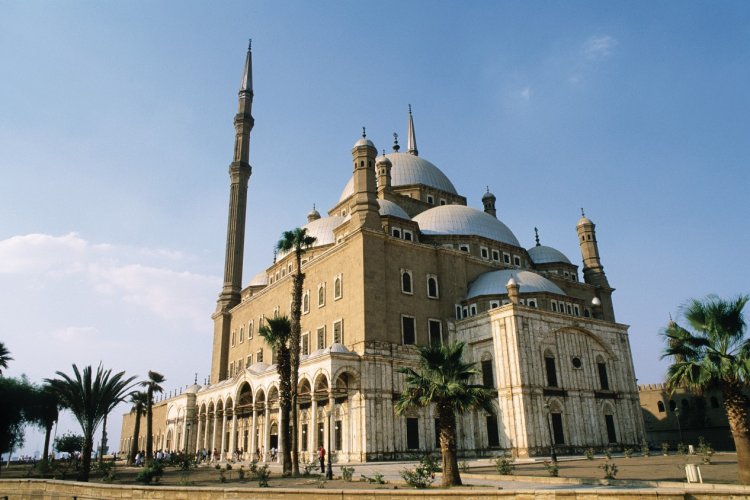 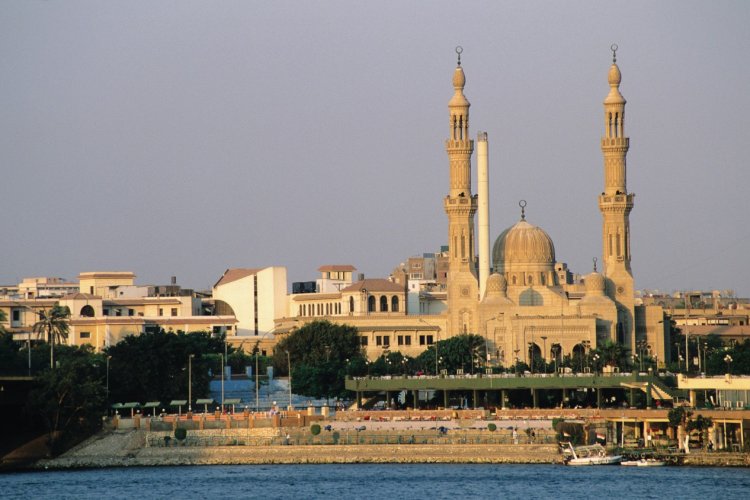 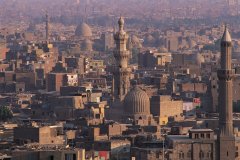 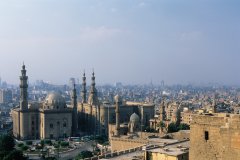 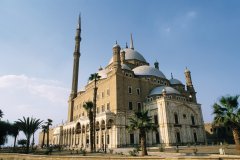 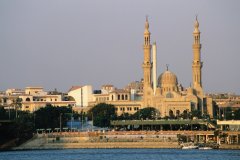 When to go to Cairo? The high tourist season runs from October to February or even early March, while the low season...
Read more about it

The weather in Cairo is always humid, due to the presence of the Nile, and hot from April to September. Temperatures...
Read more about it

The national currency is the Egyptian pound (LE). Cairo is still cheap if you go there as part of an all-inclusive...
Read more about it

Entry to Cairo and Egypt for French nationals is easy since the visa (maximum validity of 3 months, cost $15) can be...
Read more about it

In Egypt, and even more so in Cairo, in addition to the sun, it is air pollution that is a risk for you if you suffer...
Read more about it

The average price of a direct return flight between France and Cairo is €500 in high season and €400 in low seaso...
Read more about it

If there is one destination where the tour package has earned its letters of nobility, it is Egypt! It is even strong...
Read more about it

To travel in Cairo, learn here that there are three metro lines (the oldest on the African continent) and a very dens...
Read more about it

Egyptian history is incredibly rich and a visit to Cairo offers a delightful journey thousands of years back in time. In this sand-coloured megalopolis, the experiences offered are diverse and varied. One discovers religious monuments of great beauty, strolls through the souks to discover local handicrafts and strolls through the museums to better understand the complexity of its history and the multiplicity of its influences. The Egyptian ...

2020 is approaching, the opportunity for us to share with you our travel tips for this year! Universal exhibition, museum openings or cities off the beaten track, several destinations deserve to be highlighted for the events that will be organized there or simply for their unknown tourist attractiveness. To help you prepare your future trips (weekends or trips to the other side of the world), we have selected ten cities that we believe are ...