Housed in a large and beautiful modern tower, the Liberté Hotel, open since 2013, offers 108 design rooms with cosy decor (60 single rooms, 9 double rooms with two beds, 19 superior rooms, 10 junior suites, 10 senior suites). They are spacious and newly equipped with beautiful bathrooms with large shower cubicles, plenty of storage space and flat screen TVs. Other on-site amenities include several conference rooms including a modular one, a bar and a restaurant serving Algerian and international specialties.

Liberté Express and the apartment-hotel

Close to the tower of the Liberté Hotel, the extension of the hotel called "Liberté Express" consists of two modern rooms perfectly equipped for exceptional events such as banquets, weddings, congresses etc., with a capacity of 500 people and more; a 4-star hotel with 50 rooms with restaurant and piano bar, several rooms for seminars, training etc., very much in demand by companies, a hotel apartment of 58 apartments F2, F3, and F4 offering comfort to international standards. 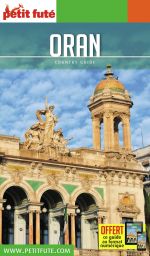