One thing is certain: in 2020, you will move! Are you thinking of moving abroad, but don't yet know very well in which cities to settle down? Instead of leaving on a whim, check out this article based on the Expat City Ranking survey conducted by Internation. This study gives you some clues to help you choose your next place of residence. Several criteria were taken into account such as professional opportunities, cost of living, but also ease of installation. From Barcelona to Taipei, here is where to start a new life in 2020!

It is not surprising to find a Swiss city in this ranking as this country exudes happiness: chocolate, cheese and nature, what more could you ask for? Basel is the second largest city in German-speaking Switzerland after Zurich, close to the Swiss and German borders, and attracts its inhabitants for its security, its public transport system and the quality of its environment. A beautiful invitation to stroll through the alleys of its historic centre and its many green spaces!

The Hague, the Dutch sage

The Hague, the administrative capital of the Netherlands, charms its expatriates thanks to its security on the labour market and its environment. The proximity of the beaches and the modernity of its city centre (which has sometimes shaded its historic centre) certainly have something to do with it. On the cultural side, The Hague also has two very beautiful museums: the Mautishuis and the Municipal Museum. The only black spot: its somewhat harsh climate

Again and again, Switzerland seduces its expatriates! According to them, Zug, a medieval city in German-speaking Switzerland, offers an unbeatable quality of life. Public transport, the environment and the efficient health system are particularly highlighted. Zug is a dynamic city where you can visit its charming medieval quarter and discover Swiss art in its Fine Arts Museum. So, how about Switzerland?

If you have already visited Barcelona, it is very likely that you have thought about packing your bags for good! Well, maybe you should have, since the expatriates who live there have moved the city to seventh place in this ranking! They particularly highlight the mild climate, its great dynamism in terms of cultural offerings and the simplicity of integration into the city. So when do we leave?

How can we not succumb to Lisbon, to the thousand colours of its landscape and the pastéis de nata of Belém? On a daily basis, expatriates are very satisfied with the welcome that the Lisbon people give them, underlining their great sociability. The mild weather is also one of the criteria that makes them particularly happy with their expatriation, and it is easy to understand why! Finally, the remarkable geographical location of the Portuguese capital, a few kilometres from the ocean, was also highlighted

Multicultural, bilingual, dynamic and open to the world, Montreal seems to have all the qualities! For this reason, it ranks fifth in this ranking. According to the Internations survey, expatriates appreciate the working conditions, but also the cost of living in general and the many cultural activities that are held in Montreal throughout the year. The only problem is that the weather is harsh and you have to adapt to it.

Singapore, business and modernismAt the

crossroads of Southeast Asia's roads, Singapore is the business destination par excellence. There are many expatriates and they are all delighted with the security on the streets of the city and the quality of life that is offered. However, from a financial point of view, the cost of living in Singapore does not satisfy its expatriates, who generally find it too high. Temple of luxury, don't think about moving to Singapore to save money!

It was a Khmer fishing village in the 17th century and has grown to become an active city in southern Vietnam. The former Saigon is particularly appreciated by its expatriates for its reasonable cost of living, as they pointed out in the Internations survey. Among the must-see attractions in Ho Chi Minh City are Notre-Dame Cathedral and its large central post office with a structure designed by Eiffel

Malaysia's sprawling capital is delighting its expatriates and is therefore in second place in this Internation survey. Its inhabitants appreciate in particular the simplicity of settling in the city as expatriates. Among the criteria often praised is the ease with which it is possible to quickly meet new people and form a circle of friends. Respondents are also very satisfied with the cost of living in Kuala Lumpur. The Malaysian capital seems to have everything to please!

Already ranked number 1 by its expatriates last year in the same Internations survey, Taipei remains in the lead. Expatriates living in Taipei highlight the quality of its urban environment, its efficient public transport and its measured cost of living. However, expatriates regret the great difficulty in learning the local language. Taipei is therefore the city where expatriates feel most comfortable. How about you, do you feel about it? 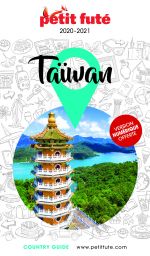 How to easily organize corporate events in the four corners of France?

Many companies have to organize events such as meetings, seminars, conferences and team building. Not to mention company ... Read the article

Founded in 1919, the Air and Space Museum is one of the first aeronautical museums in the world. Installed on the site ... Read the article

Sun for the body, peace for the mind and warmth for the heart at the Hotel Bonsol

There are hotels that leave their mark on you, that touch you, that give you the impression that time stands still and ... Read the article