A traditional medieval equestrian parade in the city centre, during which young riders compete in prowess.

The Nuestra Señora de Gracia fiestas have been celebrated in Mahon (Menorca) every year in early September since the early 1890s with a medieval-style equestrian parade in which young riders compete for prizes. The horses, of Menorcan breed, and the riders dressed in traditional costume offer a parade in the city centre. In the evening, a jaleo is held in the Town Hall square. The festivities begin on the 7th with the ringing of the church bells at 4pm and end on the 8th in the evening, on the balcony of the town hall with a popular song.

Mahón – Maó
You are the person in charge of this place, click here 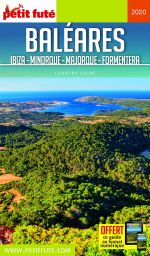