The city break is one of the most popular types of stay for travellers. For a weekend, it allows you to escape from your daily life and explore new horizons, just a few hours' flight from home. Easily accessible and always as exotic as ever, the destinations we have selected are among the most popular in Europe. From Rome to Lisbon to London, these cities are part of the essential baggage for all globe-trotters and are the guarantee of a successful city break! And which ones have you visited before? Which destination is still missing from your list?

From the Trevi fountain to the Colosseum and Piazza Navona, Rome is an open-air museum. History and culture meet in a warm atmosphere. Culinary capital if ever there was one, it will certainly delight your taste buds with its alla carbonara pasta and delicious ice cream. The off-season is the best time to discover the Italian capital and take a last sunbath in the autumn.

Lisbon, the colourful one

Far from the "metro, work, sleep", in Lisbon we will prefer the tram and fado! For a weekend, we walk in the footsteps of the great explorers in Belém before getting lost in the steep streets of the picturesque Alfama district. It is necessary to take the time to walk around the city, joining its many watchtowers which reveal their superb panoramas. As soon as you return, you will understand the meaning of the famous Portuguese saudade!

The Czech capital is increasingly appealing to travellers thanks to its unmissable monuments and enchanting atmosphere. Its castle on the hill, Pražský hrad, offers one of the most beautiful views of the city and its orange roofs. The astronomical clock, a UNESCO World Heritage Site, sets the rhythm every hour of the day with its twelve animated apostles and trumpeters. At sunset, a walk on the Charles Bridge will amaze you

Ideal for an autumn weekend, Copenhagen is a city on a human scale that you can discover by strolling, walking or cycling. Its typical port, the Nyhavn, is the city's lung. It is here that we find the emblematic statue of the Little Mermaid of Andersen, symbol of the capital. Modern and dynamic, Copenhagen also surprises with its elegant historical buildings such as the palace of Christian VIII or the castle of Christiansborg

As the city of Sissi the Empress, Vienna shines with its elegance and refinement: all you have to do is walk through the gates of Schönbrunn Palace to see it. The summer residence of the Habsburg royal family is nothing but splendour and luxury. Esthetes will appreciate the many Viennese museums and the National Opera, one of the most famous in the world. In Vienna, culture and history go hand in hand.

Bruges, the Venice of the North

A romantic destination par excellence, Bruges is even on the way to supplant the famous Venice! This medieval Belgian town has an undeniable charm and it is good to stroll along its canals. Its pedestrian and paved streets date back to the 14th century, where you can admire the monumental belfry, symbol of the city, but also the flamboyant 15th century basilica of the Holy Blood. A true journey back in time!

In Seville, the sun shines all year round, it is the perfect destination to recharge your batteries in the fall! A symbol of historical cultural diversity, the Andalusian capital enjoys an incredible architectural mix: Greeks, Phoenicians, Arabs and Christians have left behind magnificent monuments such as the Giralda or the Alcazar. At night, the tapas bars are a sure bet to enjoy the festive atmosphere of the city.

Looking for a shopping destination, culture and trends: don't hesitate any longer, London is waiting for you! The elegant British capital is seductive for its dynamism and its diverse neighbourhoods, from Chelsea to Camden and Notting Hill. Don't forget its world-renowned museums such as the British Museum or Madame Tussauds, before climbing into the London Eye for its breathtaking view. A well-filled city break!

How can we not be impressed by the one who was the heart of ancient Greece? Whether or not a history buff, we all have in mind an image of the Acropolis and its Parthenon. To visit them is to discover the cradle of democracy. To take the pulse of the lively Athens, it is also necessary to stroll through the alleys of the Monastiraki district and shop in its picturesque market before relaxing on the terrace. It's the holidays, isn't it?

Dublin, a weekend in the green

Cultural and festive, Dublin is a delight for all travellers. To discover the city of James Joyce and Oscar Wilde, you must first get lost in the huge library of Trinity College. This is where the famous Book of Kells, an impressive illustrated manuscript dating back to 800, is located. In the evening, you can immerse yourself in Irish culture at Temple Bar, a mythical pub where music plays until late at night..

To be read next:
Top 10 most beautiful walks in France with the Decathlon Outdoor application Top 10 monuments to visit in Paris and Ile-de-France 5 good reasons to discover the village of Roquebrun and its vineyard Top 5 cities to discover during a weekend this summer in France 10 cities in Europe where to retire Top 5 experiences at the Air and Space Museum at Le Bourget Spring in Dubrovnik: 10 good reasons to visit the city before summer Top 10 experiences to live in the Greater Carcassonne 10 good reasons to visit the Belvedere in Vienna
Advertising 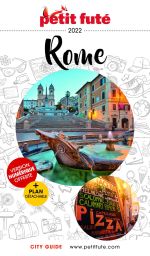 Where to go in November? Where and when to go? Destinations and advice

With winter fast approaching and the coats out, are you dreaming of getting away? Nothing like a little trip to recharge ... Read the article

Italian cuisine is renowned throughout the world and has many fans. From antipasti to pasta, pizza, gnocchi, risottos, ... Read the article

Around the world, kings and presidents often occupy grandiose palaces of incredible beauty. Architectural splendours in ... Read the article