Each year, UNESCO's World Heritage List is expanded. These cultural or natural properties all represent a major interest in our common heritage and deserve to be preserved. This year, exactly 1,073 sites are on this list. Italy remains the country with the highest number of classified properties, while France is in fourth place, preceded by Spain. Through its history and culture, Europe is therefore one of the most represented continents: these are our must-see

Classified since 1986, this geological formation of more than 40,000 hexagonal basalt columns reflects Northern Ireland: mythical and surprising. Its stone pillars are said to have served as a bridge for the giants between Ireland and Scotland, according to legends. Scientifically, studies have shown that this spectacular landscape is the result of volcanic activity dating back some 60 million years

All travellers fall in love with Prague. Bewitching and mysterious, its thousand-year-old history can be seen in its monuments, from Vyšehrad Castle to St. Vitus Cathedral. A UNESCO World Heritage Site since 1992, the city has seen its number of visitors grow in recent years to the point where it is now a popular destination for partygoers, for its large number of bars and discos, and for couples: Prague is on the way to becoming the new Venice!

Listed since 1986, Stonehenge, Wiltshire, is one of Britain's most visited sites. This megalithic complex, which dates back to the Bronze Age, is still surrounded by a thick mystery. Its 50-tonne menhirs, arranged in an astrological order, fascinate by their immensity and the enigma that surrounds them. How did they get here? What is their meaning? The show is grandiose and thought-provoking

Since 1979, "The Wonder of the West" has been a UNESCO World Heritage Site. Mont-Saint-Michel, standing on its rocky islet and beaten by Normandy winds and tides, is one of the symbols of France. The Benedictine abbey, built between the 11th and 16th centuries, is dedicated to the Archangel Michael. It later became an important place of pilgrimage, which helped to create a picturesque village that many travellers visit with wonder every day

The Acropolis of Athens, Greece

The Acropolis of Athens is one of the most beautiful legacies that ancient Greece has left us. This naturally fortified site houses the most significant temples of this civilization: from the Erechteion to the temple of Athena Nike and of course the famous Parthenon. Built between 447 and 432 BC, it is the first monument of antiquity built in marble. Its architecture is the basis of many other buildings such as the National Assembly of Paris or the Supreme Court of the United States in Washington

The historic centre of Bruges, Belgium

Listed as a UNESCO World Heritage Site since 2000, Bruges is known as the "Venice of the North". In this flamboyant 14th century setting, there are indeed many canals criss-crossed by river shuttles, once used for commercial purposes. Visiting this small town in Flanders is like immersing yourself in its medieval history while tasting some of the most modern and typical Belgian flavours: you can brew some of the best beers in the country and the chocolate is divine!

The historic centre of Rome, Italy

An eternal city if ever there was one, the Italian capital is a true open-air museum. From the Colosseum to the Imperial Forums, the Roman Empire offers itself in all its grandeur. The UNESCO World Heritage Site extends to the walls of Urban VIII and includes unparalleled historical evidence over nearly three millennia of history. Roma caput mundi, Rome capital of the world, is it pleasant to say and check

Included on UNESCO's World Heritage List since 2005, the fjords of western Norway offer a spectacular landscape. These crystalline giants rise to 1,400 m above the sea and plunge 500 m below it: they are among the longest and deepest in the world. In this setting of glaciers, rivers and steep mountains, a boat tour is unforgettable

From the Sagrada Família crypt to the Casa Batllò, Casa Milà, Colònia Guëll crypt, Casa Vicens and the Sagrada Família crypt to the park and Güell palace, Gaudí has made an exceptional contribution to Barcelona's architecture. His frescoes in a thousand colours and his recognizable architectural creations are among the most representative images of this ever-changing city

A land of history, Italy is home to one of the most impressive archaeological areas in the world: Pompeii. After the eruption of Vesuvius, time seems to have frozen in this city of 20,000 inhabitants, forever preserving its customs in ashes, volcanic dust and pumice stone. Discovered in the 18th century after numerous excavations, this breathtaking testimony to the way of life of the citizens of the Roman Empire is a jewel of World Heritage

In southern Albania, not far from Saranda, is the ancient city of Butrint. It became a UNESCO World Heritage Site in 1992 and its national park was officially created in 2000. This archaeological site is a precious testimony to the different civilizations that have followed one another in Albania since prehistoric times: from the Greeks to the Romans and the Venetians. Many hiking trails criss-cross the park, which is located in a marshy area where many threatened species live

On Lake Constance, in Germany, the island of Reichenau still has a Benedictine monastery founded in 724 by Bishop St. Pirmin. It is said that in the past the island was populated by snakes and impenetrable forests, but when the saint ventured there, he saw springs of water born under his feet that led him to build an abbey. The monastery was an important European cultural centre in the 10th and 11th centuries, as its various wall paintings still attest today.

The historic centre of Guimarães, Portugal

This medieval city is considered to be the cradle of Portugal since the first king, D. Alphonso Henriques, was reportedly born in the city's castle in 1110. Guimarães was also the territory of the dukes who declared the country's independence in the middle of the 12th century. The historic centre is perfectly preserved: among its monuments of interest are of course the castle but also the Paço dos Duques, one of the places of residence of the President of the Portuguese Republic

In Ilulissat is one of the most majestic fjords in Greenland. It is located at the mouth of the Sermeq Kujalleq, one of the fastest glaciers in the world, moving 19 m in 24 hours! The spectacle of ice blocks breaking away from the fjord to reach the fjord leaves travellers amazed by the force of nature. Ilulissat is also a representative place for climate change that has been occurring for several years

Located at the top of a hill, the Alhambra dominates the city. This fortress built in the 9th century is a splendid example of Nasrid architecture. Inside, in addition to the fortresses and royal apartments, you can visit the Generalife and its sumptuous gardens, characterised by their ingenious water play system. On an adjacent hill, the Albaicin district is the most typical of the city and is a wonderful example of Moorish culture

The 19 mills of Kinderdijk are part of the symbols of the Netherlands. This beautifully preserved 18th century complex is used to drain the waters of the Alblasserwaard basins. The clever hydraulic techniques that have been put in place there testify to the ingenuity of the Dutch in water management. The verticality of the territory, between canals, dikes and fields, forms a unique landscape

The historic centre of Salzburg, Austria

Cradle of Mozart's genius, Salzburg has a rich culture and heritage that testifies to its former status as a city and ecclesiastical state. Governed by archbishop princes, from the Middle Ages to the 19th century, it is known as Northern Rome. It is true that its flamboyant Baroque style, partly due to the Italian architects Vincenzo Scamozzi and Santini Solari, testifies to a sumptuous encounter between Austria and Italy

The Pirin National Park, created in 1963 in southwest Bulgaria, contains the natural treasures of the Balkans: rocky mountains, pine forests, lakes and waterfalls follow one another over an area of 274 km2.A typical fauna and flora populate the park, we also find several protected species such as the brown bear, the wolf or the chamois. Peak Vihren, the highest peak on the site, rises to 2,914 m and offers several possibilities for climbing

The Gulf of Porto in Corsica, France

On the western coast of Corsica, the Gulf of Porto is one of the most beautiful natural sites on the island. From the Piana Calanche, geological wonders carved out of red granite rocks, to the Scandola Reserve, an ecological treasure where rare species are preserved, we discover a remarkable example of environmental protection. The Gulf of Girolata, accessible by foot or by boat, is also not to be missed

The trulli of Alberobello, Italy

Once upon a time, in the south of Italy, there was an enchanted village: Alberobello and its famous trulli seems to have come straight out of a fairy tale! Trulli are typical Apulian constructions made of dry stone. They are distinguished by their pyramidal or conical roof. Most of these trulli are found in the Itria Valley, both in Locorotondo and in Martina Franca or Cisternino, but it is in Alberobello that the concentration is highest

1 /
To be read next:
Top 10 Events in Latin America
The most beautiful villages in England
10 activities to keep your kids busy on vacation (guaranteed success!)
Maritime motorcycle trip along the Basque coast
10 must-experiences to live in Siberia
Top 10 places to run in Lyon
10 sun destinations for extended weekend
The essentials of the Alps
The world's most mysterious forests 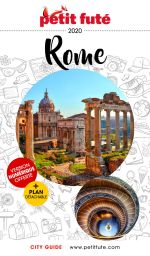