Located at an altitude of 1080 m, on a granite hill, the abbey of La Chaise-Dieu was founded in the 11th century by Saint Robert of Turlande. At that time, La Chaise-Dieu had only a simple parish building. It was not until 1343 that the abbey really took shape, thanks to Pope Clement VI. This former monk who had become a Benedictine monk at La Chaise-Dieu had the Romanesque church destroyed and financed the construction of the new abbey church, which was larger than the previous one. It was here that he chose to be buried after his death in 1352. Located in the center of La Chaise-Dieu, this abbey is of great historical wealth. It is the jewel of the village and is the pride of its inhabitants. Among the must-see sites to visit :

The Saint-Robert abbey church. Built between 1344 and 1352, in the Gothic style, it has been classified as a historical monument since 1840. In spite of its apparent austerity, it is full of treasures, including the tomb of Pope Clement VI. His marble recumbent statue rests in the center of the nave. It is surrounded by 144 simple and austere stalls, real jewels of cabinetwork that serve as a showcase and have been preserved in near perfect condition. Admire also the beautiful organ, typical of the French classical period, classified as a historical monument since 1849. With its great simplicity, the abbey church is an invitation to meditation and contemplation.

The Dance of Death. Still in the abbey church, passing by the side of the abbey, one can see the impressive Danse Macabre, 26 m long and extending over 3 panels. Dating from the 15th century, this fresco is one of the rare dances of death to survive in France, and would also be the oldest in Europe. It represents, on an ochre background, 23 white silhouettes of about 1 m high. Between each of them stand out more disturbing figures: dancing skeletons that seem to take the living by the hand to take them with them. The danse macabre was a very popular motif in the late Middle Ages. It symbolizes the fact that we are all equal in the face of death, which takes everyone, young and old, regardless of gender, status or caste. The first panel represents the great of this world (popes, emperors, etc.), the second panel the bourgeois and the third the people (hermits, children, etc.). The Danse macabre of the abbey of La Chaise-Dieu is unfinished: it is estimated that its realization was interrupted in 1470, but it is not known why.

The cloister, of Gothic architecture, is worth a look and a stroll. Built in the 16th century, the current cloister replaced the Romanesque one, designed by Saint Robert. It constitutes the heart of the monastery. Unfortunately, the cloister of the abbey of La Chaise-Dieu has only two sides today, the south and east galleries having been destroyed by fire before the Revolution and then vandalized during the 19th century. Nevertheless, one can still admire, just at the entrance of the old refectory, the washbasin which was used for the ablutions of the monks.

The chapel of the Penitents. Where the monks' refectory used to be, there has been a chapel since the 19th century, which today serves as a winter parish church. On the rostrum are the symbols of the passion of Christ.

The Chapel of Our Lady of the College, which has regained its architectural coherence thanks to work undertaken in the 2010s. Here are presented 14 Flemish tapestries of the 16th century, restored and beautifully illuminated, which form an invaluable group for their quality and iconography. Twelve of them form a complete suite, while the other two, probably from the same workshop, were commissioned by the abbot for a more personal use.

The Clementine Tower. Wanted by Pope Clement VI, it was completed by his nephew, Pope Gregory XI, at the end of the 14th century. Its construction is therefore later than that of the abbey church, to which it is attached. The Clementine tower, which served as both a keep and a granary, played a decisive role in 1562, when the abbey was invaded and sacked by the Huguenots. The monks took refuge there and were able to resist the attacks for several days thanks to the oven and the well which were arranged there.

The Echo Room. In this astonishing room, decorated with mural paintings with plant motifs, it is possible to hear distinctly the whispers of a person positioned at a corner, if one is at the opposite corner. An amusing acoustic phenomenon that visitors can enjoy. Legend has it that this room was used by the monks to confess lepers.

Since 2007, the abbey has been the subject of a vast renovation project. A new museographic tour has been set up to better immerse you in these treasures. An optical theater film tells the story of the foundation of the abbey, an optical projection plunges you into the particular world of the dances of death, a film presented by Stéphane Bern explains the history of the abbey and another traces the restoration of the tapestries. Since 1966, the abbey of La Chaise-Dieu is also the setting for a classical music festival of reference, which takes place every year in August. Mainly centered around sacred music, it also offers a repertoire of contemporary music and attracts about 25,000 people at each edition.

Information on ABBEY OF LA CHAISE-DIEU

Closed from November to March. Low season: open Wednesday and Friday to Sunday from 11am to 6pm. High season: every day from 10am to 7pm. Free of charge. Guided tour. Shop. 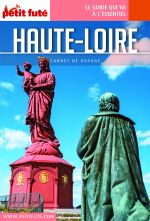