With some 477,000 inhabitants, Staten Island is the least populated of the boroughs of New York City. The island's bigger than Manhattan. It is covered with hills, and Tottenville is the highest point in New York City. Two beaches to the north, Kull van Kill and Arthur Kill, are bordered by the world's most polluted waters, as much of the city's garbage is dumped in this area. Staten Island was for a long time the safest borough in New York City: it was only accessible by ferry from Manhattan and Brooklyn. According to one cliché, the island was mainly inhabited by retired captains and policemen. The construction of the Verrazano Bridge changed the data radically. Many newcomers settled there to flee the ghettoizing Brooklyn neighborhoods. This is where the greatest hip-hop group of all time was formed: the Wu-Tang Clan, and where most of its members, its stars (RZA, Genius, Method Man, Ghostface Killah, Raekwon, Inspectah Deck, Old Dirty Bastard, U-God, Masta Killa and Cappadonna) and affiliates (Killah Priest, Sunz of Man, Killarmy, Shyheim, etc.) were born.

The city's most notorious and powerful mafia groups have also set up their villas in residential areas (see the TV series Les Sopranos in particular). But the population remains predominantly white, family and republican.

Some curiosities await you on the island, whose discovery is not made easy by rather rudimentary transport: the Jacques Marchais Center of Tibetan Arts is an interesting small museum with a real pagoda and an impressive collection of mysterious objects (Jacques Marchais is the pseudonym of an American collector who found it more chic and more credible to take a French name). The place gives a glimpse of the real America, that of the suburbs: private houses, private cars and long distances.

We will eventually visit the Richmond Town Restoration (Richmond Avenue), a site of 26 historic buildings, the St. George neighborhood, where retired sailors once lived, or the Snug Harbor Cultural Center, one of the most active arts centers in New York City. Whatever you decide, Staten Island is the place to escape the stress of Manhattan on the water.

You have to take the ferry at least once. The luminous splendour of Wall Street reflected in the Hudson Bay at dusk is an incomparable and unforgettable memory.

To see / do Staten Island

Prepare for your trip Staten Island 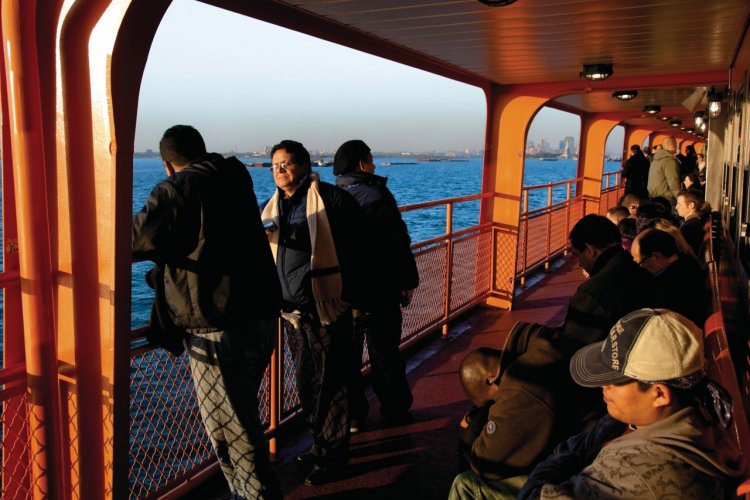 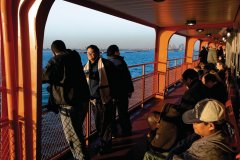