A city of celebration and culture where the sun shines almost 300 days a year, Seville is the perfect destination for a weekend or a week in Spain. Housed along the Guadalquivir River, which connects it to the Atlantic Ocean 70 kilometres away, the capital of Andalusia offers a marvellous Gothic architectural blend, the result of the successive passage of Greeks, Phoenicians, Arabs and Christians. Symbols of this beautiful diversity are its immense cathedral, which has turned the Giralda, the minaret of the old mosque on which it was built, into a bell tower, and of course the palace and gardens of the Real Alcázar, built by the Arabs and later refurbished by the Catholic kings. Alongside these two must-see monuments, Seville is also and above all full of traditional and modern neighbourhoods in which it is good to get lost, between monumental squares such as the Plaza de España or squares decorated with fountains and orange trees, colourful doors and windows, cobbled streets and green patios lined with azulejos. As soon as the temperature softens with the approach of nightfall, Seville puts on its festive clothes and invites you with a flamenco air in one of the tapas bars that brighten up its streets to meet a population that sometimes seems to live outside. The historic centre is full of treasures. A visit to the Andalusian capital may extend to the outskirts. It is a city that will appeal to sports enthusiasts, particularly with two renowned clubs playing in the top division: Sevilla FC and Betis Sevilla. Seville is undoubtedly one of the great Spanish cities like Madrid or Barcelona. This is a place you must visit in search of the mysteries that feed the folklore of the region! Don't wait any longer to take a trip.

What to visit Sevilla?

When to go to Sevilla?

The best time to discover Seville is in spring (March to June). However, you should know that in April, tourist numbers are at their peak: it is during this time that Holy Week and the Feria are celebrated; accommodation prices sometimes increase by more than 50%! Petit futé advises you to visit Seville in September and October when the temperatures are still very pleasant and the Bienal del Flamenco is held (and the bullfighting season which only ends on October 12). In summer (July-August), it is stifling hot, the thermometer explodes and activity ceases (many establishments are closed). Autumn and winter are mild and quiet seasons. The Christmas season attracts a large number of tourists. You will find more practical information in your travel guide.

Located in the south of Spain, not far from the African continent, Seville enjoys a Mediterranean climate with continental influences. Its mild and clement climate makes the city attractive. Its average annual temperature is 19°C. However, Seville has particularly hot summers, with temperatures that can exceed 40°C between June and August. Keep this information in mind before planning your excursions.

Spain is in the euro zone. Seville is a city all the more pleasant as it remains affordable. There is a wide choice of accommodation, from guesthouses to luxury hotels, hostels and restaurants of all kinds. There's something for everyone. Please note that most accommodations and restaurants are subject to a 10% value added tax (VAT), so please check beforehand whether the prices indicated are inclusive of VAT or not. Find all the good addresses in your travel guide. A shopping session won't cost you more than in France, but don't expect to save money either.

For Andalusia members of the European Union only need a valid identity card (in Spain it is called Documento Nacional de Identidad, el DNI, pronounced "dini", for intimate people) or a passport. Visas are not required for Canadian nationals if their stay is less than three months. Don't forget your driver's license for car and motorcycle rentals. For students, the ISIC international student card will authenticate your status and make it easier for you to get discounts for your cultural outings.

There is no particular recommendation for a destination like Seville. However, make sure that your vaccination record (DT Polio...) is up to date. Don't forget to ask the Social Security for your European Health Insurance Card if you plan to stay in Spain for a while. Tap water is drinkable everywhere, even if it really doesn't taste good

How to go to Sevilla? Our advice & tips

As part of an organized tour, Seville is often part of a larger tour in Andalusia to discover the other wonderful cities of the region such as Cordoba, Cadiz and Granada without forgetting the white villages of the Sierra Nevada. Seville is then often the city from which you will radiate back to your hotel most evenings. For those who fear the language barrier, it is possible to find an interpreter guide who speaks French. Moreover, they know the must-see tourist sites by heart.

There are many direct flights to Seville. The price of a flight to Seville can vary by a factor of two, depending on the period and the airline. To obtain an attractive rate, it is necessary to book in advance. Seville is a safe city, there's not much to fear. The only real danger you may face is theft. As is the case in most tourist cities, pickpockets and pickpockets operate in Seville.

Of course, there are horse-drawn carriage rides, but you won't get far. If you stick to the city centre, you won't really need public transport apart from the tram that runs through the historic districts because the area is not very large. To get to the outskirts, buses and the new metro are at your disposal. Tourist buses are also a good plan for guided tours in Seville.

Seville for a weekend

Discovery of the Andalusian capital 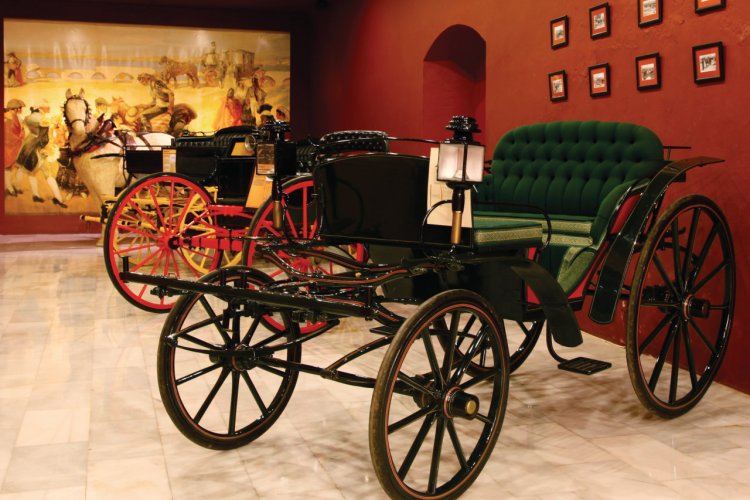 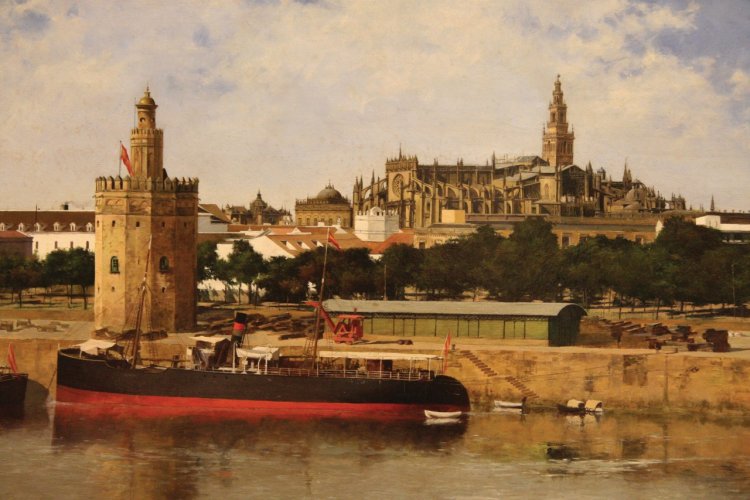 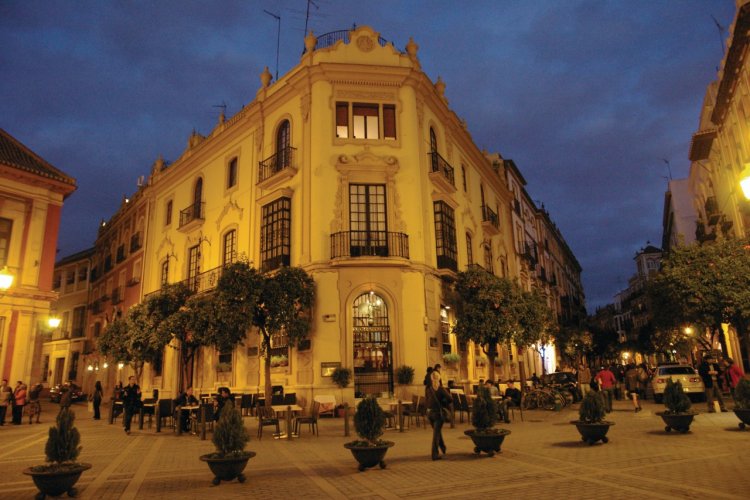 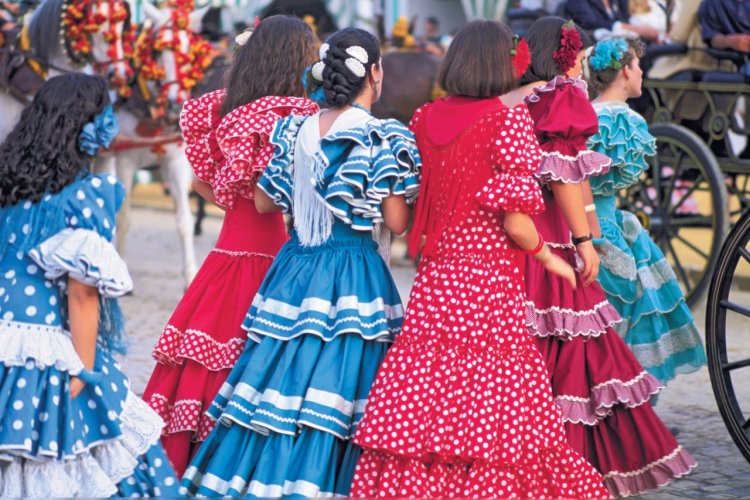 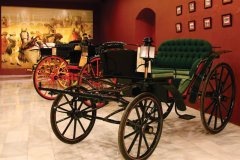 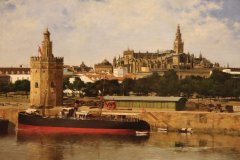 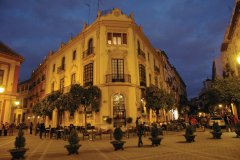 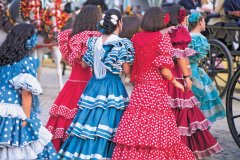 The best time to discover Seville is in spring (March to June). However, you should know that in April, tourist numbe...
Read more about it

Located in the south of Spain, not far from the African continent, Seville enjoys a Mediterranean climate with contin...
Read more about it

Spain is in the euro zone. Seville is a city all the more pleasant as it remains affordable. There is a wide choice o...
Read more about it

For Andalusia members of the European Union only need a valid identity card (in Spain it is called Documento Nacional...
Read more about it

There is no particular recommendation for a destination like Seville. However, make sure that your vaccination record...
Read more about it

There are many direct flights to Seville. The price of a flight to Seville can vary by a factor of two, depending on...
Read more about it

As part of an organized tour, Seville is often part of a larger tour in Andalusia to discover the other wonderful cit...
Read more about it

Of course, there are horse-drawn carriage rides, but you won't get far. If you stick to the city centre, you won't re...
Read more about it

Where to go on vacation this summer 2022? You may be asking yourself the question! The summer season is fast approaching and the first reservations are in full swing! If you lack inspiration, then we highly recommend you to read this article. There are several countries to discover this year, from the territories closest to France to the must-see places on the other side of the Atlantic!Enjoying an immersion in the heart of the Andalusian ...

For some people, retirement is the perfect time to change their life and fly to new horizons. What if it was the opportunity to move to a city in another European country? The Old Continent is full of cities where life is good, with capitals on a human scale, sunny cities along the sea and others where the cost of real estate and life in general remains accessible. You too, have a craving for change since your early retirement and wish to ...

Tourist Innovation Summit in Seville: the Little Clever Boy as a partner

From November 25 to 27 will take place the Tourism Innovation Summit 2020 in Seville, Spain. Le Petit Futé and TIS have signed a collaboration agreement to participate in the revival of the sector through innovation, technology and sustainability. The Tourism Innovation Summit will physically and virtually connect decision-makers, who will exchange and take decisive decisions for the recovery of the sector. The post-Covid scenario, new ...