In 1613, two Dutchmen, Dirck Claeszoon Van Sanen and Nicolaas Baliestel, built a small trading company next to the Amerindian village Parmirbo. This location on the West Bank - west bank - of the Suriname River, 23 km from the Atlantic Ocean, is the origin of today's Paramaribo, the capital of the Republic of Suriname. In 1650, the city became the capital of the new English colony, founded by Lord Francis Willoughby de Parham, Governor of Barbados. In 1667, during the Anglo-Dutch war, the city was taken by the fleet of ships led by Abraham Crijnssen. The Treaty of Breda of 1667 established Paramaribo as the most important city of the Dutch colonies. After various transfers of power between the English and the Dutch, the city was definitively under Dutch authority from 1815 until its independence in 1975. In January 1821, the town was ravaged by a violent fire that destroyed 400 houses. Eleven years later, a second fire destroyed 46 houses.

Today, the city is very lively, the cars are numerous and the streets are swarming with people doing their shopping. On the shopping side, you will find a great diversity of fabrics, handicrafts but also branded clothing defying all competition. The evenings are also hectic and electric: musical buses rented for special occasions roam the main streets, bars fill to the rhythm of Caribbean sounds, clubs are crowded and the city's many casinos are never empty.

On Sundays, the hustle and bustle gives way to quiet streets, an opportunity to enjoy the magnificent architecture of the historic old town centre, a UNESCO World Heritage Site in 2002, which presents: "the gradual fusion of European architecture and building techniques with indigenous South American materials and craftsmanship, which has finally given rise to a new architectural language". The buildings and houses are made of wood, and are strongly reminiscent of American Louisiana with its Creole houses. The main outstanding buildings are Fort Zeelandia and the Presidential Palace. The religious architecture is also astonishing and varied. Among these buildings, it will be necessary to visit the Sint Petrus en Paulus Cathedral-Basilica, one of the highest wooden buildings in South America, seat of the Diocese of Paramaribo; to admire the "Neveh Shalom" synagogue, of 1837, or the Hindu temple Arya Dewaker .

The numerous markets and stalls allow one to familiarize oneself with the cultures present in Suriname, around the famous Parbo bier. It is rather easy to find your way around this capital, which can be visited by taxi or bicycle, especially in the historic centre. Parallel to the Suriname River, the large Waterkant Avenue offers a nice refreshing walk, leading to the historic city centre and Fort Zeelandia. The streets are generally perpendicular to this large avenue, and crossed in the centre by a canal: Sommelsdijkse Kreek. Paramaribo combines relaxation, architectural richness, shopping and festive places, and will not leave you indifferent!

The must-see places in Paramaribo

Prepare for your trip Paramaribo 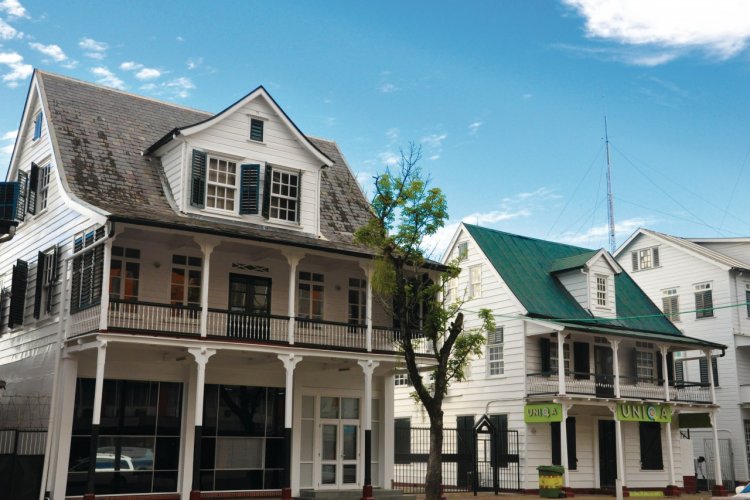 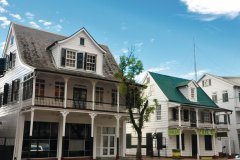