Gorée is a wonderful island off the coast of Dakar. She's unique. Perhaps it is this singularity that motivated the creation of the strange University of Mutants ("mutate or die"), imagined by Senghor and the writer Roger Garaudy. Go there to see the museums, stroll through its narrow streets planted with palm trees and flowering bougainvillea, appreciate the quiet charm of the decrepit colonial buildings and its unique colours: reds with the patina of ages, Spanish (or Italian) ochres with fragile scales... And of course, visit the House of Martyred Slaves, a place of remembrance symbolizing the slave trade of an entire continent in search of a lost history, a red-hot burn inflicted by colonization. Nelson Mandela, the liberator of black South Africans subjected to apartheid after centuries of slavery, and former Pope John Paul II, Yasser Arafat came here to pay tribute to the 12.5 million slaves deported to the Americas between 1501 and 1866. It is no coincidence that Barack Obama, the first black American president, paid a solemn visit to Gorée with his family on 27 June 2013 before embarking on a major African political tour.

An overview only takes a few minutes. To the right of the landing stage on arrival, here is the residential area. On the left is the lively, popular Gorée, with open doors as everyone knows each other, shady courtyards, arenas where dance groups rehearse. And music everywhere. Tam-tam? More like djembe. Gorée is a mecca for music and especially percussion. Go up to the top of the cliffs of the Castel. The music gets louder. This is where the bands rehearse almost all the time. Climb to the top of the island. The view is sublime and one can get dangerously close to the edges of the wall. Then, take a trip to the interesting Historical Museum on the tip of the island, leave, digest it all, and then come back for the selfless pleasure of taking the rowboat and rediscovering the atmosphere, these sublime houses.

Blessed are those who take the shuttle on Sunday afternoon, against the tourist flow, and disembark, for a few hours, to stuff themselves with pastels (the best in Dakar) or have a drink before eating a grill in front of the sea. If you come home in the evening, a sweater and sometimes a windbreaker are de rigueur.

History. From the Portuguese Palma (1444), then from the Island of the Boats (1481), the navigators of Lisbon used it as a graveyard. They then built a stone chapel there. From 1536 and until the abolition of the slave trade in 1848, the island became the last place of passage for slaves from West Africa on their way to the United States.

At the end of the 15th century, it was the turn of the Dutch to occupy the place, which they nicknamed Gorée (or more precisely Goede Reede, "good harbour") after its safe anchorage. In the aftermath, they erected the forts of Nassau (1628) and Orange (1639) on the hill. Then Gorée became Portuguese once again, then English, and passed from hand to hand, until the French (Admiral d'Estrées) grabbed him once and for all in 1677. Well... with about ten exceptions. In the seventeenth century, the island was mainly a hideout for unwary soldiers, pirates on the shores, and several times made the soldiers flee to the mainland.

In the following century the first traders from the continent appeared, and the signars who married already married merchants in the fashion of the country.

After a short passage in the hands of the English, the island returned to France in 1785, under the command of the Chevalier de Boufflers. It is said to have been out of love for the Countess of Sabran, who brought Gorée to prosperity by making it the seat of the French government in Senegal. A love that is not very faithful, since the knight would also have taken a certain Anne Pépin to sign at his bedside. The 18th century saw a joyful Gorée, a joy of a century, full of balls and lanterns. A century and then it's gone, and that's it, because Dakar took over, leaving Gorée with only a supporting role. It has been a UNESCO World Heritage Site since 1978. 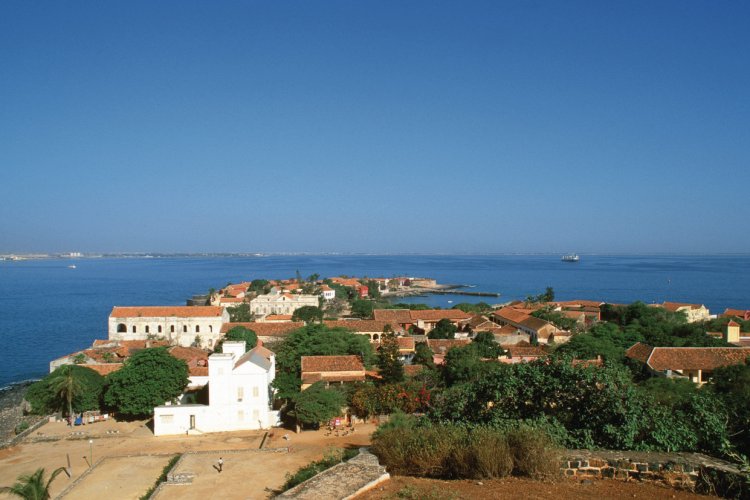 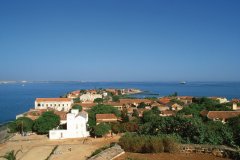