Extravagant, exuberant costumes, gigantic parade floats, colourful parades, breathtaking shows: the carnival season is coming and is the promise to liven up cities all over the world! In the sun or under the snow, the beliefs and traditions of each country are manifested for a few days or even several months. Some even prepare the event all year round to make it the festive and cultural moment of the year! Atypical and festive universe, no carnival is like another. All generations come together and have fun, with only one watchword: partying!

The Basel Carnival is one of the best-known and most eagerly awaited of the European carnivals. From 2 to 4 March, the Swiss city sees flutes and masks wandering through the streets of Switzerland, invading shops, bars, restaurants, and anything that has a door that opens. Strolls start at 4 a.m., while the lights are still off in the city, which means that the people of Basel are in a hurry to enjoy the festivities. The music comes out from all sides and it is impossible to find a moment's respite. The Basel Carnival is Switzerland's biggest folk festival, with almost 20,000 people marching in costume.

Like the Oruro carnival, the Binche carnival is recognized by UNESCO as a masterpiece of the intangible heritage of humanity. For several months, the inhabitants and the City prepared this great festive moment of the Belgian city, and it is then during the "three days of fat" (each with a very specific theme), that nearly 1,000 Gilles and other folk characters such as Pierrot, Harlequin or the peasant, dance to the sound of brass instruments and drums. This folkloric manifestation is the result of a long oral tradition and is a kind of rite that makes everyone who participates feel unique. It is not for nothing that for the Binchois and according to the expression which is consecrated: "There is only one Binche in the world".

Once the festive season is over, the Hauts-de-France region immediately focuses on the carnival period. Initially, it was the sailors who, before setting out to sea, gathered to celebrate before braving the perilous seas of Iceland. But since the Second World War, this custom has turned into a festive and collective carnival! In Dunkirk, carnival is a much-awaited event and carnival-goers are happy to get together to dress up and enjoy the parades and the resolutely festive spirit. The Dunkirk carnival is an event that lasts almost two and a half months! Each of the participants is an "actor" of the carnival and must dance and sing with his or her "gang" neighbours!

Just before Lent, Louisiana is decked out in purple, gold and green. Purple symbolizes justice, gold symbolizes power, and green symbolizes faith. We taste the famous "galette des rois", we parade, dance and throw all sorts of objects in the crowd: necklace, cup and even coins! Initially introduced by the settlers, it has been paying homage since 1699 to the explorer René Robert Cavelier. Thousands of tourists come to New Orleans to take part in the Mardi Gras festivities and experience a privileged moment to get together and share good times. The event brings together people from all walks of life, cultures and backgrounds, and is an emblem of significant cultural diversity.

The largest carnival in France takes place in winter for two weeks. It is the most symbolic festival of the Nice calendar, known for its "corsi carnavalesques" and flower battles. During the corsi, the floats parade accompanied by big heads and artists from all over the world. They revisit the history of fashion in a festive and popular atmosphere. On Wednesday and Saturday afternoons, the battles of the Nice carnival consist of a parade of floats decorated with flowers highlighting local production. Mimosas, lilies and daisies are then distributed by the thousands to the spectators. It is advisable to come in disguise throughout the festival, to make the most of the 20 gigantic floats that parade through the streets of the seaside and delight a million spectators.

around the emblematic effigy of Bonhomme de neige, the mascot of the Quebec Winter Carnival!

Who hasn't heard about the Rio Carnival, which is the most important festival in the world! To celebrate Epiphany and Lent, Rio de Janeiro is transformed for several days into a glittering and colourful anthill. Nearly 3,000 people parade and sing in chorus the lyrics of the samba de enredo. The event brings together all the Cariocas from all walks of life and all social backgrounds with one idea in mind: to party in joy and good humour. Every year, the dancers from the samba schools parade through the Sambadrome, dressed in the colourful and delirious rhinestone and sequins costumes they have carefully crafted over the past year. They are all eagerly awaiting the verdict that will announce who will be elected queen of the carnival.

The Venice Carnival is known worldwide for its masks and costumes. It is the oldest carnival in the world, dating back to the Middle Ages! On this occasion, the participants grumbled in order to abolish social classes and its constraints during the Lenten period. Today, the tradition has evolved but remains emblematic of the Venetian city. The very popular event transforms the city into a commedia dell'arte scene and gives the impression of being in another world. In Saint Mark's Square, in the Doge's Palace or in the streets along the canals, observing the disguised and masked silhouettes is a wonder for the eyes. At the end of each carnival, the most beautiful costume is elected and has the honour of opening the ball for the next edition.

Celebrated in the Bolivian capital just before the beginning of Lent, the Oruro Carnival pays tribute to the Uru people, an indigenous people desperately trying to save their territory and preserve their way of life. Since 2008 it has been listed as part of UNESCO's Intangible Cultural Heritage of Humanity. Nearly 30,000 dancers and some 10,000 musicians liven up the streets by dancing and playing to a frenzied rhythm. The inhabitants also decorate their houses with streamers and coloured paper. The streets are lined with bleachers where people from all over Bolivia and elsewhere are crowded together, and everywhere people throw water balloons and foam at each other

A major event of the Rhine Mardi Gras festivities, the Cologne Carnival has been celebrated for 2000 years. A week of festivities, at the end of February, during which you put on your best disguise before joining the crowd. With loud cries of "Alaaf" (meaning "forward"), the floats march past, led by the Jecke (fools). Toffees and other sweets are then distributed to the participants and in the bars, beer is flowing, especially Kölsch, the famous Cologne beer. The festivities end with the Nubbel (straw dummies) being burned and a large banquet of fish. 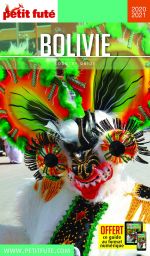 Private sales of travel: a multitude of destinations at low prices

Enjoying a stay in a top-of-the-range hotel in a major European city, spending a week in an all-inclusive package near a ...

The electric scooter, an ideal means of transport for holidays

When preparing the future holidays, we think first of all about booking train tickets and accommodation. However, we ...