The tourist development of Puerto Plata, nicknamed "The Bride of the Atlantic", took off in 1978. Bordered by the ocean rolling its waves along the Malecón River, the city has the characteristic harmony of its pretty colonial Victorian-style wooden houses. There are many buildings from the colonial period and most of them have been well restored, as have the town centre, squares and streets. From the Malecón, as you walk up to the Town Hall, it is pleasant to walk through clean, well-kept streets in a tropical nonchalance atmosphere and to come across wide, friendly smiles on your way.

The multiple shades of blue, dazzling pink, flamboyant orange, soft green, screaming yellow, aggressive red and deep purple accompany the visit, which may have to be punctuated by a tasting of fresh fruit juice on a shady terrace in the town centre, enjoying the softness and freshness of the Atlantic coast?

As everywhere else in the Dominican Republic, activity is intense with heavy road traffic, but the atmosphere is serene and relaxed. But there is no beautiful beach in Puerto Plata, which is why so few tourists stay in the city. The most enjoyable thing is to visit the city in the morning and participate in its nightlife while going to the surrounding area during the day to make the many visits that the region abounds in. However, the Long Beach: located 5 minutes from the city centre, at the eastern end of the Malecón, this long strip of blond sand is very popular with the Puertoplateños at weekends, a pleasant moment to share with the local population.

History. Christopher Columbus discovered the enclave in 1492. Amazed by the silvery reflections of its transparent waters, he gave it its present name. In 1496, his brother Bartolomeo Columbus officially founded the city, christening it San Felipe de Puerto Plata. It developed around its port activity. In 1508, the Spanish Crown granted him its coat of arms. After a period of great prosperity, Puerto Plata's fortunes declined as other territories were discovered on the American continent. Puerto Plata then turned to smuggling, and its inhabitants maintained close commercial relations with French and English pirates. In order to put an end to it, and as in those days there was no joking with the royal authority, less than a century later the city was evacuated and destroyed by order of the King of Spain.

Rebuilt in 1742 by families from the Canary Islands, the city was reborn from its ashes and became one of the most important in the country. It owes this prosperity in part to its port, through which the agricultural products of the Cibao valley flow. The beautiful Victorian mansions in the centre date from this period.

The city has given birth to great figures of Dominican history: Gregorio Luperón, a mestizo general, hero of the Restoration War and President of the Republic; Emilio Prudhomme, poet and author of the lyrics of the national anthem;... This is where the dean of the Dominican national press, the newspaper El Porvenir, was first published in 1873.

The must-see places in Puerto Plata 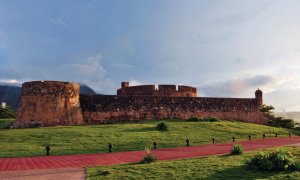 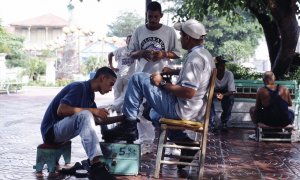 Prepare for your trip Puerto Plata

Posting pictures
To discover on Petit Futé
I discover
Review