Val-d'Isère, with notably Tignes-le-Lac and Tignes Val-Claret, is one of the largest ski areas in the French Alps. But unfortunately, the 2021 season will not allow you to put on your skis to enjoy it, while the ski lifts will remain closed because of Covid-19. So goodbye, then, to the two glaciers, the 300 km or so of slopes and the mythical Olympic face of Bellevarde, which hosted the 1992 Albertville Olympic Games. It is not this winter that we are going to work on our sculling! Fortunately, Val d'Isère, which also has a rich heritage, is a charming village that will delight the whole family. And many other activities are possible too, whether in winter or when the snow begins to melt

Val-d'Isère or the charm of the old village

Val-d'Isère, famous for being the city of ski champions, offers a magnificent mountain landscape. And, unlike some "ski factories" with their 1970s architecture, the heart of the old village of Val-d'Isère is marked by its architecture rooted in the pure Savoyard traditions. Between the chalets of old stone and wood with roofs of lauzes (large stone slabs), the new constructions have been integrated without distorting the original soul of Val. At the bend in an alleyway, when the sun is at its zenith, it is not uncommon to come across an old man resting on a bench in the shelter of a century-old awning, with a cat sleeping next to him. Scenes of life rather rare in other ski resorts. Otherwise, the baroque church is also worth a detour. Among other wonders, the baroque-inspired altarpiece, but with elements from other periods, the entirely gilded tabernacle, the altar of St. Anne (painting from 1790) and other remarkable paintings are worth a visit. And in the street next door, tourist and sports life is in full swing. These are the two faces of Val! Finally, Val is also a village that offers many good (even prestigious) restaurants and hotels of very high quality. Let it be said, Val-d'Isère is really a resort apart!

In Val-d'Isère, champions of skiing... and gastronomy

Val-d'Isère is a resort of champions. Its fame is closely linked to the names of Jean-Claude Killy, Henri Oreiller and the Goitschel sisters... and more recently champions such as Ingrid Jacquemod, ski champion who hung up her spatulas after a brilliant career. She is the current director of the Val d'Isère sports club where athletes Clément Noël and Victor Muffat-Jeandet shine in alpine skiing competition. But Savoie also rhymes with gastronomy and Val d'Isère also has its champions in this field! Let's mention the local child, Patrick Chevallot, M.O.F. pastry chef (meilleur ouvrier de France), a title he won in 1993. Since 1997, he has taken over the Maison Chevallot that his parents owned. Other champions, this time in the kitchen: the starred chefs Benoît Vidal, based in Le Fornet, a small hamlet in Val-d'Isère nestled at the bottom of the valley, where he has set up his restaurant l'Atelier d'Edmond, and the Antoine Gras who revisits the classics of Savoyard cuisine at the Table de l'Ours. Val-d'Isère is also them!

Even without ski lifts, there are many nature activities to enjoy

Even if the ski lifts will remain at a standstill this winter, as Covid-19 is obliged to do, it will still be possible to spend some energy while taking advantage of this exceptional setting. Of course, you will be able to explore part of the ski area with snowshoes or on cross-country skis. There are six trails in a loop, which represents nearly 20 km of pleasure. Wild nature and fantastic panoramas on the Vanoise are on the program! Several guided snowshoe trekking formulas are also available at the Tourist Office. The Tourist Office has also set up a host of more or less original activities for this particular winter: various walks, sports walks, outdoor yoga or even golf on snow. Finally, the great classics will be there. You'll have to think you're a musher at the wheel of a dogsled or the neo-retired Martin Fourcade by learning the subtleties of biathlon. Thrill-seekers will also get to roar the throttle of a snowmobile or plant their ice axe in an ice fall for a memorable climbing session

And, when the fine weather arrives, Val-d'Isère is also the kingdom of mountain biking with a play area in the village that offers a series of tracks to play and learn techniques while admiring the panoramic views of the mountains, as well as numerous escapades for all-terrain two-wheelers. Cycling is always in the spotlight, with cycle tourism terminals on the Iseran pass route, with 17 km and 920 m of gradient for a beautiful contemplation of the Alps road and a nice sweat. In summer too, endless hikes on the steep slopes and in the Vanoise National Park, of which the Iseran Pass is a strategic passage.

From the Iseran to the Vanoise, incredible nature

In Val-d'Isère, the beauty of nature is breathtaking, thanks in particular to the Iseran Pass and the Vanoise National Park.

TheIseran is one of the mythical passes of the Alps, inaugurated by the President of the Republic Lebrun on 10 July 1937. It not only frightens the riders of the Tour de France who climb its 2,764 metres (1,955 metres of difference in altitude at an average of 4%). Indeed, we have seen some cars and other caravans succumbing to the onslaught of the bends... Connecting a few months a year (be sure to check the traffic conditions) the Tarentaise to the Maurienne, on the road to the Grandes Alpes, it offers grandiose panoramas in the heart of the Vanoise Park. At the summit, a pleasant stopover to admire a grandiose landscape and buy some souvenirs in a building where you can find a photo library on Val-d'Isère, regional crafts and local products. And if the altitude has whetted your appetite, a restaurant area offers typical Savoyard dishes (the pass being open only three months a year, a little indulgence: no running water and no telephone!)

From Val-d'Isère, you can also enjoy the panorama offered by the Vanoise National Park. It was the first French National Park, created in 1963 to safeguard this grandiose natural area and to stop the extinction of the ibex. With 14 kilometres of common borders with the Gran Paradiso (Italian national park founded in 1922), it is the largest protected area in the Western Alps. The multiple landscapes of the Vanoise National Park have been shaped for centuries by nature and since prehistoric times by man. No park without a rich animal, floral and human life... and human life. The park's agents work to develop and preserve the territory, maintain agriculture, protect and raise awareness for a cohabitation between nature, tourism and inhabitants. The ibexes reproduce, the bearded vulture, a raptor exterminated at the beginning of the 20th century, is reintroduced and it rubs shoulders with the rock ptarmigan and the mountain hare, the last traces of the great glaciations. 1,700 floral species have been recorded, including the Venus' hoof, columbine. More than 600 km of marked trails are available for families, hikers and climbers.

When? Despite the closure of the ski lifts, you can enjoy the charming village of Val-d'Isère and many activities in an exceptional natural setting

Getting there. By plane (Grenoble, Geneva or Lyon airports), by train (Bourg-Saint-Maurice station, about 30 km from the stations) or by car, everything is possible 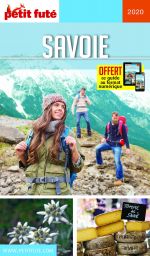 When you return from a trip, you often have a multitude of images on your phone or in your camera. Taking pictures has ...

Wherever you go on holiday, be it to the sea, the mountains or to a lovely corner of the countryside, the children are ...

It is certain that when the health situation allows it, many people will book plane tickets to treat themselves to a ...