10 sites to visit during the Heritage Days

A must-see event for the new school year, the Heritage Days are an opportunity for many French people to visit historical monuments or unusual sites that are exceptionally open to the public. This 35th edition will take place on 15 and 16 September and nearly 17,000 monuments will open their doors free of charge under the theme of "knowledge sharing". The very wide range of events organised throughout France promises a very rewarding weekend! From Paris to Corsica and Brittany, we have selected our 10 favourite visits

An offbeat visit to the Gros-Horloge, Rouen

If the Norman capital is well known for its Gothic cathedral, it is often surprising to discover the splendid 14th century Gros Horloge overlooking one of the main streets. And why don't we call it the Big Clock? This is what Acid Kostik invites us to discover during the Heritage Days during a "staggered visit" around all the mysteries of the Rouen monument

Located on the famous Place de la Comédie, this Italian-style theatre was built in the 18th century in a neoclassical style. Its exceptional acoustics due to its wooden interior architecture has allowed it to welcome the greatest artists. In 1871, the hall also became the temporary headquarters of the National Assembly, removing its musical focus for one year. The entire history of this monument is to be discovered in Bordeaux during the Heritage Days!

A must-see visit to Chambéry, the Maison des Charmettes still seems to shelter the soul of its former owner: Jean-Jacques Rousseau. The philosopher lived there from 1736 to 1742 and refers to it in his Confessions. During the Journées du Patrimoine, the site inaugurates its Espace d'interprétation Jean-Jacques Rousseau, to understand everything about the author's links with this residence

Behind the scenes at Crazy Horse

A Parisian institution, Crazy Horse is one of the most famous cabarets in the world. Since 1951, he has been delighting the public with his bold creations that have forged his identity. On the occasion of Heritage Days, the cabaret opens its doors under reservation and reveals its secrets. A dancer from the troupe takes care of the tours while telling crisp anecdotes about the history of some of the shows.

Roman cuisine at the ancient site of Aléria

The first ancient urban complex discovered in Corsica, the site of Aléria recalls the importance of the city in Roman times. During the Heritage Days, the focus will be on this period and especially on how the Romans ate! The workshop "Ancient cuisine, at the Roman table" will discuss the process of meals and will offer simple recipes in the style of Marcus Gavius Apicius, a cook of high Roman society

Preserve the railway rotunda of Montabon

Built in 1890, the Montabon rotunda in Montval-sur-Loir was one of the central elements of the Paris-Bordeaux line. This 2,500 m2 semi-circular building has 10 railway tracks served by a swing bridge connected to the national network. Fallen into disuse since 1954 and the nationalization of the railways, this site is now in danger and will benefit from some of the gains reported by the heritage lottery set up by the government

A theatrical visit of the fort of the Dunes

In the heart of the high dunes of Leffrinckoucke, in the Hauts-de-France, the Fort des Dunes is a remarkable example of military architecture. It was built in 1878 to protect Dunkirk from attacks from the East, with its buildings hidden under the sand to hide more than 450 soldiers and all the services needed on a daily basis. During the Heritage Days, a comic and offbeat tour of the site is proposed.

Classified as a historical monument, the Saint-Guénolé is one of the last boats to have practiced scallop fishing under sail in the bay of Brest. Completely restored in 2012, it now belongs to the Centre nautique d'Armorique de Plougastel-Daoulas. During the Heritage Days, sea outings are proposed. This is the opportunity to board a legendary ship, carried by the wind!

Perched on a rock above the Saône at an altitude of 40 m, Fort Saint-Jean de Lyon is an ancient bastion built in the 16th century within the Croix-Rousse complex. Owned by the State since 2001, this site now houses the National School of Public Finance where the Ministry's staff are trained. Usually closed to the public, the Fort opens its doors during Heritage Days.

From Marseille to Miramas by special train

On the occasion of the Heritage Days, a special TER train will transport visitors from the Gare Saint-Charles de Marseille to Miramas, on the Côte Bleue railway line, where 20th century stations alternate with exceptional urban planning works. This coastal line, built more than 100 years ago, crosses the creeks and offers a sublime panoramic view of Marseille. A 1h30 break is planned in Miramas to discover the city. 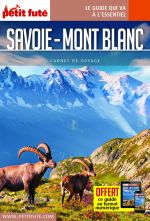 With the arrival of fine weather and the possibility of travelling to other regions again, the time has come to take a ... Read the article