Capital of the Haute-Savoie, mountain and seaside resort at the same time, Annecy stands out for its elegance. It is a jewel of a small town situated north of a lake with pure waters where the Alps are reflected. A chic and delicious destination. Stamped City of Art & History, Annecy offers a picturesque medieval centre with its canals and bridges. The Palais de l'Île, a former 12th century fortified house, appears as a prow on an islet of Thiou, a short river that waters the city in two charming arms: the Port and the Canal du Vassé. Hence the nickname "Venice of the Alps" given to Annecy. The banks of the Thiou River are lined with adorable boutiques that make the old pedestrian centre a distinguished shopping spot. Annecy, at the foot of the Bornes and Bauges massifs, both lakeside and alpine, displays the same pluralism in its culture. Known by cinephiles for hosting the International Animation Film Festival, it also offers the very spectacular Lake Festival. On the heights of the city, historical symbol of Annecy, the castle built between the 12th and 16th century was inhabited by the Counts of Geneva, then those of Savoy. Now communal, it houses a museum and the Regional Observatory of the Alpine Lakes. In the land of Marc Veyrat, the starred chef with the black hat, good tables and pleasant terraces also hold visitors back. So should I go with fried fish or fondue savoyarde? Pedal boat on the water or dive into the lake. Visiting a museum or discovering a nature reserve? The ancient city never ceases to seduce you.

What to visit Annecy?

When to go to Annecy?

No off-season in Annecy. The city is alive all year round and every season has its charm. Small budgets will avoid the summer when accommodation and restaurant prices are soaring. It is difficult to find free accommodation during the weekend of the lake festival at the beginning of August, unless you book well in advance. Also, but to a lesser extent, at the International Animation Film Festival in June. Autumn and spring are the low season at the most affordable rates. Fewer tourists, but still cultural activities and all the tables and shops open. In summer, Annecy is a seaside resort, inviting you to enjoy water sports and hiking along the riverbanks. In winter, the reflection in the lake of a snow-covered mountain setting creates a very special magic. We then visit the city in down jacket and stuffed shoes before sitting down in front of a Savoyard fondue. It is also the season when Annecy is a remote and chic base camp to test several ski resorts in Haute-Savoie.

Between two alpine massifs, Annecy is subject to a mountain climate softened by the presence of the lake. With this microclimate, winters are cold but not harsh, summers hot but not hot. At an altitude of about 450 m (lake level), the city records an average of 26 days of snow per year, 1,900 hours of sunshine, 900 mm of rain, 30 days of storms (late summer), 25 days of fog (winter). Temperatures range from 0°C in January-February to 27°C in July-August.

Opening of the exhibition Architexture 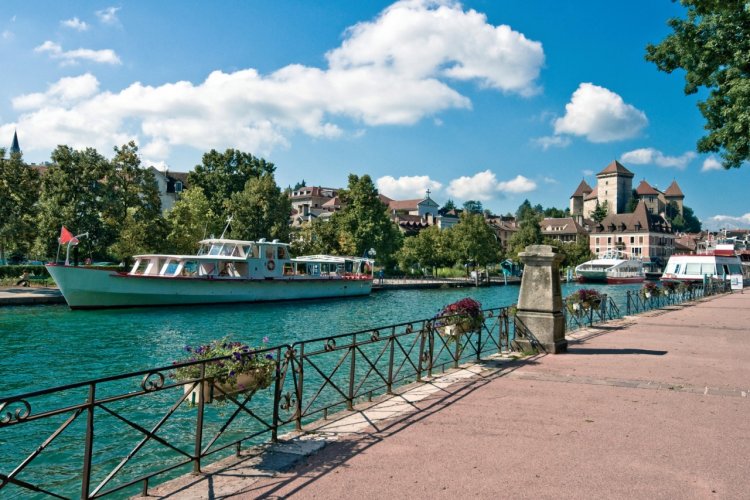 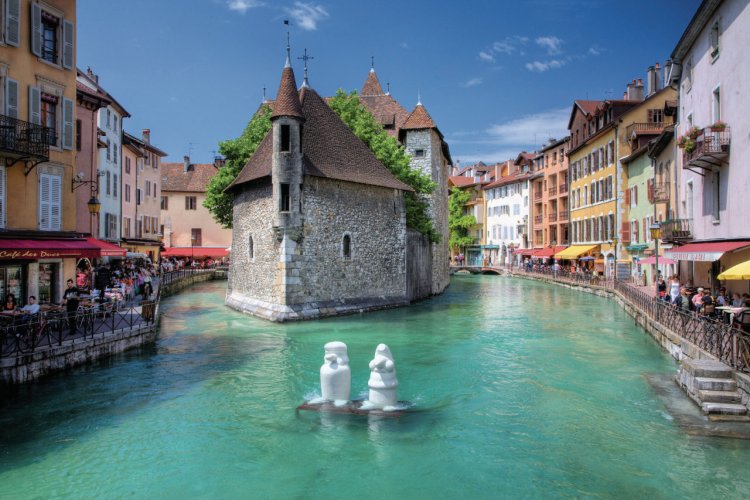 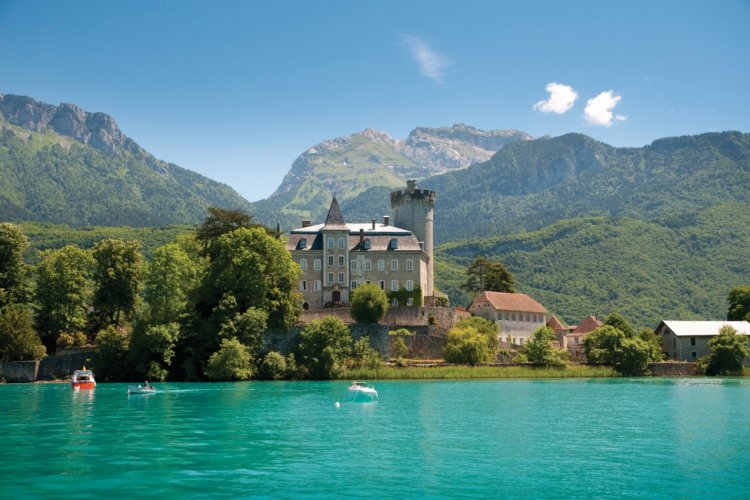 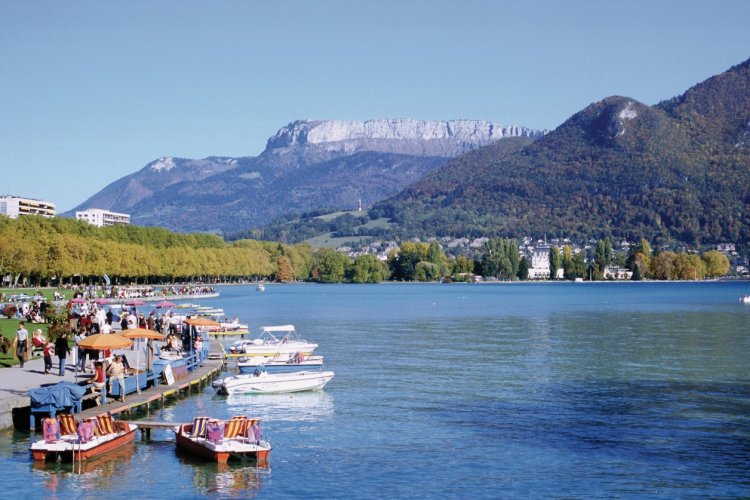 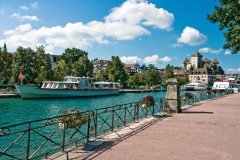 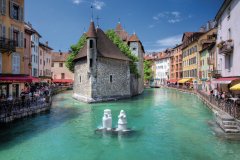 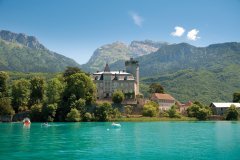 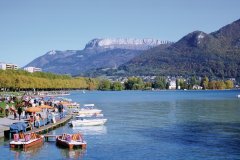 No off-season in Annecy. The city is alive all year round and every season has its charm. Small budgets will avoid th...
Read more about it

Between two alpine massifs, Annecy is subject to a mountain climate softened by the presence of the lake. With this m...
Read more about it

Annecy, rich heritage and carnival by the lake

Annecyannecy, the "Pearl of the Alps", is without a doubt - along with Chamonix for the high mountains - the tourist capital of the Alps. Between its lake with the purest water in Europe, its perfectly renovated old town, its quality of life and its exceptional flowery environment, everything concurs to make Annecy a real jewel A chic and delightful destination that will live from friday 11 to Sunday 13 March 2022 to the rhythm of its ...

Autumn is a perfect season for long outdoor walks. You can still enjoy mild temperatures and beautiful sunny days, and what a joy it is to admire the leaves of the trees adorning themselves in their most beautiful colours, on the branches or forming a carpet on the ground that you could contemplate for hours. Everywhere in France there is a place close to home that autumn always manages to sublimate in its own way. A vineyard, a park, a ...

For an unforgettable night out that is out of the ordinary, Petit Futé has concocted a selection of the most amazing accommodations! Indeed, some of the establishments have no lack of imagination to offer their guests experiences that are out of the ordinary when it's time for bed. Hanging in the air or in an exceptional building, there is something for everyone. And for those who wish to wake up with a view of nature's most incredible ...