The most beautiful villages of France punctuate many roads in France by their remarkable beauty. They are the witnesses of the diversity of our territory, but also of our history. Perched to better defend themselves, perched on a cliff, open to rivers, set in the middle of the countryside, they meet very specific beauty criteria to be included in the label. And if for your next escapade in France, you would like to go for a stroll in its most beautiful villages, stroll through the narrow streets, discover the heritage and relax over a drink on the terrace of a small café. Small tour of France to discover the stones, the men and our favorites.

Ranked as a UNESCO World Heritage Site and nestled in a green setting, Conques is a must on the pilgrimage route to Santiago de Compostela. You can discover its treasures on foot, as car traffic is forbidden in the village. We walk along the cobbled streets with a central gutter, admire the half-timbered or corbelled houses and the slate roofs, and above all we visit the 11th and 12th century abbey of Sainte-Foy, whose stained glass windows by Pierre Soulages and its exceptional tympanum of the Last Judgement are to be admired. Conques offers a real trip to the Middle Ages

Heading east now, towards a fortified city considered the pearl of the region, which combines wines of excellence and architecture. It has 2 grands crus: the Sporen and the Schoenenbourg. Situated in the heart of the Alsace wine route, one doesn't fail to pass through the vineyards and the surrounding hillsides during a trip to the village. The magnificent Renaissance half-timbered houses that can be found in the village are testimony to its great wealth. Most of them are decorated with flowers, contributing greatly to highlight their incredible beauty. And no less than 5 museums tell the story.

An eagle's nest in the heart of the Alpilles, often swept by the wind. The village nestled on a rocky spur has an outstanding historical heritage with no less than 22 architectural pieces classified as Historical Monument. Among them are the Hôtel de Manville, the church of Saint-Vincent, the Maison du Roy and the Chapelle des Pénitents blancs. The visit is made exclusively on foot in the middle of old houses with beautiful Renaissance facades, private mansions hosting rich art galleries and museums. Producers, craftsmen and artists keep the village alive all year round

In the Vaucluse, Gordes is a Provençal star who has attracted artists and celebrities of all kinds. Among them are Marc Chagall, André Lhote and Victor Vasarely. How indeed to not be inspired by so much beauty to create? Raised facing the Luberon massif, the village is a cultural stopover that seduces by its exceptional location on the heights of a rocky outcrop. Along tortuous calades, the dry stone houses spread out at the foot of the Renaissance castle and the church which dominate the Calavon valley and the Cavaillon plain. Gordes is only 30 minutes from Avignon.

Franche-Comté is the land of the Jura yellow wine. Its cradle is in Château-Chalon, perched on a promontory. The road to climb is a cyclist's delight with its gradual slope and laces, right in the middle of the vineyards . You walk through the town, strolling through medieval streets, the remains of the keep and the Romanesque church, you pass from one belvedere to another to admire superb viewpoints. The village is also a great starting point for a wide range of activities in the area: hiking along the AOC hillsides or mountain biking

Less than two hours from Paris, the cobbled streets lined with beautiful traditional houses from the 17th and 18th centuries and the superb collegiate church of Saint-Pierre, are the highlights of Gerberoy in the Oise. It is also the city of roses, celebrated every 15 June. And yet, how tormented its history has been! Because of its location, it was the site of many conflicts, before being ravaged by plague and fires. But at the beginning of the 20th century, the post-impressionist painter Henri le Sidaner fell in love with it and drew inspiration for many of his paintings. Several artists will follow in his footsteps and will revive the town from its ashes, to make it the village of all beauty it is today

This commune of Côte-d'Or is known throughout the world for its aniseed sweets, made in the old abbey, which you can't resist. For the history, Caesar would have installed one of his military camps on the top of the hill, before defeating the Gallic army in Alesia. The history of the city is told through its medieval and Renaissance houses, still very well maintained by inhabitants in love with the village, but also through its mansions, cobbled streets and fortified gates. Not to be missed either, the very beautiful Saint-Pierre abbey

In the heart of the most typical Jura retreat, its houses are wrapped around a Benedictine abbey built in the 6th century and which houses one of the largest polychrome altarpieces in Europe dating from the 16th century. The other curiosity are the dead-end circuses. One of them houses a spectacular cave, hidden by a cascade of boiling tuffs. During your stay, you will have no hesitation in wandering through the narrow streets to scrutinize the buildings and of course to taste a Côtes du Jura wine at the village's winegrowers, who will be delighted to talk passionately about the treasures of the region.

The seaside villages have that charm that makes you want to put your suitcases down for as long as possible, simply for the pleasure of accessing the sea and its, infinite horizon in no time at all from the early morning. The "pearl of the Val de Saire" is a rather important marina and fishing port. Its granite houses, which are nicely advancing in the Channel, inspired among others the painter Paul Signac and the writer Victor Hugo. Among the must-sees of the village, the visit of the church and its almost fortified silhouette, and gourmet moments in the restaurants of the port to discover the famous mussels of Barfleur

Situated not far from Cahors and clinging like an eagle to a cliff overlooking the banks of the Lot, Saint-Cirq-Lapopie has charmed more than one writer, including André Breton. One must walk through its steep streets to discover 12th and 16th century houses, renowned for the inimitable patina of their tiles, admire the fortified Gothic church built from 1522, or scan the horizon and the Lot valley from the terraces of the castle. No less than 13 historical monuments in the commune are listed; with such a list, it is not surprising that it is one of the most beautiful villages in France 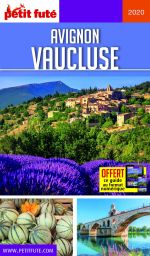 The 10 most beautiful villages of the PACA region

The Provence-Alpes-Côte-d'Azur region is home to some of the most beautiful landscapes in France. Its lavender fields, ...