All over the world, this commercial and fishing port, which enjoyed great prosperity in the 17th and 18th centuries, but which nothing had predisposed to its new vocation as the jet-set capital, has become a myth. From its foundation to the 21st century, the history of Saint-Tropez is first and foremost linked to the sea. A former commercial and fishing port, the city is now a meeting place for stars and showbiz celebrities. But, a tourist guide on Saint-Tropez will tell you about it, you shouldn't stop at this image alone. The city has many points of interest to see or visit: the old town, built from the end of the 15th century, with its numerous chapels and oratories (notably the Sainte-Anne chapel), the port, with its terraces of large cafés and luxurious yachts swinging at the quay, the onecitadelle, built on the order of Henri IV, outside the walls, to house a reinforcement garrison likely to come to the rescue of the city in the event of a siege and which houses a museum of maritime history, the marine cemetery where the graves of old families of sailors, long-distance captains, shipowners, shipbuilders or traders, but also famous artists can be found... Finally, Saint-Tropez is also a city of vines and olive oil where there are many possibilities for shopping. Do not hesitate to come and visit Saint-Tropez, a pretty Provençal city and the setting of the mythical And God... created the woman, who propelled Brigitte Bardot, the city's muse, to the forefront.

What to visit Saint Tropez?

When to go to Saint Tropez?

When to go to Saint-Tropez? Unless you want to get close to European and American stars at all costs, the two best times to discover Saint-Tropez are undoubtedly spring and autumn, which corresponds to the low season. Hotel and restaurant rates are relatively lower than in summer during this period and beaches are less frequented. As for the climate, it is ideal, warm but not too hot, and you can often swim from spring to late November in autumn. The high tourist season is of course summer, July and August, the roads are crowded and the prices, rather high in Saint-Tropez all year round, become really prohibitive. Remember to book well in advance: there are many French and foreign tourists there!

Saint-Tropez has a Mediterranean climate. Winters are mild and sunny with temperatures averaging 15°C and moderate rainfall. In summer, temperatures are very high (sometimes scorching) and can reach 35°C. In spring, nature is flowery and the weather is pleasant. In autumn, the weather is mild and the landscapes colourful. These periods of low season are therefore very popular.

Destination cosmos, the ultimate challenge: 23 exceptional evenings at the ... 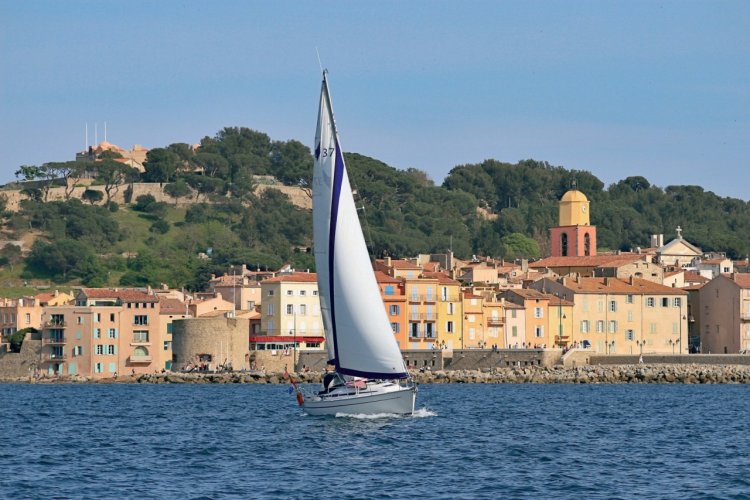 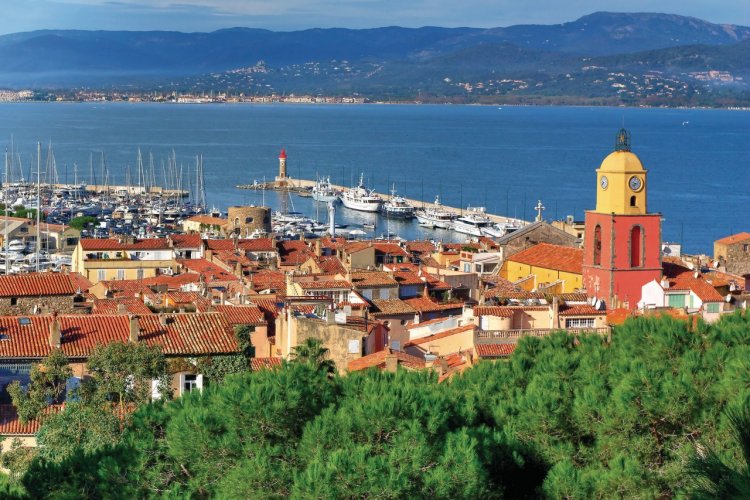 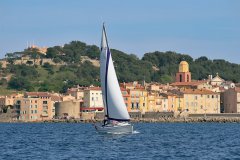 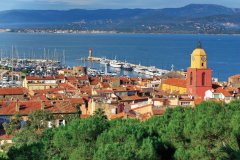 When to go to Saint-Tropez? Unless you want to get close to European and American stars at all costs, the two best ti...
Read more about it

Saint-Tropez has a Mediterranean climate. Winters are mild and sunny with temperatures averaging 15°C and moderate r...
Read more about it

The sails of Saint-Tropez are back!

Since September 25th and until October 9th, the Saint-Tropez Sails are back for a 23rd edition. This nautical meeting is the autumn event not to be missed: multiple animations, celebrations of all kinds, sailors arriving from all over the world... The public will have some nice surprises this year. Classic or modern boats, lovers of beautiful hulls and sails will be able to enjoy beautiful images. Thursday, September 30th will be the day of ...

Saint-Tropez, the sweetness of spring in the most famous village in France

Saint-Tropez is certainly the most famous village in France, embodying both the charm of Provence and the dazzle of the French Riviera. This small fishermen's port was immortalized by a sensual silhouette in gingham shorts... and since then, stars meet there along with international finance pundits; all these nice people practice the local pastime: seeing and being seen! Saint-Trop' is certainly the "place to be" but underneath all the glitz ...

The strange context of 2020 will not have been the end of the Voiles de Saint-Tropez! The most famous and prestigious regatta on the Var coast did take place this year, and as the event draws to a close, the results are very positive. Pierre Roinson, President of the Société Nautique de Saint-Tropez, can indeed congratulate himself on the organisation of the races. Although there were fewer competitors than in previous editions, the ...

Saint-Tropez: the sails of the most beautiful boats in the world are back!

With a new format and new dates, the mythical nautical event in Saint-Tropez dedicated to the most beautiful boats in the world, Les Voiles de Saint-Tropez, is maintained this year. With a few adaptations due to the respect of the sanitary measures in force, this 22nd edition organized by the Société Nautique de Saint-Tropez has been thought over two weeks: from September 26th to October 9th. Saint-Tropez will therefore welcome the large ...