The Parc Asterix has teamed up with the brand Undiz to honor the underwear of Zeus, the most powerful of the Olympian gods. Since its opening in 1997, this mythical element of Thunder 2 Zeus has been photographed many times by the curious. That's why the upcoming inauguration of the new version of the attraction will reveal a new underwear for Zeus, pink and covered with ducks! A model that was chosen by the public on the social networks of the inevitable park of theOise and Undiz. The brand has also made for the occasion briefs and thongs that take the patterns of the new brief of Zeus and will be available for sale in the stores of the park and in some stores of Undiz, but beware, in limited version. More information on the Parc Asterix website 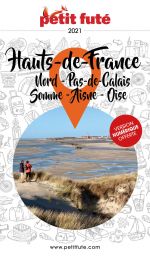 Le Mans, metamorphosis of a city with a thousand facets

A city steeped in history, the discovery of Old Le Mans is a must for lovers of medieval architecture. But if the old ... Read the article