A remarkable historical site, which alone justifies a visit, it is not for nothing that it was the 2nd favourite Village of the French in 2016. The origin of the city would be religious: it takes its name from the Latin word monasteriolum. Its eminent location, 40 metres above the Canche valley, enabled it to play a military role afterwards. Montreuil-sur-Mer became a stronghold, annexed by Hugues Capet to give his royal domain access to the sea. Built several centuries later, the citadel and its 3 kilometres of ramparts earned the city the nicknames Porte de la Côte d'Opale and Carcassonne du Nord.

Its development was important in the Middle Ages, until it saw the emergence of an upper town, centred around the royal castle, and a popular lower town open to the port, with the sea reaching as far as Montreuil. Flat-bottomed boats sailed to this estuary bottom town to supply the region as far as Hesdin. The prosperity of the town was such that the population exceeded 10,000. The green sheet of Montreuil even rivaled those of Flanders or Artois. It was the silting up of the Canche in the 14th century that put an end to this boom.

Strolling through the narrow streets is like leafing through a history book. Here, the past is told through churches, chapels, mansions and picturesque streets. In memory of its staging in several famous novels by Victor Hugo, the city organizes every year a magnificent sound and light show, with Les Misérables played every summer since 1996. Montreuil is also a stopover to recharge your batteries. Divided by the valleys of the Canche, the Course and the Authie, Montreuillois offers a wide variety of landscapes and invites you to go for walks and outdoor leisure activities.

To see / do Montreuil

Prepare for your trip Montreuil 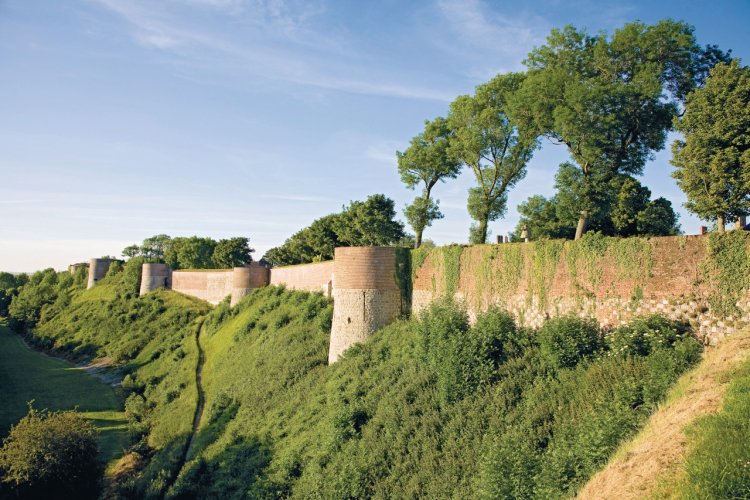 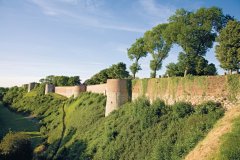