After the conquest of Arras by Caesar, around 55 BC, and until the 5th century, Lens lived under Roman rule. Then came the time of the Counts of Flanders. Then attached to the county of Artois, the town obtained a municipal charter in the 13th century from King Louis VIII (1223-1226). The town was the scene of many conflicts, as was the region, but Lens did not really become part of French history until the middle of the 19th century, when the great coal epic began. In 1852, the town was a small agricultural village of 3,000 inhabitants. With the industrial exploitation of coal, its population was multiplied by twelve in barely one hundred years and reached the figure of 36,000 inhabitants (i.e. the current population) on the eve of 1914. In 1912, the Compagnie des Mines de Lens overtook the older Compagnie d'Anzin and became the most powerful company in France.

During the First World War, the basin of Lens was strongly affected by the destruction. The 103 pits of Lens and Liévin were destroyed. The presence of the nearby Canadian Vimy Memorial and the record attendance at the Notre-Dame-de-Lorette National Cemetery in Ablain-Saint-Nazaire testify to the importance of the battles that took place there.

In July 1928 the construction of the large offices of the Compagnie des Mines de Lens was started, a magnificent building in regionalist style planted in the middle of a three hectare park. In 1946, in the aftermath of the Second World War, the nationalization of the mining activity regrouped the different companies in the Coalfields of the Nord-Pas-de-Calais Basin - HBNPC. However, from 1959, foreign competition and French energy policy called into question the productivity of the mining basin. Mining of pit 2 ceased in 1961 and the last of the group's pits ceased operating in 1972. On December 27, 1974, in Liévin, a final mining disaster reminiscent of the Courrières disaster of 1906 killed 42 people. On December 21, 1990, the last coal saloon rose from pit 9 at Oignies, marking the definitive end of coal mining in the Nord-Pas-de-Calais region.

Lens is also an old football club, the first to be formed in 1906. In 1932, under the presidency of Félix Bollaert, the mining company started the construction of a large stadium in the town.

Prepare for your trip Lens 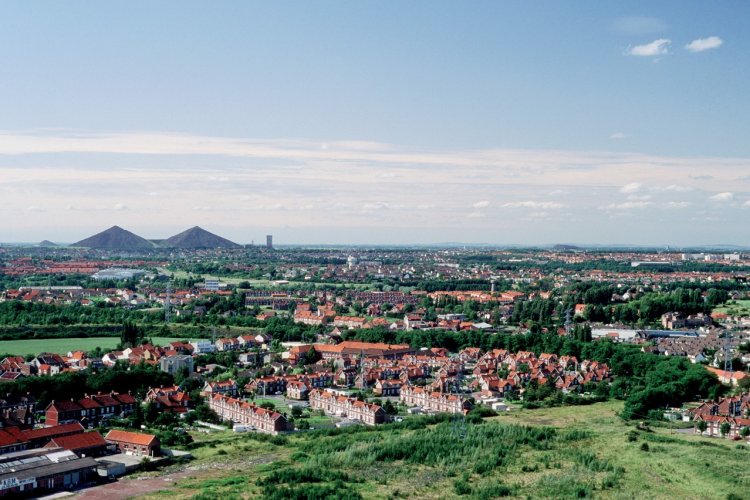 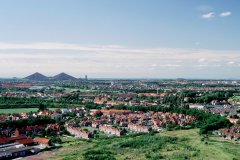 The Hauts-de-France are plural. Discover some of the highlights of this mosaic during a stay on land and sea between the Opal Coast and the mining basin. On the programme: 4,000 years of art and history and exceptional nature. From Boulogne-sur-Mer to Hardelot castle The rich heritage of Boulogne-sur-Mer is priceless. Hundreds of years of history reside in its fortified centre, which crowns the city and is spatially inscribed through ...

Meeting with black-inspired masterpieces at the Louvre-Lens

The Louvre-Lens museum offers a unique moment of contemplation of masterpieces of modern painting inspired by black as a source of sensuality and poetry. The exhibition Soleils Noirs brings together nearly 180 works, at the crossroads of periods and disciplines, including paintings, elements from the world of fashion, decorative arts, installations and projections that raise questions about the presence of black in art. Is it an absence of ...