The second largest town in the department, Villeneuve-sur-Lot has long not had the fate it deserved. This double bastide straddling the Lot was created in 1253 by Alphonse de Poitiers, Count of Toulouse, who "negotiated" with an iron fist with the abbot of Eysses for the left bank and the lord of Pujols for the opposite side ... erecting a stronghold here in the country Haut-Agenais, whose two towers - called Paris and Pujols - still circumscribe the city tour today. Of a rebellious nature, the Villeneuvois was punished in the 17th century, forced to tear down its fortifications by royal order, fortifications of which nothing remains. In 1642, the Old Bridge was rebuilt following floods that had caused the collapse of two of its arches. It was once topped by three defensive towers, built in the 13th century and destroyed in the 16th century. Port of considerable importance, Villeneuve-sur-Lot built at the same time a chapel adjacent, Notre-Dame-du-Bout-du-Pont, a small jewel for drivers of barges, these flat-bottomed boats that carried goods on the capricious river Lot. Place Lafayette, formerly Place des Cornières, is the nerve centre of the right bank bastide, typical of the square squares of the South West. Since the Middle Ages, it is there that the very pleasant market is held every Tuesday and Saturday morning. The arcades of the square are surmounted by finely restored 17th and 18th century houses, which contrast with the more popular left bank, once full of tanners, dyers, tailors and other traders. That said, the left bank of the Lot houses the baroque-style chapel of the Pénitents blancs, the former place of worship of the brotherhood of the same name. At the end of the 19th century, the galloping industrialisation encouraged the construction of a second bridge: the Pont Neuf, all brick and soon imitated, at the beginning of the 20th century by the imposing church of Sainte-Catherine in the Romanesque-Byzantine style, designed to replace the old church of the 15th century, judged too dilapidated. The stained glass windows of the new church are partly period! Take the Basterou bridge, the latest addition to the Bastide: it offers an exceptional view of both banks: the Cale (open-air amphitheatre on the banks of the Lot) on the right, and the nautical centre on the left, as well as the succession of bridges. For those who love panoramic views, go up to the belvedere of Pujols.

To see / do Villeneuve-Sur-Lot

On 07/25/2021 : Like every year, Terre en Fête is organized by the Young Farmers of the Dordogne in a different canton, this year Montignac.The format and the ...

Farmers' markets liven up the Vienne all summer long

Throughout the summer in the Vienne department, the Farmers' Markets are held in various communes for a moment around good local products. The ...

Prepare for your trip Villeneuve-Sur-Lot 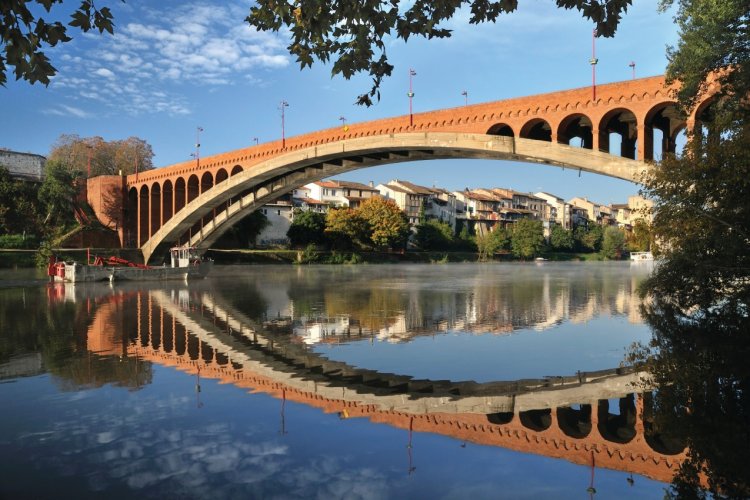 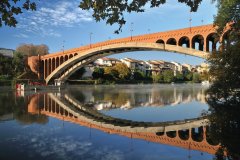 Created in connection with the International Women's Rights Day, the Women of Letters Days is a biennial event which honours women's writing with the presence of nine women authors or artists who come to meet the public in various cultural places in the commune of Villeneuve-sur-Lot. There are several major events such as: an exhibition, a literary café, an aperitif-concert, shows and literary meetings. Three days to celebrate words, texts ...