Remember that scene from "The Gunny Guns". Fernand Naudin (Lino Ventura), annoyed by the Parisian turpitudes, answers his niece who asks him: "What are you thinking about uncle?".

- To Mon-tau-ban! We should never leave Montauban!

With its beautiful brick facades, cradle of Olympe de Gouges, Ingres and Bourdelle, Montauban, it is true, is a city that one does not want to leave!

It is one and multiple, putting on many faces to those who know how to look it in the eyes; Montauban gains to be known. The city has been on the banks of the Tarn since 1144, the date of its foundation. It was then organized around the old market square in the heart of the medieval city, the famous Place Nationale.

In the middle of the 16th century, with the Protestant Reformation, Montauban became the capital of the Huguenot party alongside La Rochelle. The church of Saint-Jacques still bears the traces of the Wars of Religion which opposed Catholics and Protestants. The city was one of the safe Protestant places as its temples testify. Beyond the divisions, Montauban has always been a crossroads, between Quercy, Gascony and Languedoc, at equal distance from the ocean and the sea, today a major railway and motorway junction of the South-West.

The 20th century will still impact the town, which will be equipped with new infrastructures after the devastating flood of the Tarn in 1930: covered market, baths and showers, yacht club, etc... The Art Deco movement will redecorate certain districts of the city of which we still find many traces, particularly in Villebourbon. Montauban is also a certain art of living like the Port Canal, a place of peace and quiet only 15 minutes walk from downtown. For the past few years, the site has been the starting and finishing point of the "Vélo voie verte" which links the port of Montauban to that of Montech over 12 km. This track has been extended to the Episcopal palace on the banks of the Tarn since 1664. It now houses the Ingres Bourdelle Museum which after three years of closure for work has reopened its doors in December 2019.

The must-see places in Montauban

Prepare for your trip Montauban 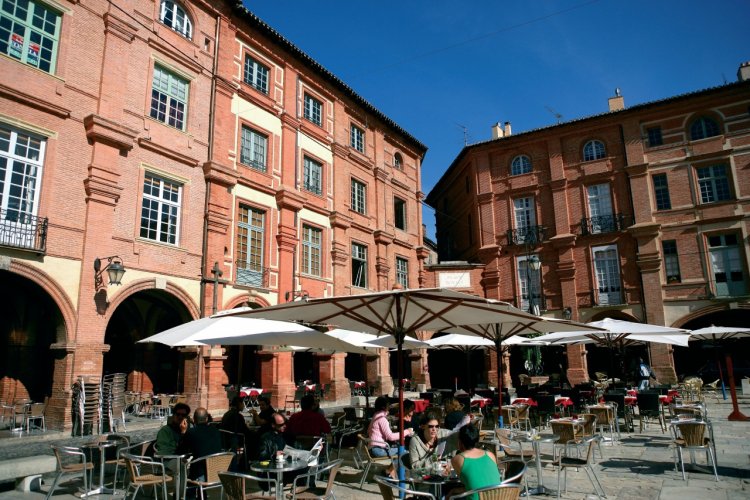 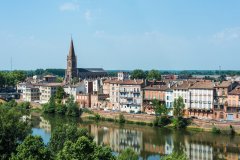 The young Montauban marathon is for all good runners. A difficult course, but accessible to anyone in 10 km, awaits the runners. Even if it is only the 8th edition of the marathon, Arnaud Lavendomme's time of 2h 32min 9s in 42 km has never been beaten so far ! Who will do better? practical informationdate: like several races, the Montauban Marathon takes place on April 12, 2015, an already extremely busy weekend on the French marathon ...