Located in the heart of the city, Nogaro City Hall is trying to revitalize it, and it is quite successful! Indeed, it has more than 2,000 inhabitants, including 1,500 jobs, or 75% of the population; as well as a school city of 1,000 students, going as far as high school, general or vocational. This is explained by a large number of shops, including hotels and restaurants, to the delight of holidaymakers!
From a historical and religious point of view, the Nogarolian city is a stopover town on the Way of Santiago de Compostela, whose pilgrims can also visit the collegiate church of St. Nicholas, remarkable for its frescoes in particular. It is also a sporting city: the Paul Armagnac car circuit attracting 200,000 visitors per year, the aerodrome and its well-known repair workshop, and of course the Landes race or "Nogarolian excellence". Let's not forget culture, with the Prix Jeune Mousquetaire du Premier Roman, a national literary prize for the past 10 years. Finally, there will be a colourful and festive festival from 10 to 15 August: bandas, inter-cities, Landes race (also amateurs and festival), cow games and bull run, funfair! 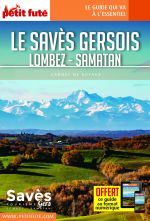