The Memory Center contributes to the indispensable duty of Memory by providing the information necessary for understanding the drama. His journey of memory led the visitor from 1933 to 1953 to the expansion of Nazism in Europe at the trial of Bordeaux. Five exhibition spaces make it possible to better understand the historical reality and the exemplary nature of Oradour: the rise of Nazism, the French defeat, collaboration and resistance, the politics of terror, the days of 8 and 9 June 1944, the account of the tragedy of June 10, national recognition, the trials and amnesty, the reconstruction of Oradour, a reflection on the tragedy. To see also outside the Center, the statue made by the sculptor Fenosa, dedicated to the martyrs of Oradour-sur-Glane. An intense moment in emotions, unavoidable for all.

The ruins of the martyr village covering an area of 15 hectares, classified as a historic monument on May 10, 1946, were kept in the state where they were in the aftermath of the massacre. Placards invite the present to the collection on roads and roads where the impact of bullets on the walls and on the cars and rails left on the ground is still found. The conservation of this village after the massacre testifies to the future generations of this barbarous barbarity. Oradour is a symbol of a fatal France by the German occupation. The new Oradour, rebuilt by the state, is the typical example of post-war urbanism with its streets at right angles. The new church, inaugurated in 1953, has stained glass windows designed by Pierre Parot and made by Francis and Pierre Chigot.

Closed from 16 December to 31 January. Open 7 days a week from February 1st to December 15th included. From February 1st to February 28th: from 9am to 4pm. From March 1st to May 15th: from 9am to 5pm. From May 16 to September 15: from 9am to 6pm. From September 16 to October 31: from 9am to 5pm. From November 1st to December 15th: from 9am to 4pm. Closing the site 1 hour after the last access. Annual closing from 16 December to 31 January inclusive. Parking under video surveillance. Free up to 10 years old (and job seekers, blind, mentally handicapped, journalists, ICOM members, bus drivers). Adult: €7.80. Family package (2 adults + 2 children or more): 22 €. Reduced rate: 5.20 € (students, young people from 10 to 18 years old, motor disabled + 1 accompanying person, accompanying blind and mentally disabled people, veterans and war victims). Presence of an elevator. Guided tour. Shop. Media library. Animals are not allowed. 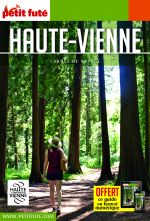