An association under the law of 1901 bringing together Sauternes winegrowers, La Maison du Sauternes is a sort of showcase for the appellation. It has 1 premier cru supérieur (Château d'Yquem), 11 premiers crus and 14 second crus classés. The appellation includes the communes of Barsac, Bommes, Fargues Preignac and Sauternes, located on the left bank of the Garonne. Among the 58 references, you will find here, Sauternes at the same price as at the property, at low prices (less than 15 euros) as well as at much higher prices for great growths and old vintages.

Open all year round. Variable opening days and times lounge the season. Personalized tasting and sale. E-boutique (shipping in France and abroad). 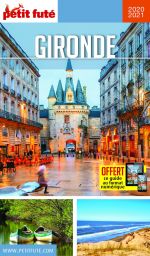