The health crisis and the multiple confinements have seen the implementation of telework in all companies where it was possible in France. Many people have taken a liking to it, so much so that they plan to continue this way of working in the years to come. For those of you who want to take advantage of the many benefits of telecommuting - autonomy, freedom - you should know that some cities in France are more conducive to this practice than others. Quality of life, coworking spaces, fiber optic coverage, ease to join a metropolis, here are the 10 best cities to telework in France

This ranking includes several medium-sized cities, which are often chosen by workers fleeing big cities to improve their quality of life. The largest city in Cher, Bourges, offers an ideal setting for telecommuting. It has a charming medieval center with half-timbered houses, beautiful monuments such as the Saint-Etienne cathedral, but also one of the last marshes in France with an area of 135 hectares. A peaceful place to walk or cycle between two work sessions at home. And Bourges is only 2 hours from Paris by train. It is also a city where culture is in full swing, and how can we not think of the inevitable Printemps de Bourges! Moreover, the city is candidate to be designated European Capital of Culture in 2028.

What if telecommuting, a contemporary practice, was done in a city that has its origins in antiquity? Welcome to Nîmes, a city of Occitania on a human scale with a remarkable heritage. The arenas, the Maison Carrée, the Magne tower, are all monuments that we marvel at every day. Nîmes is also home to several museums where you can go for a stroll on weekends with the museum of Old Nîmes, the contemporary art center..., without forgetting the garden of the Fountains, where you can continue to send a few emails from your smartphone under the sun. Nîmes also offers the possibility to escape and reach in no time the marvel that is the Pont du Gard or the beautiful city of Montpellier. The prefecture of Herault is only 30 minutes away by train.

It is true that Lille is a city where it is good to telework, because of its dynamism and its proximity to Belgium. But Amiens has more to satisfy those who dream of working from home in a more relaxed atmosphere. Moreover, the city is located in the heart of an employment area with more than 320,000 inhabitants. The downtown area is quite charming and full of historical buildings. There is also the Saint-Leu district where it is nice to sit on a terrace in the evening to have a drink or a bite to eat. And then, what better way to clear your head than to go to the Amiens hortillonnages, a hundred fertile islands irrigated by 60 kilometers of canals, which can be explored by electric boat on sunny days.

Dijon is one of those French medium-sized cities where it is good to live and work! Moreover, the city has a low unemployment rate. It also has a charming city center with many old monuments, including the Palace of the Dukes of Burgundy and the Notre-Dame church. On sunny days, you can go shopping at Les Halles and have a picnic in the green setting of the Darcy garden. Once the computer is tidied up and the week is over, there are plenty of choices to have a good time. We can go to see the last exhibition at the Consortium (the center of contemporary art), take the TGV and join Paris in 2 hours, or take the direction of the vineyards of Burgundy to walk and take part in tastings

If telecommuting evokes for some the possibility to enjoy the sun, then you should quickly pack your bags and go to the beautiful city ofAix-en-Provence. A city where you can live in peace and quiet and stroll along elegant streets and squares that invite you to slow down. Aix is an invitation to sit on a terrace to have a coffee and work on your computer under the azure blue sky of Provence. You can stop at the Cours Mirabeau. You can also take advantage of every day of the week to go to the market at the end of the morning and stock up on vegetables and fruits. Between two weeks of telecommuting, we take advantage of the weekend to take the train and in 40 minutes, it is Marseille, its museums, its animated districts and the edges of the Mediterranean which open their doors.

Another ideal city for telecommuting. A city on a human scale where you can easily stroll from one neighborhood to another on foot or by electric scooter. Le Vieux Mans, better known as the Plantagenet City, offers a real trip back to the Middle Ages with its half-timbered houses and Renaissance mansions. A day of telecommuting can end in this part of the city for a drink with friends or dinner. There is also the Sarthe river, on which you can take a ride on an electric boat from the marina of Le Mans. Perfect to release the pressure. Another great advantage of Le Mans is that it is only 50 minutes by TGV from Paris!

We are certainly in a metropolis, but Bordeaux has this energy and this cultural offer which attracts the workers in number. Besides, Bordeaux is only 2 hours from Paris by TGV, no problem to telecommute from the prefecture of Gironde and have an employer in the capital and participate in meetings. In Bordeaux, the Unesco area is full of sumptuous monuments and elegant streets. The Cité du Vin, the Bassin des Lumières and the Musée d'Aquitaine are all cultural places to stroll. If telecommuting is ideal in Bordeaux, it is also because the Garonne River runs through the city and offers a soothing setting to stroll along the quays and spend time in the guinguettes in the sunny days

Poitiers is an Eldorado for teleworkers. If the city is famous for the presence of the Futoroscope, the historical center is very pleasant to walk or cycle around. Moreover, you should not hesitate to go to the observation platform on the boulevard du Colonel Barthal to enjoy a panoramic view of the city and spot its main monuments. Why is Poitiers so attractive to teleworkers? The city has a fiber optic network that is increasingly developed, there are several coworking spaces, the price per square meter remains affordable and Paris is only 1 hour and 20 minutes by train for the shortest distance

For some, the possibility of teleworking is a golden opportunity to get closer to the mountains. In Savoie, one city stands out for its pleasant living environment and its dynamism in terms of leisure and cultural activities, it is Chambéry! Its city center is very pretty with its colored facades and its terraces. In no time, you are in the middle of the regional natural parks of the Bauges and Chartreuse massifs. All the mountain activities are waiting for those who love the outdoors: hiking, mountain biking, climbing, etc. Good to know: Chambéry is only an hour and a half by train from Lyon, perfect for a weekend getaway in the big city.

Caen is one of the most attractive cities in Normandy. It is a town where it is good to settle down to telecommute. The Vaugueux district and the Saint-Pierre street are home to superb half-timbered houses, symbol of a city where many monuments have managed to survive through the ages despite the hazards of history. You can also get interested in the past of the territory by visiting museums such as the Caen Memorial, which focuses on the Battle of Normandy. Weekends are not lacking in interest in Caen, whether you decide to go breathe the sea air on the D-Day beaches or to spend some time in Paris, which is only 2 hours away by train for the shortest trip. 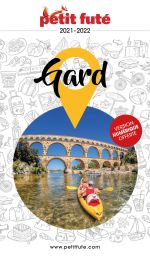 The city of Nîmes was named Gallic Rome, according to a legend that the Romans founded the city there between seven ... Read the article

The 10 best music festivals in France

As the sun comes out, festivals are making a comeback! Listening to live music, outdoors and in good company is the ... Read the article

Nîmes, at the time of its Pentecost feast

At the beginning of June 2019, from 6 to 10 exactly, Nîmes will celebrate its Pentecost fair. An unmissable event, ... Read the article