Exhibition - The Genocide of the Armenians of the Ottoman Empire

The genocide of Armenians, a precursor to the mass violence and crimes of the 20th century, is still being denied.

In the propitious context of the First World War, the dictatorial and ultra-nationalist regime of the Union and Progress Committee, at the head of the Ottoman Empire, implemented the systematic and planned destruction of its Armenian citizens: arrest and execution of the notables of the capital and major cities, massacres of adult men and conscripts, deportation of the entire civilian population to the deserts of Syria and Mesopotamia, elimination of the survivors of the death marches in concentration camps. From April 1915 to December 2016, approximately 1,200,000 Armenians were murdered.
Website: http://expo-genocide-des-armeniens.memorialdelashoah.org/
E-mail: [email protected]
Telephone: 01.42.77.44.72 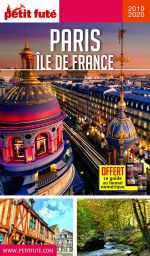 10 tips to keep your kids busy during the holidays

Going on holiday with your family is always a great moment of happiness, even if getting away with very young children ...