The exhibition entitled "A Palace for the Emperor. Napoleon I at Fontainebleau" highlights the emperor's work on the famous castle, a place in which he spent many stays and to which he was deeply attached. In particular, he ordered its renovation when Pope Pius VII came to crown the future emperor. Through an event that brings together more than 200 works, the public will discover how Napoleon invested the Château de Fontainebleau, fitted it out, but also what his major projects were for the building, including those that were abandoned at his fall. More information on the Château de Fontainebleau website. 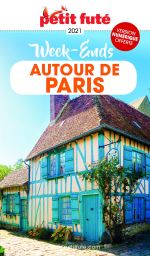 Among the original ways to discover landscapes, cities and heritage, there is the balloon flight. For the passengers, ...

Top 10 of the most beautiful landscapes of France in painting

After exploring our beautiful country last summer, we start dreaming of a road trip to the four corners of France. So ...

10 French destinations to fly over by hot air balloon

Hot air balloon flights, long neglected in favour of faster means of transport, are once again on the rise. To get away ...

10 cities to go green just a few kilometers from Paris

Parisian, Parisians, the holidays are over and you are back on your daily routine? Are you moping at the sight of all ...